What You Don't Know About Resident Assistants

It takes a lot of work--and a sense of humor--to keep a freshman dorm running. 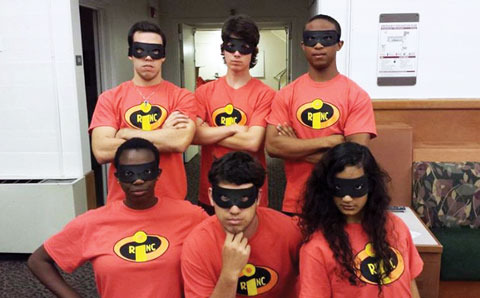 The Rinconada staff strike a pose in their dorm T-shirts. Photo: Trevor Mooney

The Rinconada staff strike a pose in their dorm T-shirts. Photo: Trevor Mooney

When Hector Perez-Cantalapiedra, '15, arrived at Larkin as a freshman, around 3,600 miles from his home in Puerto Rico, the presence of his dorm's six dedicated and friendly staffers eased his transition. "For the first few weeks, I thought they were full-time staff members, not students," he says. "That's how involved they were." That mentorship inspired Perez-Cantalapiedra, a HumBio major who's now entering med school at Northwestern, to become a resident assistant in Rinconada during his junior year, and then at the upperclassman row house Zap as a senior.

Creativity Is a Job Requirement

Around two weeks before New Student Orientation, RAs descend on their new dorms for training and planning—including memorizing the full name of every resident. (Freshmen are "a little weirded out" when their RAs greet them by name on move-in day, says Perez-Cantalapiedra, who committed 88 names to memory.) Another task is deciding on a theme. The staff tossed around Rinckelodeon, Lord of the Rincs and even Fresh pRINCe of Bel Air before resident fellow Dan Klein, '91, struck gold with Rincredibles, playing off Disney's The Incredibles. Next up was decking the common rooms and hallways with art and other decorations ("We didn't want to be the ugly dorm in Wilbur"), and then planning and filming a hilarious welcome video, a parody to break the ice on residents' first day in their new home.

Not exactly. "One of the trickier parts" of being an RA, Perez-Cantalapiedra says, was striking a balance between being friends with residents and being an authority figure, especially considering that "we're still college students, and the difference in our ages is almost insignificant." He says, "The first couple weeks were a little tough," but as the year went on, staff and residents forged more of a bond. "I think it's a matter of establishing yourself as a mentor and resource early on" and allowing the relation­ship to progress naturally. Some standards are uniform across the residences—quiet hours, alcohol policy—but it's up to the staff how to enforce them. "You don't go into the RA position saying, 'I want to shut down parties at 1 a.m.,' " he says, "but you do want to make sure everyone's comfortable." 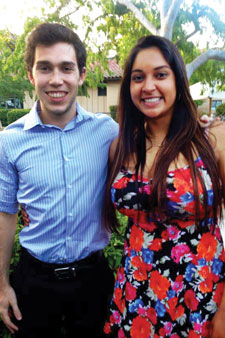 Settling In and Going Out

The most important part of being an RA for Perez-Cantalapiedra was simply being available, both on a daily basis and at events. He ate meals at Wilbur Dining, left his door open as much as he could and kept his room stocked with candy. One fellow RA even had a projector and hosted movie nights. Perez-Cantalapiedra's favorite dorm event, he says, was "Screw Your Roommate," in which roommates pair each other with a blind date for an off-campus outing: "Playing minigolf with whoever your friends set you up with is as fun and awkward as one could imagine."

They Give a Lot—but They Gain Even More

RAs have to be willing to grow, says Perez-Cantalapiedra, and to put in the effort to make the dorm feel like a real community. This often comes at the expense of their own personal time. "I'd never quite felt as overwhelmed in my life as I did during the first weeks of that fall quarter as an RA," he admits. But given the choice, he says it would be a "no-brainer" to relive his RA experiences. At the end of the day, he says, "I wanted residents to come back from class and say, 'I'm home.'"

Good people make bad decisions when they convince themselves they deserve a break from the rules.