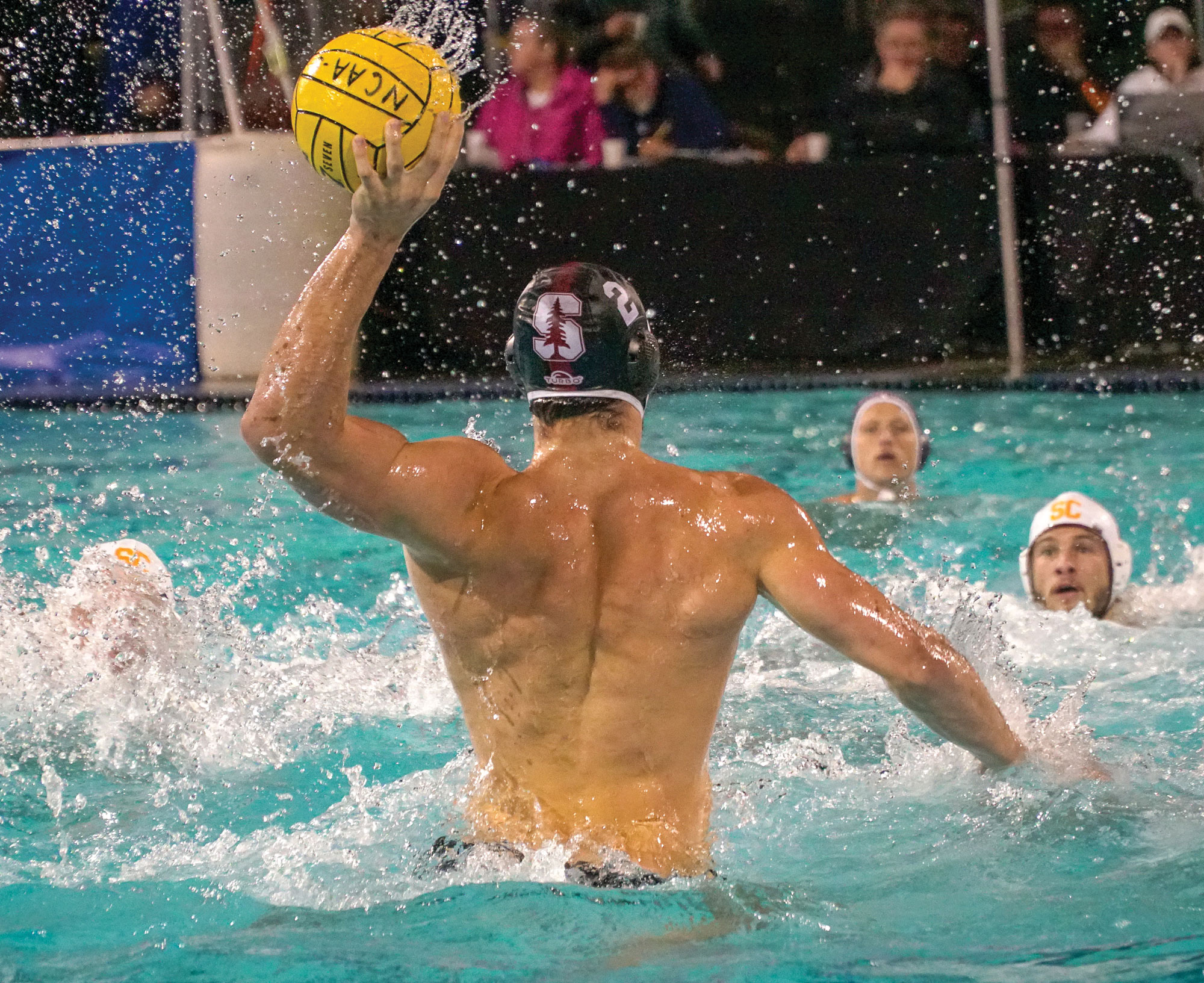 Junior Tyler Abramson is poised for triumph during the men’s water polo NCAA semifinal match against USC in December. Abramson’s three goals helped the Cardinal to a nail-biting, sudden-death overtime win. The following day, the men defeated Pacific 13–8 for the Card’s first NCAA title since 2002. Hours later, the women’s soccer team secured its second NCAA title in three years. And by the end of the month, women’s volleyball had swept Wisconsin to reprise their role as champions for a second consecutive year and bring Stanford’s total NCAA title count to 126.