George Shultz is best known for his work in the 1980s to end the nuclear arms race. But the economist and diplomat was a public servant to the end. 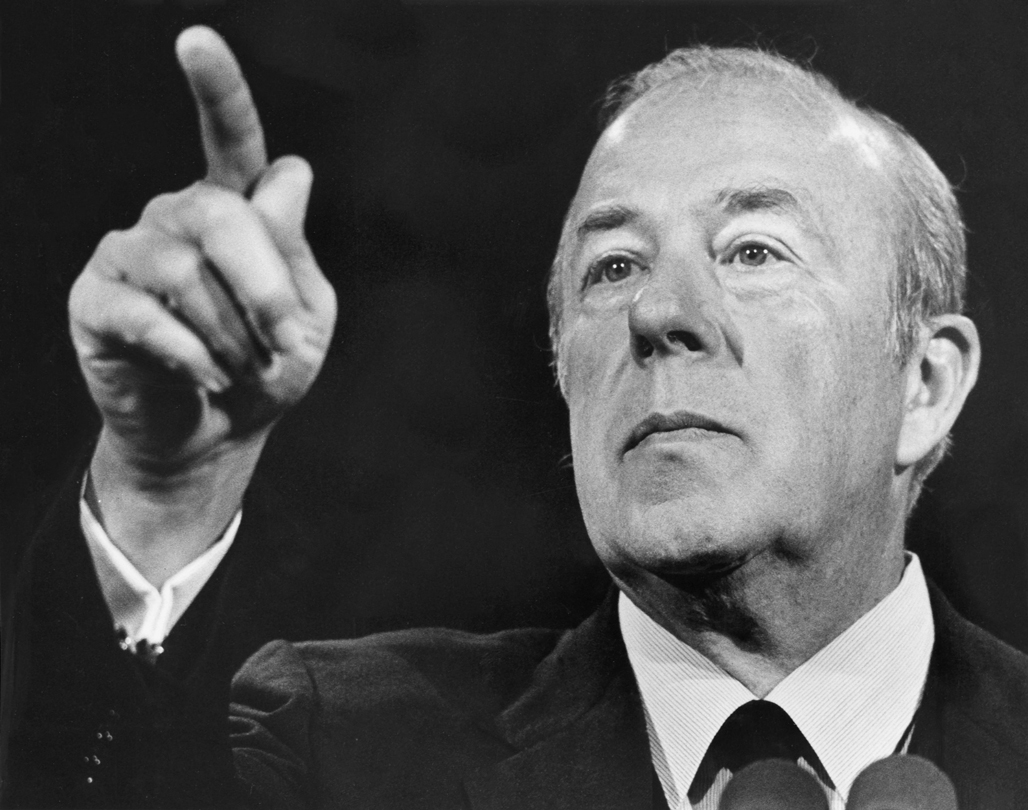 George Shultz and Nikolai Patolichev could not have been more different. Shultz grew up as an only child in a prosperous New Jersey home, attended elite universities and believed deeply in democratic ideals. Patolichev came from a Russian peasant family, was orphaned at age 12 and got his start in communist politics as a teenager. But when the two men met at a Battle of Leningrad wreath-laying ceremony in 1973—while Shultz was Richard Nixon’s secretary of the treasury and Patolichev was the Soviet Union’s foreign trade minister—Shultz was moved by his counterpart’s reverence for the sacrifices of his countrymen. A World War II veteran himself, Shultz described the pain of losing friends in battle and praised the fallen Russian soldiers “who defeated Hitler.” Then he turned toward the cemetery and raised a salute.

More than a decade after that graveside meeting, his gesture of respect and subsequent dealings had won Shultz the trust of Soviet officials conditioned to see the Americans as enemies. By then he was secretary of state in the Reagan administration; the goodwill he had fostered helped him negotiate a nuclear arms agreement that effectively ended the Cold War.

When Shultz died at 100 years of age on February 6, accolades for the four-time Cabinet member and longtime Stanford scholar poured in from around the world. Many of them touched on Shultz’s humanity and decency. “He was a gentleman of honor and ideas, dedicated to public service and respectful debate,” said President Joe Biden.

Condoleezza Rice, also a former secretary of state and now director of the Hoover Institution, called Shultz “a great American statesman and a true patriot in every sense of the word.”

‘He loved Stanford. It was the anchor of his later life.’

One of only two Americans to hold four Cabinet-level positions—he served as secretary of the treasury and director of the Office of Management and Budget in addition to heading the departments of labor and state—Shultz also was an accomplished industry executive and academician. He taught at MIT for nine years, served as dean of the school of business at the University of Chicago, and was president of the Bechtel Group, an engineering and construction firm, from 1974 to 1982. He began his 53-year relationship with Stanford when he accepted a one-year fellowship at the Center for Advanced Study in the Behavioral Sciences in 1968, and returned in 1974 for a part-time teaching position at the Graduate School of Business.

After leaving government service in 1989, he joined the Hoover Institution and was a fixture there for the remainder of his life. Shultz was an economist by training—he earned his bachelor’s degree at Princeton and his PhD at MIT—and his scholarly pursuits were “energetic and ecumenical,” says Philip Taubman, ’70, a former New York Times journalist and Shultz’s biographer. Shultz was prolific as a convener of symposia on a range of topics, from climate change to democratic governance to nuclear nonproliferation. At the time of his death, he was leading a Hoover initiative aimed at promoting international cooperation to deal with new threats, including pandemics. A Hinge of History: Governance in an Emerging New World, which he co-authored with Hoover visiting fellow James Timbie, was published in November 2020, a few weeks before Shultz turned 100.

“He loved Stanford,” says Taubman. “It was the anchor of his later life.” Shultz and his wife, Charlotte, regularly welcomed dignitaries such as Henry Kissinger and Michael Bloomberg to their campus home. (In addition to Charlotte, Shultz is survived by five children from his 49-year marriage to his first wife, Helena, who died in 1995; 11 grandchildren, including Kelly, ’10, MS ’11, and Tyler, ’13; and nine great-grandchildren.) An office and exhibition space currently under construction at Hoover will be named the George Shultz Fellows Building.

When pressed to say what he was most proud of, Shultz often pointed to the liberation of Russian refusenik Ida Nudel.

History likely will declare his efforts to end the nuclear arms race as Shultz’s chief accomplishment. Although the United States and Soviet Union had menaced each other for decades, Shultz saw an opportunity when reform-minded Mikhail Gorbachev took over as Communist Party general secretary in 1985. After the two sides failed to reach an agreement at a summit meeting in Reykjavík, Iceland, in 1986, Shultz nudged Reagan forward and brought Gorbachev back to the table. In December 1987, the United States and the USSR signed the Intermediate-Range Nuclear Forces Treaty, which eliminated all land-based short- and intermediate-range missiles.

His work in the arms talks made the world safer, but when pressed to say what he was most proud of, Shultz often pointed to the liberation of Russian refusenik Ida Nudel in 1987. Nudel, who had been exiled to Siberia and then put under house arrest for several years for her human rights activities, immigrated to Israel after Shultz helped persuade Soviet authorities to grant her an exit visa. His phone call with Nudel upon her arrival in Tel Aviv was one of the highlights of his career, Shultz told Taubman.

Shultz’s stoic public persona—reporters covering the White House in the 1980s dubbed him the Sphinx—obscured a more playful side. In 2005, the campy San Francisco comedy show Beach Blanket Babylon included a special skit for an audience that included the Prince of Wales and the Duchess of Cornwall. Onstage were Charlotte and George Shultz, portraying famous comic book characters. Charlotte played Wonder Woman. And her 84-year-old husband—friend of presidents and saver of worlds—well, he was who you might expect him to be: Superman.

Kevin Cool is the former executive editor of Stanford. Email him at stanford.magazine@stanford.edu.

With a long life of service to his credit, George Shultz is still on active duty.