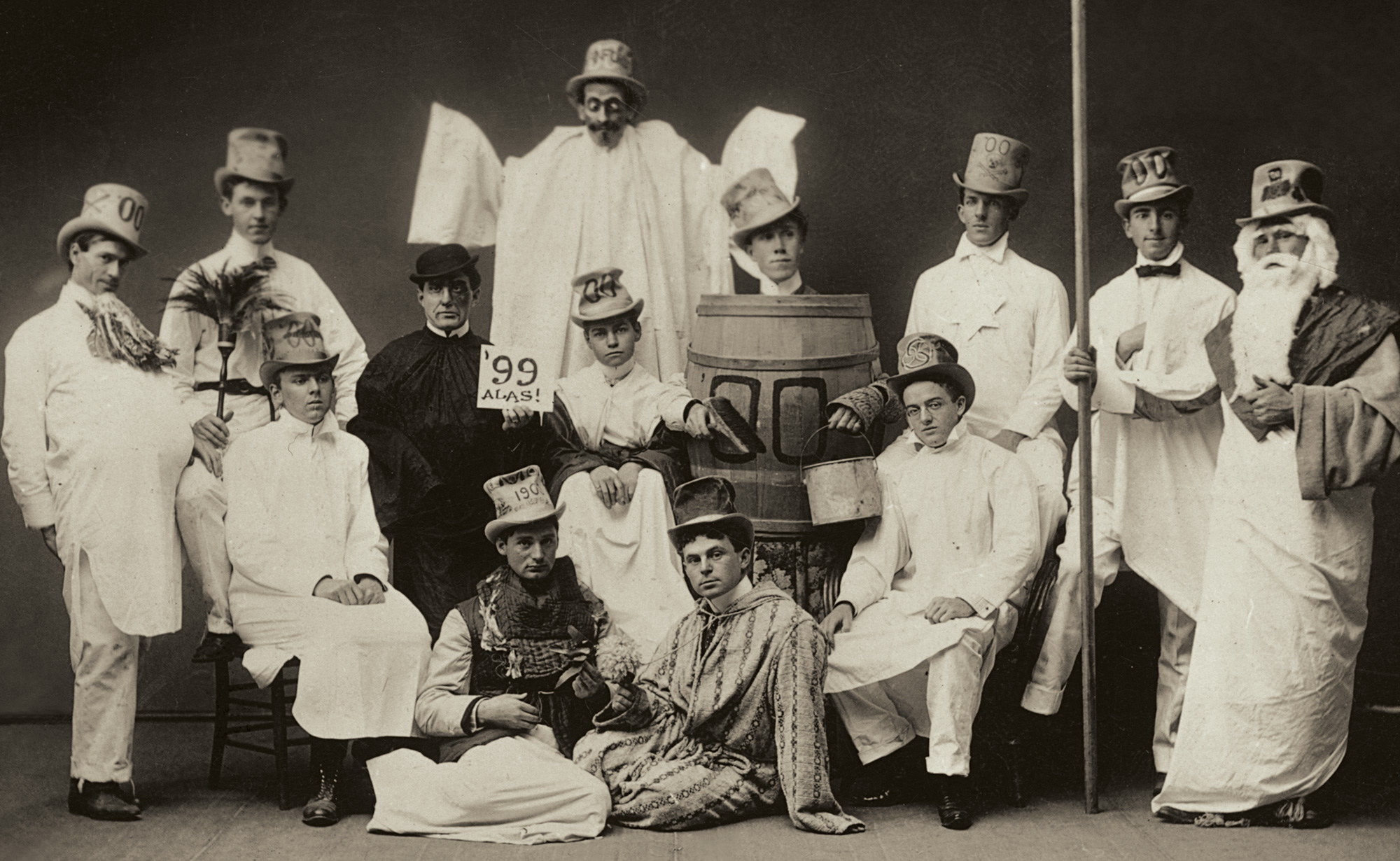 Poor Raymond Wheeler should have known he had a target on his back. The Stanford junior from Pasadena was a popular figure on campus—the San Francisco Call newspaper deemed him "one of the best known and liked of the undergraduates." But in November 1909, Wheeler was first and foremost chair of the Plug Ugly, the wildest night in the Stanford calendar, when the junior class christened its official hat—known as a plug—in an outdoor show lampooning everyone, especially the seniors. And that made Wheeler fair game to those who preferred throwing the first punch to waiting to hear themselves be mocked onstage.

Two days before the show, a telephone message lured him to a fake meeting at Encina Hall. On his way there, a waiting mob threw him handcuffed and shackled into a horse-drawn carriage that galloped into the night with several other unfortunates. "The Seniors and their prisoners are encamped in a lonely and mysterious spot in the hills to the southwest of the University," the Daily reported. 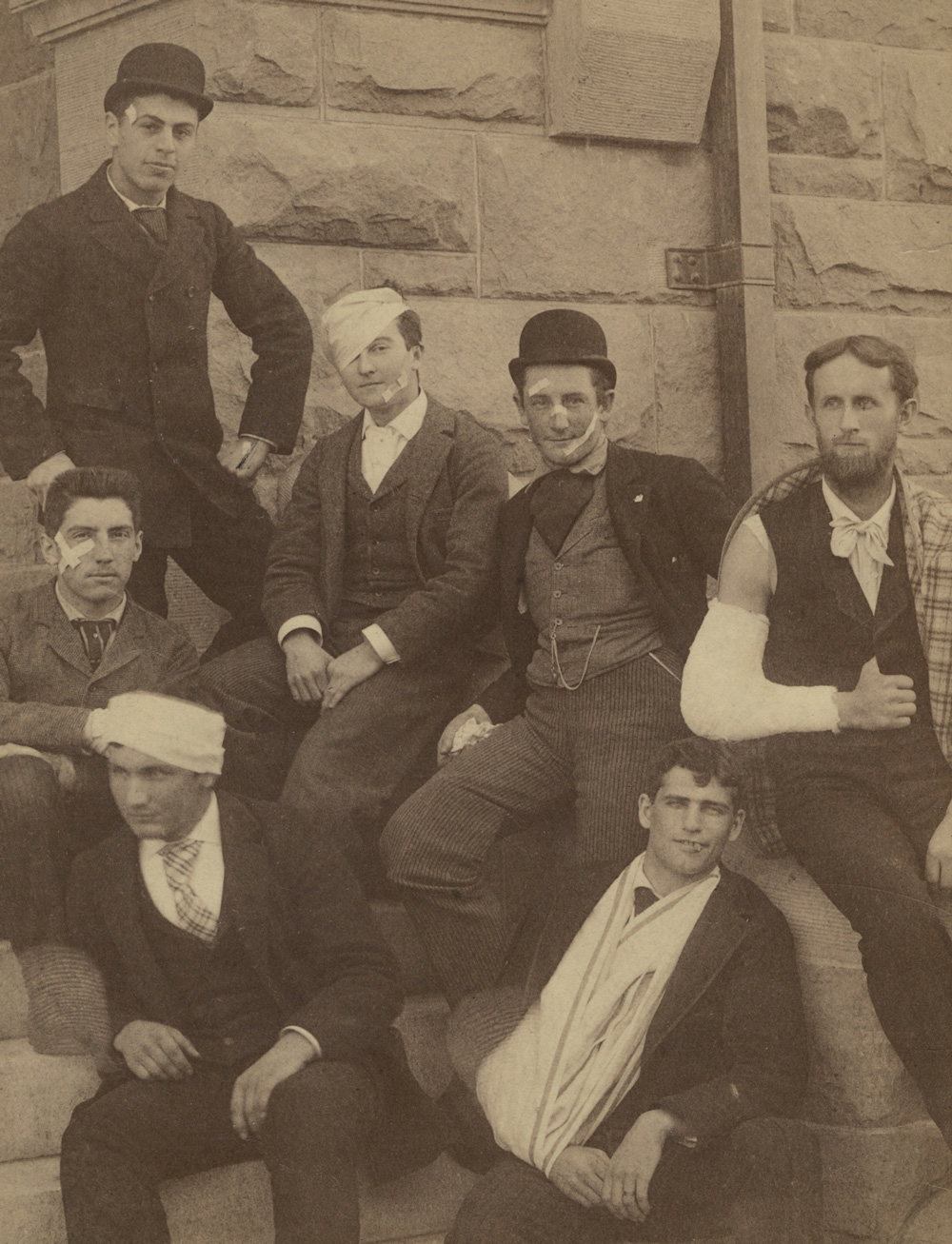 So began the most raucous rendition of perhaps the most raucous tradition to ever haunt the Farm until the Plug Ugly's demise 100 years ago this fall. Not that it had started as a hellion's holiday. The first one, in 1898, was a campy, pseudopagan ritual to celebrate the juniors' ascension as upperclassmen—and to honor their newly selected hats. The event climaxed with the "Priesthood of the Tall Tile" leading the masses in procession behind a 10-foot-tall plug.

The fashion for plugs—top hats, essentially—was an import from Berkeley, but the rest was pure Stanford. And at a young college acutely aware of its lack of tradition, the homegrown hokum found fertile soil, says Josh Schneider, assistant university archivist, who has researched its origins. Indeed, the Daily immediately pronounced the Plug Ugly "the greatest outdoor class ceremony that Stanford has ever seen," assigning special credit to the respectful student spectators.

Perhaps inevitably, the niceties wouldn't last, given the etymology of the event's name. The original Plug Uglies were a bygone East Coast street gang notorious for stuffing their eponymous hats with rags as protection against truncheons and fists, Schneider says. As if to nod to its gangster inspirations, the show's jokes eventually turned more barbed, the audience more unruly. Performers routinely struggled under a torrent of jeers, food and even firecrackers.

But the real mayhem began once the Plug Ugly performance ended and the upperclassmen raced to settle their scores in the Quad. The juniors arrived bedecked in plugs lacquered with so much paint they could double as cudgels; the seniors lay in wait to crush them.

There were rules—supposedly: "The Juniors have a right to hit a Senior over the head with their plug," the Daily wrote," but the Junior must at the command of the Senior put his plug on his head so the Senior can hit him."

Black eyes, bruises and occasional bouts of unconsciousness didn't seem to alarm the administration. Despite high-minded opposition to violence—Stanford, along with Cal, took a lonely stand against the dangers of college football by suspending its program for a decade starting in 1905—Farm life came with a brutish edge. Some freshmen slept in armed groups to ward off hazers, a state of affairs apparently enabled by the administration's reluctance to meddle. "Persons fit to be in college are fit to look after their own affairs," Stanford President David Starr Jordan said. 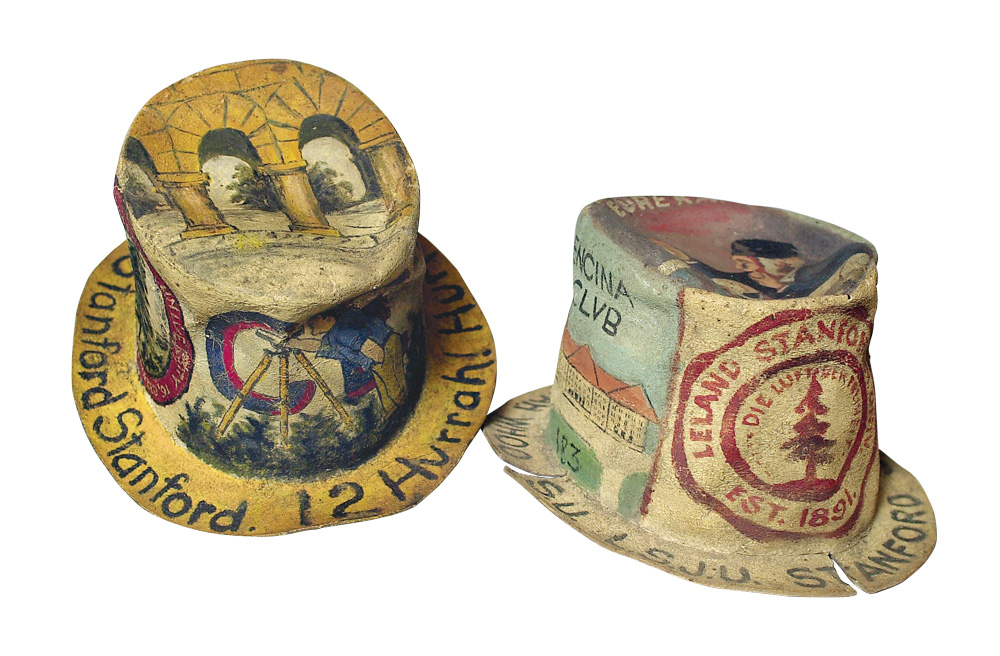 Morality, though, apparently required a heavier hand. In 1908, all seven members of the Plug Ugly planning committee were suspended indefinitely a day after the Plug Ugly show. Their punishment was striped across the top of the Daily, though the actual offense was hard to discern. Their alleged crime: offending the female student body, even if the female student body hadn't felt particularly offended.

"It matters little to me whether the University women consider themselves insulted or not; I consider them insulted," Jordan told the San Francisco Chronicle.

Appeals to virtue didn't do much to stop the mix of violence and vitriol from turning explosive, and it peaked in 1909. Even before the show, emotions had been running high after the kidnapping of Wheeler and the others. Instead of awaiting their release, their classmates staged a dramatic rescue, catching the seniors playing cards on King's Mountain and binding them in their own shackles. To really apply the burn, the juniors then made a spectacle of themselves plundering their former captors' food.

Bound, gagged and stripped to their underwear, the prisoners were released just before the night's performance. Inflamed by the juniors' insolence, the seniors greeted the show with any missile they could get their hands on. A double layer of chicken wire pulled across the outdoor stage did little against the deluge of eggs, milk and "all species of vegetable."

The juniors had the last laugh again, though. The performers' ruined clothes belonged to the once captured seniors. 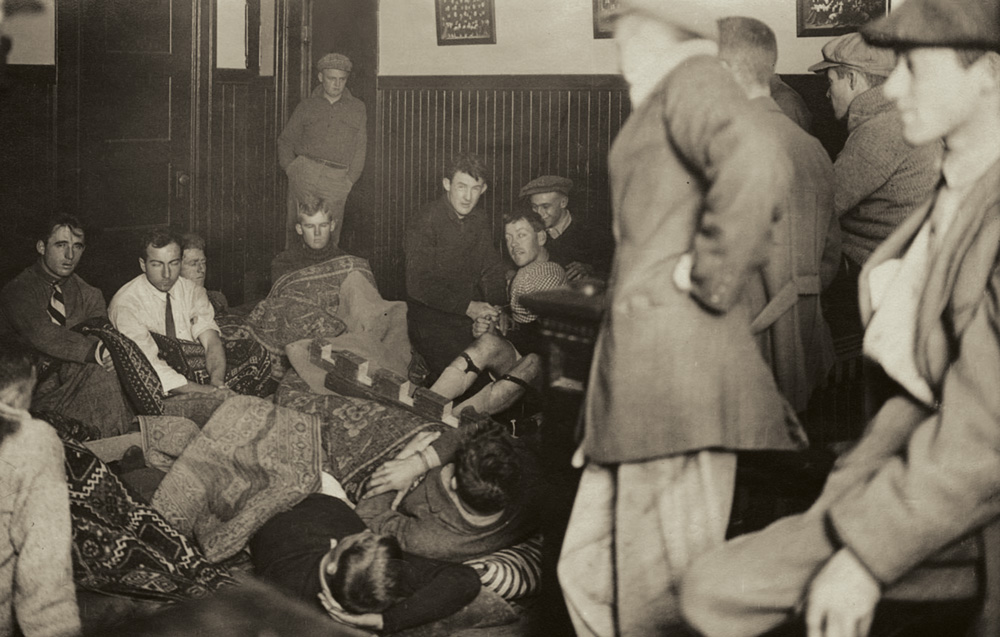 TAKEN: Wheeler and others were kidnapped in 1909.

This fresh outrage set the table for the ensuing carnage in the Quad. Class warfare, waged with fists and plugs, lasted over an hour until someone turned off the lights—an act of mercy, not to mention sanity, that allowed the wounded to be carried to the porch of the nearby Stanford Inn. Several were barely conscious. "MANY DISABLED IN JUNIOR PLUG UGLY," the Call blared.

Wheeler didn't fare well. Rescued from his kidnappers, he apparently entered the fray with more gusto than was good for him. "He was in the thick of the fight last night and fell under foot owing to the force of one of the senior charges," the paper wrote.

Wheeler, at least, recovered well enough to make a report two weeks later revealing that the juniors had lost $125.25 on the show, which was normally a moneymaker. He would make headlines again later in the year after eloping in Hollister with a senior, the surest proof that, in his case anyway, the interclass enmity was temporary. 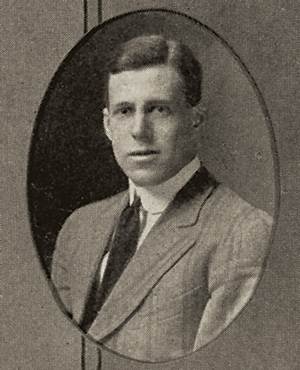 Others reportedly suffered far more lasting harm. Writing anonymously in the Daily six years later, a fellow veteran of the '09 Plug Ugly recalled the night's madness in a letter calling for the event's abolition.

"When it was over I was found on a table in front of the Inn by a search party," he wrote. "For twenty-one weeks I lay in the hospital, spending a large portion of the family income on specialists' consultation fees, and for the next twelve months was paralyzed or worse . . . I trust that the Plug Ugly may die."

The violence was shocking even by the standards of the day. The juniors quickly voted to rein in the "inhumane and dangerous" ritual, resulting in a far tamer encounter the next year, with the postshow fight lasting just 15 minutes. In 1911, new rules installed an armed referee who could stop the fight by warning shot if needed.

Still, mischief flared again. The event was canceled in 1913 after four juniors were suspended for publishing "an indecent poster," only for a student vote to result in its re-instatement. But by 1915, with real war raging in Europe, opposition reached a decisive point, led by the Daily's campaign to have the "Plug Ugly mishap carted to the brink of a deep hole in the ground and dropped."

It wasn't just the violence that galled opponents—other campus rituals were rough. It was the fact that the conflict pitted juniors against seniors, men supposedly refined by their years in college.

"There is to our knowledge no other institution of equal repute with that of Stanford, which fosters a display of illogical animus between members of upperclasses," the Daily wrote. "Surely, some of us believe that Stanford spirit, and college enterprise are built of better stuff than empty-headed conflict decked out in a vapid pretext of class loyalty."

The event's defenders decried those without "enough pep to crawl out of their white collars and get into a good rough house." But the opposition overwhelmed them. On October 28, 1915, a record turnout cast ballots: 110 seniors voted to end the Plug Ugly, 86 to keep it; 144 juniors wanted it axed and 68 didn't. The Plug Ugly was history, soon to be little remembered.

Only a decade later, a Daily writer looked back in bemusement at the "weird ceremony" that was once so central to campus life. "The Plug Ugly, one of the most ancient of Stanford traditions, has been dead ten years this autumn. [O]ther wars in Europe soon caused it to be forgotten forever."