Extremism in defense of dinner is not a virtue. 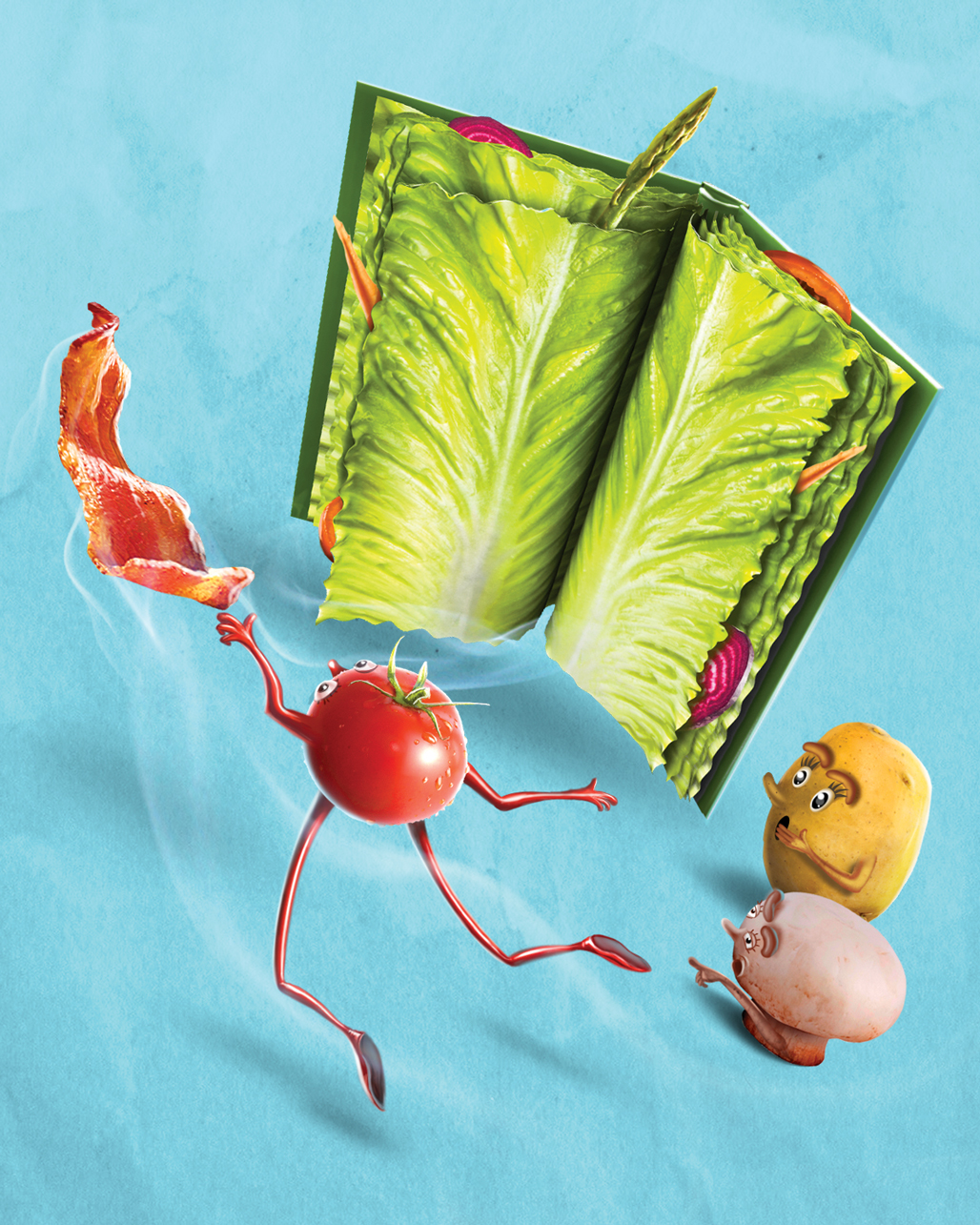 When I went home to Austin last summer, my parents were still trying to convince me—a fairly new vegetarian—to eat meat. "Are you sure you're getting enough protein?" my mom would hint. On the occasion of one meatless dinner, my dad stormed out of the kitchen, muttering under his breath about special treatment. The way he saw it, brown rice and veggies didn't make a meal.

The next time I saw them, at Thanksgiving, they had become vegans.

My dad is an electrical engineer, and my mom has her PhD in botany. They pride themselves on their scientific worldview. Still, when it comes to nutrition, all bets are off. It would be unfair to call my parents fad dieters—they're not going to order the "cookie diet" from SkyMall—but they can't resist a good nutrition book. One year, it was The South Beach Diet: My dad stopped drinking orange juice, and my mom lingered in the grocery aisle, comparing the sugar grams in whole-grain cereals. During a summer of reverence to animal products, it was Why We Get Fat: My dad made omelets for lunch and my mom splashed half-and-half into her coffee with reckless abandon. In the fall, it was The China Study: Soymilk shoved the 1-percent to the back of the refrigerator.

My parents aren't really at fault. Nutrition sometimes seems to be the final frontier of science—odd, given that it's a topic so close to our hearts (and arteries). Whatever you think is good for you, some study will back you up. On the flip side, try Googling any food + "causes cancer": More than likely, someone out there says it does. With each MD and PhD claiming something different, it seems fair to throw up your hands and conclude that the "experts" don't have any expertise at all.

My brother, our family's only remaining carnivore, says that my parents' veganism is a result of propaganda: After watching Forks Over Knives, a documentary about choosing a plant-based diet, my parents needed little other evidence to make the switch. I won't claim to be immune. Jonathan Safran Foer's Eating Animals singlehandedly turned me from a dispassionate meat-consumer-out-of-convenience to a self-identifying vegetarian.

It's been more than a year, but I still sometimes think of myself as a bad vegetarian. I take too much comfort in the idea that, by not eating meat, I'm doing my part for the planet. I rarely bring up my vegetarianism, and if someone asks, I tend to shrug and mumble, "I never ate that much meat anyway, so, I mean, you know." Clearly, I'm not going to convert anyone soon.

In my home state of Texas, where barbecue is an object of worship, it's sometimes easier to go hungry than to face even good-natured ridicule about my vegetarianism. But even at Stanford, where opinionated debate is respected, I'm scared of becoming "that crazy animal rights girl." Because I'm not that person. If the goal is change, proselytizing strict veganism seems the wrong way to go about it.

"Since I ate vegetarian in honor of your birthday, will you eat meat in honor of mine?" my friend Trevor jokingly asked me. The idea wasn't appealing, but I realized that I don't have a fundamental objection to eating meat occasionally. We're used to "vegetarian" and "vegan" being labels: Either you are one, or you aren't. But this seems to discourage people from embracing a plant-based diet—they think it's all or nothing. Really, it makes more sense to treat these labels as part of a spectrum. My parents hardly fit the vegan stereotype—they don't wear hemp, and they won't get close to anything called "textured vegetable protein." My mom calls herself a vegan, but not a "religious" one, and surrenders to her love for yogurt once in a while. My dad, once our family's steak guru, is now perfecting his chana masala, although he lives in fear of being associated with what he calls the "militant vegans" of PETA.

At my family's first vegan Thanksgiving, there was turkey on the table. My dad passed on the meat, but my mom ate a couple slices. We might joke about whether she qualifies as a "real vegan," but ultimately, it comes down to eating what you feel good about. And while I try not to talk about factory farming at the dinner table, I can still stand up for my food choices. My new goal? To spark an intelligent dialogue between meat-eaters, non-meat-eaters and everyone in between.

If you insist that broccoli causes cancer, though—that's where I'm drawing the line.

Helen Anderson, '14, is a Stanford intern.

Two Against the Odds

The lungs that Ana and Isa Stenzel were born with could take them only so far. But with vigor, determination and organ donations, they are aging, gratefully.

Don't Believe Everything They Tell You

Hoover memoir exposes what others tried to hide.