Alumnae and friends pool their funds for greater impact. 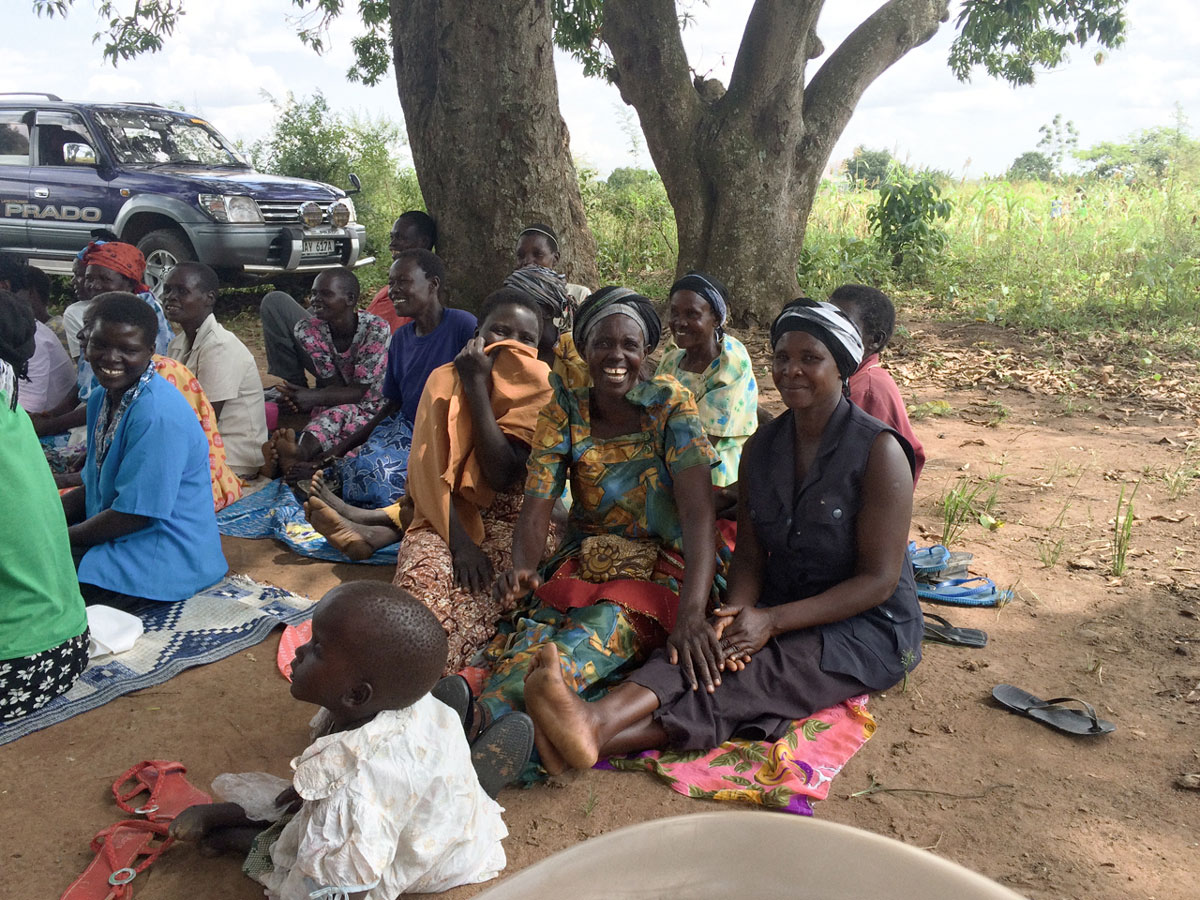 One grant paid to hire and train women in an African village to track and collect data on endangered zebras. Another covered the purchase of a four-wheel-drive SUV to transport NGO staff to rural towns in Kenya, where they gave microgrants to widows starting small businesses, like serving up food from a roadside hibachi grill or rearing goats and chickens to sell eggs, milk and offspring. A third grant paid to build girls’ restrooms in South African schools, giving female students a safe and private place for personal hygiene.

Six times a year, 13 to 19 Bay Area women gather to choose projects they want to support to improve the lives of women and children internationally. Their grassroots group, Caridad Partners (caridad means “charity” in Spanish), began 13 years ago when Stanford development officers Pam Cook and Patricia Stirling decided to set up a giving circle. To date, the circle has included 14 Stanford alumni and five former staffers, and has made $500,000 in grants.

The idea of a giving circle, Cook explains, is to combine the donations of many to have a greater impact in giving. Call it a community foundation writ small. Each member of Caridad commits to donating $3,000 per year. The group makes its decisions through voting, usually funding three or four projects annually. Each gift, typically $8,000 to $20,000, goes straight to a Bay Area nonprofit that assists women and children around the world to improve education, health, economic self-sufficiency or environmental outcomes.

“We’ve discovered there are amazing opportunities to change people’s lives,” says Cook. “Such a small amount of American giving goes overseas, yet it can have such huge impact. We hope there’s a ripple effect and that our gift, being bigger because we work together, will inspire others.”

Each member of Caridad commits to donating $3,000 per year. The group makes its decisions through voting, usually funding three or four projects annually. Each gift, typically $8,000 to $20,000, goes straight to a Bay Area nonprofit that assists women and children around the world.

Caridad’s “sweet spot,” says treasurer Debbie Hall, MBA ’81, is making grants to organizations that fall between a “raw start-up” and a million-dollar NGO.

“We want our combined gift to be meaningful to the recipient,” says Hall, “and to be moving them forward on something new for the organization.”

Unlike foundations that solicit grant proposals, Caridad Partners conducts its own research and outreach. In the fall, two committees explore nonprofits that fit their interests. Come February, the committees bring their recommendations to the full group, which votes on which ideas to pursue. Caridad then invites a few NGOs to come to a meeting in April to present specific projects for which they need funding. After the presentations, the members vote, determine the amount of each grant and notify the lucky grantees. More than a year later, the recipients report on how they have spent the money and what they have accomplished, and everyone celebrates at a so-called gratitude dinner.

The World in a Box

Nepalese schoolchildren get a better way to learn.