Director Sharmeen Obaid-Chinoy, MA ’03, MA ’04, took home her second Oscar in four years, this time for the documentary A Girl in the River: The Price of Forgiveness, which examines honor killings in her native Pakistan. The film’s ultimate success, however, goes beyond its award for best documentary (short subject). Obaid-Chinoy, near right, told the audience that after Pakistan’s prime minister saw the movie, he said he would change the country’s laws regarding honor killings. “This is what happens when determined women get together,” she said in a speech that the Huffington Post called the most powerful of the night. Best picture, meanwhile, went to another film about exposing unsettling truth—Spotlight, an account of the Boston Globe’s investigation into the conspiracy to cover up sexual abuse by clergy. Jonathan King, ’86, above right, executive vice president at Participant Media, was an executive producer of the film. 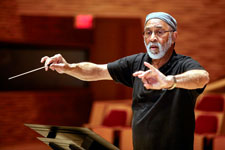 You don’t have to tell Stanford jazz lecturer Fredrick Berry, Gr. ’69, what it means to pay your dues—the phrase, as it’s often used now, originated in the jazz world. Now, after more than 50 years as a professional musician and jazz educator, Berry is getting some much-deserved time in the spotlight. As a performer, he’s played with everyone from Count Basie to Ray Charles and is a charter member of the Association for the Advancement of Creative Music (AACM). In addition to a busy independent schedule, Berry directs the Stanford Jazz Orchestra and teaches several jazz history courses on campus, where he’s been a member of the faculty since 1991. In recognition of his career and contributions to the Bay Area jazz scene, this past spring the California Alliance for Jazz inducted Berry into its Hall of Fame. 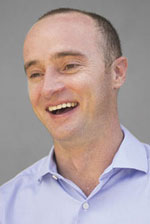 We love books, whether in printed form or on a high-res display. Avid readers can tote new releases (and a few not-so-dusty classics) wherever they go with nary a backache, thanks in part to the discoveries Barrett Comiskey, MBA ’04, made during his nights and weekends at the MIT Media Lab as an undergrad. Electronic ink, a technology imagined by MIT professor Joseph Jacobson, a former postdoctoral fellow at Stanford, enables changeable text on energy-efficient, ultrathin displays to be nearly as readable as ink on paper. In May, Comiskey will be inducted into the National Inventors Hall of Fame, along with co-inventors Jacobson and Jonathan Albert, for their technological breakthroughs, which helped pull the paper-bound publishing industry into the digital age.

During a prolific and sometimes perilous 16 years, Stanford's first 21st-century president remade the university from the inside out.