Born in a dugout canoe, raised in the Amazon, where he grew up hunting with blow darts, and undeterred by years of surviving on restaurant leftovers as a teen seeking an education, Miguel Hilario, MA ’01, MA ’05, PhD ’10, has already lived a storybook life. A scholarship to a religious school in Texas opened the door to academia, an opportunity he seized, ultimately attending Stanford and Oxford universities. But Hilario, a member of the indigenous Shipibo-Conibo people, is looking to add an even more unlikely chapter to his biography: the presidency of his native Peru. Hilario is a candidate for the Progresando Perú party, running as a reformer against corruption. “No politician should have a blank check,” he says. The election is scheduled for April 10. 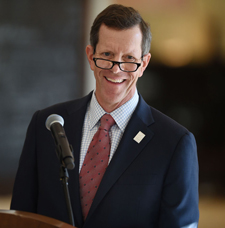 Ivan Maisel, ’81, has been on the national college football beat for nearly three decades, the longest unbroken streak in the country. And the ESPN senior writer—and podcaster—shows no signs of slowing down, having won the annual Best Game Story award from the Football Writers Association of America in each of the past three years. In January, the association bestowed a bigger honor on Maisel, naming him the 43rd recipient of its Bert McGrane Award for “outstanding contribution to the organization.” “I can’t imagine an award more worthy than one selected by your peers,” the Stanford Daily alum said after he was named winner. “The Bert McGrane Award winners are featured in the College Football Hall of Fame, and there can’t be anything cooler than that.” 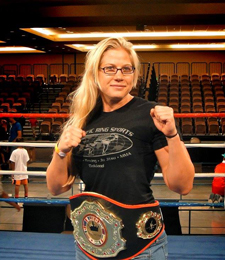 As a competitive boxer, Meg Smaker, MFA ’14, didn’t exactly do her research before going to Cuba intent on training for an upcoming fight. The day after arriving, she learned the country bans women from boxing, a sport for which its men are celebrated. But as a documentary

filmmaker, Smaker soon turned the restriction to her advantage. The result is Boxeadora, the true story of Namibia Flores, a Cuban woman who has been training in secret for years in hopes that an end to the ban would allow her to realize her Olympic dreams. The film, which was Smaker’s thesis project for her master’s in documentary film, won bronze at the Student Academy Awards last fall and Best Documentary Short at South by Southwest.

To restore our gut, get good and dirty.