Tear Up This Tree

Somewhere in you is a rebel with a crayon. 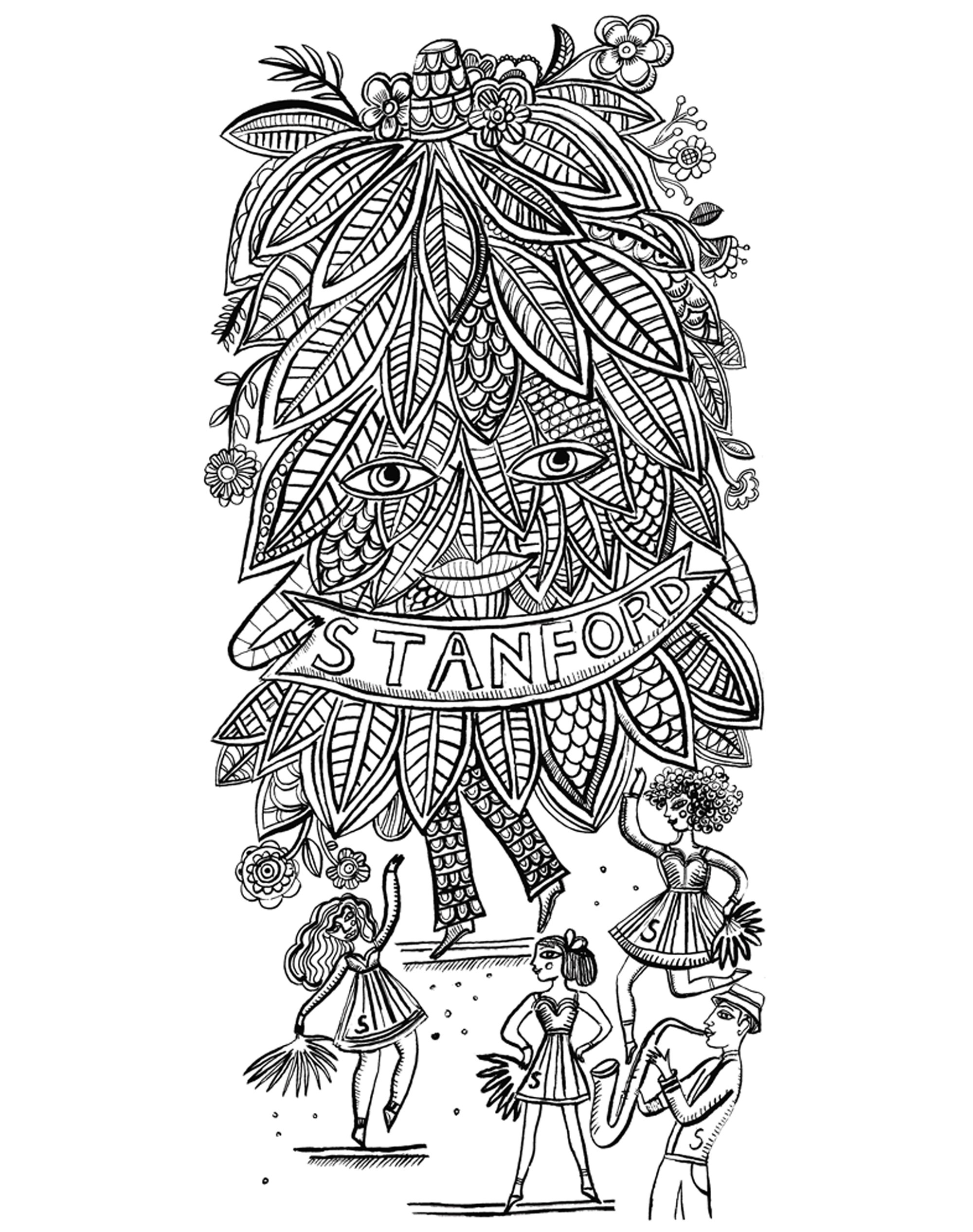 Once the jurisdiction of preschoolers forced to sit in restaurant booths, coloring has become an Instagram-worthy adult hobby. Some 12 million adult coloring books were sold in the United States in 2015. And that was long before we hit peak anxiety during months of social distancing. Coloring has been touted as a way to recapture childhood, an inexpensive stress buster, even a formal mindfulness practice. And assistant professor of art history Emanuele Lugli gets all of that. “Everything that has precise borders and contours and where the rules are extremely clear and easy to follow—something you can do without any critical faculty involved—is by definition relaxing,” he says.

Lugli, who teaches late medieval and early modern art, says maps were the first meaningful instance of coloring, providing clear definition and boundaries in times of contested borders. Still, he says, as a skill, coloring generally has been less valued than drawing. Coloring pictures for children, created in Victorian England, were “part of a particular educational principle that education is about learning how to behave in society,” he says. The 1879 Little Folks Painting Book, often described as the first coloring book, instructed children on appropriate behavior, from the importance of waking up on time to the final message: “never be discontented, never wish for anything you cannot have.”

So, literally and figuratively, stay within the lines.

When Lugli wrote about this history for Slate in 2020, he was inundated with messages from angry (even threatening) readers. But Lugli says he had no intention of disparaging anyone’s nature scenes. He, too, has enjoyed coloring. It can build motor skills. It may be soothing. But as presented, he does not believe it’s building much artistry. If you’re looking to work your creative muscles, Lugli recommends filling in spaces with patterns rather than solid color, or using the outlines provided as mere suggestion. (Go ahead, add some purple—nay, Jazzberry Jam—Crayola cupcakes here. Something tells us the Tree is an outside-the-box thinker.) Or take Lugli’s suggestion to rip up this page and reassemble it into a collage. And please send us a photo.

How to Improve Your Memory

All that info you put in your noggin isn’t much good if you can’t pull it back out. Try these 3 tips for boosting your recall.

Made for Youth, by Youth

A new arts center in East Palo Alto takes its cues from the teens it is designed to serve.