Something More About Mary 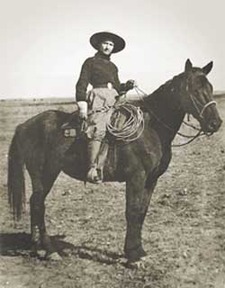 A few weeks after excerpts from the 19th-century diaries of Mary Freeman appeared in the November/December issue (“Roble Confidential”), we heard from a Nevada historian who filled in some of the gaps in Freeman’s life story.

According to Cherry Jones, president of the Nevada Women’s History Project, Freeman spent several summers before, during and after her years at Stanford at a ranch in Stillwater, Nevada, that her father had purchased when she was 12. Freeman, who graduated from Stanford in 1897, married Edward Armstrong in 1902. Fifteen months later, he was murdered by a man who claimed Armstrong had ruined him financially. In 1908, Freeman married John Hammond Crabbe and moved to San Francisco.

Freeman was an avid amateur photographer, and many of her photos from the 1890s and early 1900s—which she developed herself—are among the first documenting interactions between members of Nevada’s Paiute tribe and local families. “They have also provided wonderful information about the history of Nevada women,” Jones adds.

Freeman’s photographs appeared in a traveling exhibition in 1994.

When Faculty Are Sidelined-And Love It