So Close Yet So Far

For the Pasternaks, letters meant everything. 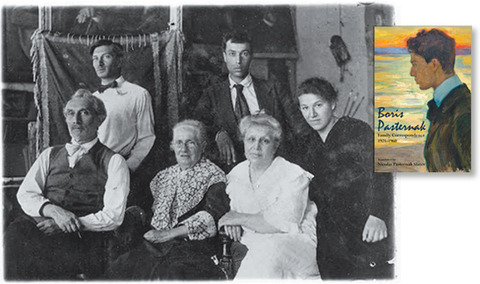 As more people conduct their long-distance communications instantly, it is harder to appreciate how crucial old-fashioned letter writing once was. To Russian writer Boris Pasternak (1890-1960), letters were virtually the only link to his parents and sisters during the last four decades of his life. (He and his brother, Alexander, stayed in Russia after the revolution, but by 1921 the rest of the family had moved to Germany, eventually settling in England.)

For Russia's foremost 20th-century poet, best known abroad for his novel Doctor Zhivago, correspondence was subject to the vagaries of Soviet rule. Mail might arrive months late, or never. Given tight surveillance and the threat of retribution, Pasternak used euphemisms—a friend's execution becomes "meningitis" brought on because "he thought too much." Or visitors served as couriers. But for 10 lost Cold War years, he was completely cut off from siblings Josephine and Lydia. (Both parents had died by 1945.)

Still, surviving letters published for the first time in English by the Hoover Institution Press this year—Hoover houses the largest collection of Pasternak papers—reveal unbreakable bonds. For all of today's communication tools, and freedoms of movement and speech, it's hard to imagine a 21st-century family with stronger emotional connections than the forcibly estranged Pasternaks. And they go on: Boris Pasternak Family Correspondence 1921-1960 was translated by Nicholas Pasternak Slater, Lydia's son, and edited by his wife, Maya Slater. Boris's son and daughter-in-law edited earlier Russian collections.

Shared artistic passions provided much of the family glue: Boris's father, Leonid, was a well-known painter; mother Rosalia a concert pianist. Boris studied musical composition before devoting himself to poetry, and both sisters were published poets. Cultural shoptalk pervades their letters and reveals Boris's deepest thoughts on the creative process.

His letters also chronicle personal struggles—love triangles, isolation, a suicide attempt—in a Russia wracked by famine, war and repression. Yet he frequently exudes joy. "My happiest memories are of the difficult, hard-up periods of my life—they have more earth, more colour, more of a Rembrandt character," he writes. "I need life to subject me to hardship." Life obliged.

Eunice Kennedy Shriver exemplified the drive to make a difference.

The sardonic plays of Andrew Hinderaker ask whether we ask too much of men.