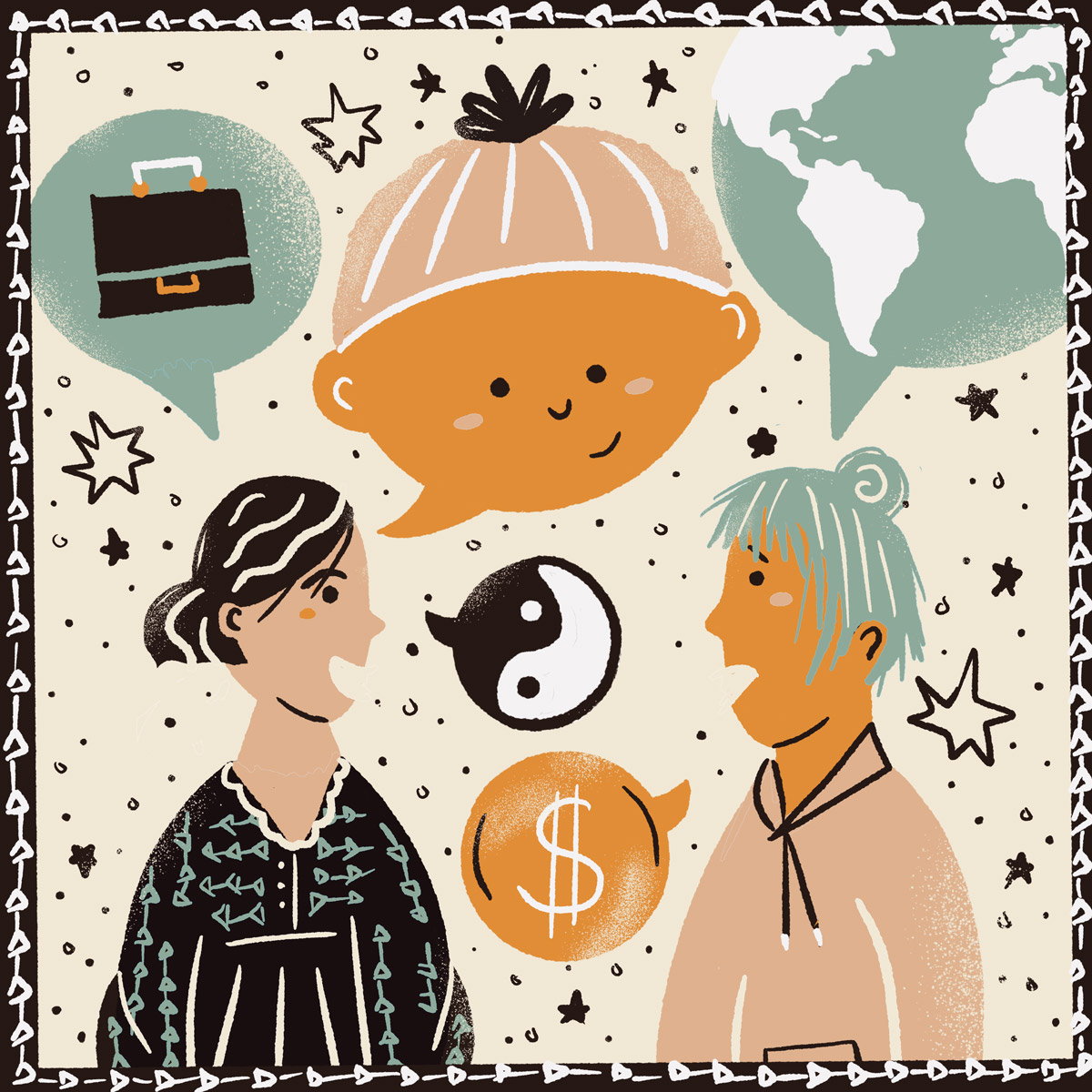 There is a grim irony in current coming-of-age narratives. On average, adults born after 1980 are more educated than our parents and grandparents. Yet the share of young adults today making more money than their parents did at the same age has declined over the past 40 years. And millennial households have a lower median and average net worth than Gen Xers did at their ages. Add to that a healthy dose of existential worry and many of us navigating our “prime” reproductive years may be wondering: Should we have kids?

No one should presume to answer that question for another person. And the simple idea of childbearing and parenthood as a choice is itself a mark of privilege. Still, many will wrestle with the possibilities and trade-offs of parenthood. On their behalf, we asked five experts in various fields for their thoughts on kids, family and the future.

Try this thought experiment: What might be the quality of a future child’s life? What is the likely effect that the child would have on others? Todd Karhu, a postdoctoral scholar in philosophy with Stanford’s McCoy Family Center for Ethics in Society, says ethicists would start here when ruminating on present-day parenthood.

If this sounds impossible to calculate, Karhu acknowledges that we can never fully know in advance what a potential child’s life will be like. Still, he says, we are rarely completely in the dark, and “the probabilities and magnitudes of the different possible outcomes matter.” Will the life of a child, estimated on average, be bad or good? If it’s bad, how bad? If it’s good, how good?

Some antinatalists (literally, those “against birth”) think that it’s unethical to have children because the average life (even in a developed country and with an assumption that the most difficult of hardships could be prevented) contains more bad experiences than good. Antinatalists point to various biases that may lead people to overestimate the actual quality of their lives. For example, as time passes, people may remember their positive experiences as better than they actually were, and forget just how bad their negative experiences were.

Karhu, though, has never been convinced by this antinatalist reasoning. For one, he doubts most people are so biased as to misjudge whether their lives are worth living at all. Also, many of our biases may be absent when we are evaluating the quality of other peoples lives—yet, Karhu says, we tend to think that most of those around us have lives worth living, too.

Others might agree that children are likely to have lives worth living, but arrive at the antinatalist conclusion by calculating the harm a child would have on others (from the resources they use up to, one supposes, the number of hours they might spend wailing on cross-country flights). Here Karhu is less sure. Still, he thinks would-be parents shouldn’t lose sight of the many ways that the person they are considering creating can improve the lives of others.

Some religions offer strict frameworks about reproduction and family life; others leave room for interpretation. Either way, our beliefs can have meaningful influence on a decision to have children.

Take Buddhism: Trent Walker, a postdoctoral fellow in religious studies who specializes in Southeast Asian Buddhism, says that in some Buddhist texts, children are said to have chosen their parents. This suggests an assumption that people will try to have kids, he says. “Buddhists believe humans are living just one of many lives within a cycle of birth and death called samsara. Every single living being, at one point, has been our mother and our father. And we have served as parents and children to every other living being.” Thus, says Walker, a practicing Buddhist himself, the gift of a human body is rare and “can never really be repaid.”

‘Easy IVF’ could lower the risk of genetic disease and eliminate the notion of a biological clock.

On the other hand, he says, other interpretations of Buddhist text suggest that having children and being connected to a family might be antithetical to Buddhist ideals of renunciation, or letting go: “There is the idea that somehow family life is ‘crowded and dusty.’” Not exactly conducive to liberation from worldly things.

From surrogates to sperm donors, intrauterine insemination to in-vitro fertilization (IVF), some routes to parenthood rely on technology. In his book The End of Sex and the Future of Human Reproduction, Hank Greely, a professor of law and director of Stanford’s Center for Law and the Biosciences, lays out a future in which technology further expands reproductive options.

Greely, ’74, estimates that within 30 years, scientists will be able to make viable gametes from any of your nonreproductive cells. This means that, through a procedure Greely calls “easy IVF,” sperm and eggs could be derived from hair or skin cells.

Less invasive than traditional IVF, this procedure could also produce more embryos. Depending on how much parents want to know before the embryos are implanted, they could be genetically tested and then selected for the healthiest genes.

You might not choose these technologies, whether for religious, philosophical or romantic reasons. And there may still be hurdles, like insurance coverage or finding a surrogate to carry an embryo. But it could lower the risk of genetic disease and eliminate the notion of a biological clock.

From diapers to diplomas, having children can be pricey. But not all expenses are as obvious. Maya Rossin-Slater, associate professor of health policy, studies the hidden costs of becoming a parent—specifically, the effects of time off from work for new parents. “Self-worth, identity, long-term economic well-being are all tied to careers,” Rossin-Slater says. A decision to have kids might be influenced by what options and support you’ll have access to once they are born.

Rossin-Slater’s studies show that new mothers’ physical and mental health improve when co-parents take time off together from paid work, and that more time with parents in early childhood is correlated with better health, education and earnings outcomes for kids. She’s an advocate for a federal paid parental leave policy and says we’re making progress.

‘We already have evidence that we can decouple population growth and economic growth from emissions; we’re just going to have to do this much faster.’

Until a policy is in place, access to parental leave remains spotty. Rossin-Slater says that this can amplify existing inequalities for parents and children. “You see tech companies providing these really nice paid family leave policies. But you don’t see that happening for people who work in the restaurant industry or retail.”

Is having kids contradictory to fighting climate change? Associate professor of earth system science Marshall Burke, ’02, begins the first lecture of his Climate and Society course with a photo of his two children. Then Burke has students calculate their carbon footprint. They inevitably discover that having kids, who presumably will have kids who have kids (and so on), is the most consequential climate decision they’ll ever make.

But more people doesn’t necessarily mean a warmer Earth, says Burke. “We already have evidence that we can decouple population growth and economic growth from emissions; we’re just going to have to do this much faster than we’ve done it.”

Burke believes programs like federal carbon taxation and widespread clean, cheap energy technologies can help to get us there. Until those exist at scale, he does what he can to reduce and compensate for his family’s carbon emissions, including purchasing offsets.

It’s possible for us to keep having children and not destroy the planet, says Burke. But his actions speak to the fact that whether it’s for your kids or for kids in general, to worry is human. “One of the reasons I am devoted to the climate issue,” he says, “is because I am terrified of what the world will be like when they’re older.”

Sophia Boyd-Fliegel, ’21, is a former editorial intern at Stanford. Email her at stanford.magazine@stanford.edu.