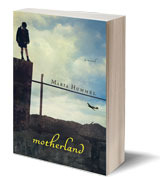 Note: Prices quoted are list prices. Many of these titles are available as e-books.

Complicity and compassion entwine in this narrative about a family of Mitläufer, Germans who acquiesced to Nazism, often for self-preservation. As Allied forces attack and refugees inundate the town of Hannesburg, a young mother works to keep her stepsons safe and fed during the final days of World War II. Hummel, a former Stegner fellow (2005-07) and a lecturer in the English department, drew on her father's stories of his childhood in Germany to bring to light the uneasy existence of those who initially benefited from, and then suffered for, their compliance with the Third Reich.

The West Without Water: What Past Floods, Droughts, and Other Climatic Clues Tell Us About Tomorrow B. LYNN INGRAM, PhD '92, AND FRANCES MALAMUD-ROAM; University of California Press, 2013; $29.95.

Could California run dry? As the West endures its driest year on record, having enough freshwater isn't a given—nor has it ever been, despite society's efforts to conserve and control it. Ingram and Malamud-Roam share how climate change has historically parched the landscape of the West and will lead to extreme water crises in the not-so-far future. Their foresight makes a compelling case for reducing our water footprint.

Self-editing and communal forgetfulness be damned: Families should share their tales of hard times and pain as openly as their success stories, Holloway says. With a scholarly perspective, the historian engages with his own family lore and makes a fair amount of self-discovery in this exploration of modern black identity.

Frances Elizabeth Willis: Up the Foreign Service Ladder to the Summit—Despite the Limitations of Her Sex, NICHOLAS J. WILLIS, '56; self-published, $24.95.

Willis, '20, PhD '23, was the first woman to forge a career in the U.S. Foreign Service and its first female career ambassador, serving in Switzerland, Norway and Ceylon. When the U.S. Postal Service memorialized six distinguished diplomats in 2006, she was one. But, as the author recounts, his aunt's advancement was often obstructed by sexism.

As we weather a "hookup culture," marriage, divorce, illness or injury, what happens to our sexuality? With a no-questions-barred approach, Krasnow interviewed 150 women of all ages for this guide, hoping to dispel "any scary mythology about what a woman could encounter" in her life. The result honors the magic and resilience of passion.

Former composer Peter Els makes an emergency phone call and ends up a fugitive in this masterpiece by Powers, a professor in the English department. Els's genetic experiments combining his two great loves, music and chemistry, catch the eye of Homeland Security—and the Internet, eager to track the "Biohacker Bach." On the lam, he revisits his past, immersed in memories of what his obsessions have cost him. His journey reaches a crescendo as he comes face to face with his greatest composition.


The following did not appear in the print version of Stanford.

Dispatches from the Eastern Front: A Political Education from the Nixon Years to the Age of Obama, GERALD FELIX WARBURG, MA ’79; Bancroft Press, $25.

Washington Brotherhood: Politics, Social Life, and the Coming of the Civil War, RACHEL A. SHELDEN, ’03; U. of North Carolina Press, $34.95.

Scaling Up Excellence: Getting to More Without Settling for Less, ROBERT I. SUTTON, professor in management science and engineering, and HUGGY RAO, professor of organizational behavior; Crown Business, $26.00.

The Star Factor: Discover What Your Top Performers Do Differently—and Inspire a New Level of Greatness in All, WILLIAM SEIDMAN, PhD ’87, and Richard Grbavac; AMACOM, $25.

Freedom and Dialogue in a Polarized World, SHARON SCHUMAN, ’67; U. of Delaware Press, $80.

Middle School-level and up 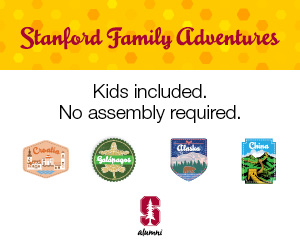