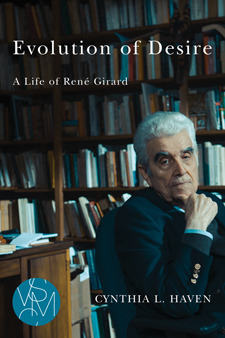 Evolution of Desire: A Life of René Girard, Cynthia L. Haven; Michigan State U. Press. In the introduction to her biography of the late Stanford professor René Girard, Cynthia Haven invites readers new to the French theorist to ask “why, in a world flooded with new information daily, we should care about the books, interviews, articles, and life of a man who died quietly in his early nineties in late 2015.” She proceeds to build a case for the timeliness of his ideas, even advocating their use in self-reflection.

This is a tall order, for Girard’s lifework — his mimetic theory — is an all-embracing rationale for human behavior and human relations. Thankfully, Haven offers down-to-earth examples to decode Girard’s sometimes cryptic expression, as well as such competing philosophies as poststructuralism and deconstruction.

Put simply, Girard proposes that our desires, beyond basic needs, are based on imitation (mimesis): We want what we want only because others have it. He tells Haven, “When we describe human relations, we lie. We describe them as normally good, peaceful and so forth, whereas in reality they are competitive, in a war-like fashion.” By his lights, mimetic desire is envy, and envy breeds hatred when desires are frustrated. Individual wants readily snowball into groupthink — intensified in this age of social media — and hatred morphs into violence.

Through his study of anthropology, Girard concluded that when violence shook apart ancient societies, scapegoating and sacrifice were used to restore order. He took the unorthodox view that primitive religions were not the cause of violence but its antidote. That was then. Looking at the modern, interconnected world’s relentless violence and social upheaval, Girard reasoned that only a universal abstention from violence could save us from eventual annihilation. He characterized life today as a kind of apocalyptic purgatory.

Girard’s intellectual journey was no straight line. He began as a literary scholar; his first book identified mimetic patterns in Dostoevsky and Proust, among others. But he soon delved into anthropology, psychology, sociology, religion and history, as his successive books show. His teaching career led him to the University of Indiana, Duke, Bryn Mawr, Johns Hopkins (twice), SUNY-Buffalo and finally Stanford, as scholarly projects also kept him close to his native France. Haven seems to have tracked down everyone with significant ties to her subject on both sides of the Atlantic. Stanford readers may take special interest in the insights and anecdotes of this university’s professors, including Marilyn Yalom (Girard’s first graduate student, at Johns Hopkins), Jean-Pierre Dupuy, John Freccero, Robert Harrison, Michel Serres and Hans Ulrich Gumbrecht.

The author herself enjoyed a close rapport with Girard over the course of some eight years writing about him. While the relationship between biographer and subject can be risky — producing hagiography at one extreme, disparagement at the other — Haven balances her frank admiration with critical commentary. For example, a highlight of the book is its account of Girard’s Christian conversion experience, an uncanny epiphany that altered his worldview and shocked colleagues. As a result, Haven acknowledges, Girard became a visionary as well as, or perhaps at the expense of, being a scholar.

What price his vision? Jean-Pierre Dupuy, a professor of French and Italian at Stanford, tells Haven that Girard’s outspoken faith made him suspect in French intellectual circles, where, in Dupuy’s words, “a public hatred of religion” is de rigueur. Added to that offense, says Dupuy, was the very premise of his work: that “a science of man” is possible and that truth comes from God though Christ. As Haven observes, “Post-structuralism and other ‘isms’ have denied the possibility of knowing truth, or at least devalued it.”

For his part, Girard by all accounts cared little about his reputation and relished argument. He tells Haven, “Theories are expendable. They should be criticized. When people tell me my work is too systematic, I say, ‘I make it as systematic as possible for you to be able to prove it wrong.’” Inducted into the celestial Académie française as one of its immortels in 2005, Girard certainly commanded the attention of European intelligentsia, if not universal accord. A number of organizations around the world grew out of his work, including Stanford’s Colloquium on Violence and Religion, and Imitatio, co-founded by the Silicon Valley tycoon Peter Thiel, ’89, JD ’92, a former student of Girard’s at Stanford. This biography is part of the MSU Press series Studies in Violence, Mimesis, and Culture.

Beyond Girard’s theories, Haven scrutinizes aspects of his life that arguably foretold his work. She finds mimetic elements in the ancient history of his hometown, Avignon, seat of papal rivalry 500 years ago. (Girard’s father was an archivist who became the curator of the city’s Palais des Papes.) Girard’s interest in scapegoating echoes his own family history. A female forbear was a victim in the Reign of Terror. Members of his extended family, whose social position caused envy among fellow citizens, were accused of collaboration under the Vichy regime in World War II.

Anecdotes about Girard’s youth in Avignon and student days in Paris during and after the war afford a lighter view. As an adolescent, the contrarian theorist was a prankster who disliked school; at times home study was the solution. A little-known venture was his role in the founding of Avignon’s arts festival in 1947. He and a friend did much of the legwork, coordinating with Picasso, Marc Chagall, Paul Klee, Georges Braque, Max Ernst, Wassily Kandinsky and others. One gasps at the informality: two twentysomethings transporting by the small truckload a dozen Picassos and the other pieces from Paris studios to Avignon. Girard recalls “mishandling” one of Henri Matisse’s Blouses Roumaines and then quickly repairing the small hole inflicted on it. He fondly recounts hobnobbing with visiting festival actors, including a young Jeanne Moreau.

Part of the book’s appeal is Haven’s descriptive agility as she brings to life the camaraderie of Johns Hopkins in a golden era, Girard discovering Shakespeare or the “abstruse philosophical ping-pong” of French intellectuals. If some points seem belabored — the effort to nail down Girard’s experience of Jim Crow, for example, or his influence on novelist J.M. Coetzee — this is an ambitious and thought-provoking life portrait. 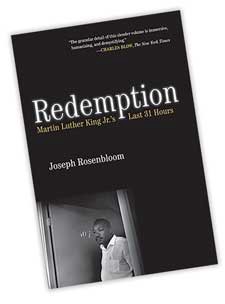 ‘When President Kennedy was slain in 1963, King told his wife, Coretta, that he expected the same fate for himself. If the president had not been safe from an assassin’s bullet, King confided to his aides, neither was he.’ 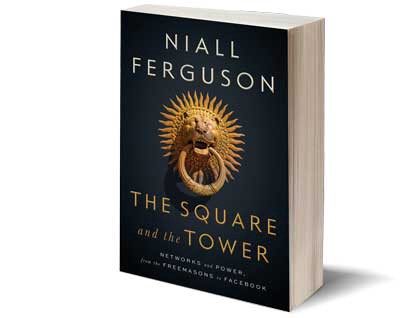 The Square and the Tower: Networks and Power, from the Freemasons to Facebook, Niall Ferguson; Penguin Press. Though he achieved fame studying the tower — great empires, families and statesmen — Ferguson, senior fellow at the Hoover Institution, now turns his gaze to the town square. The grand sweep of history, he shows through mini-histories of everything from the Reformation to 9/11, plays out in the interplay between the dynamic networks below and the hierarchical power structures above. Networks bring needed dynamism and change, Ferguson concludes, but “[t]he lesson of history is that trusting in networks to run the world is a recipe for anarchy; at best power ends up in the hands of the Illuminati, but more likely it ends up in the hands of the Jacobins.”

Following Fifi: My Adventures Among Wild Chimpanzees: Lessons from Our Closest Relatives, JOHN CROCKER, MD ’73; Pegasus Books. After graduation, Crocker headed to Gombe Stream National Park in Tanzania to study with Jane Goodall, who was changing the world with her remarkable findings. Crocker’s observations and sometimes harrowing, other times poignant, interactions with the chimps capture the reader. His later life as a physician grew out of the experience, which, he writes, informed his views on caring for his children and his young patients. 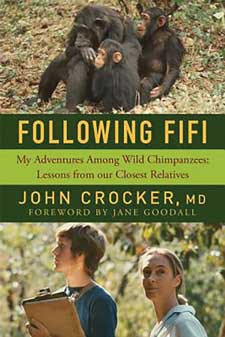 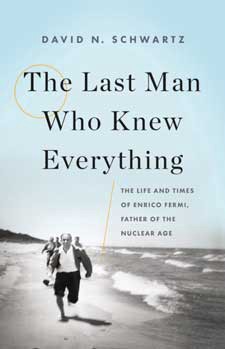 Jaws: The Story of a Hidden Epidemic, SANDRA KAHN and PAUL R. EHRLICH; Stanford U. Press. Our ancestors’ jaws were big enough to accommodate all their choppers without the crowding that sends parents running to the orthodontist. Kahn, an orthodontist, and Ehrlich, a professor emeritus of biology, trace how a softer diet and an uptick in allergies have resulted in jaw development problems, mouth breathing, changes in appearance and sleep disorders. These effects can be avoided, they say, especially by inculcating different habits in childhood. 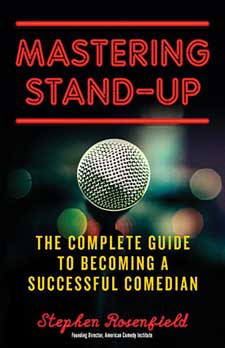 How to Turn Down a Billion Dollars, Billy Gallagher, ’14; St. Martin’s Press.

Medicine in the Meantime, Ramah McKay, PhD ’10; Duke U. Press.

Chronicle of a Camera, Norris Pope, ’68; U. Press of Mississippi.