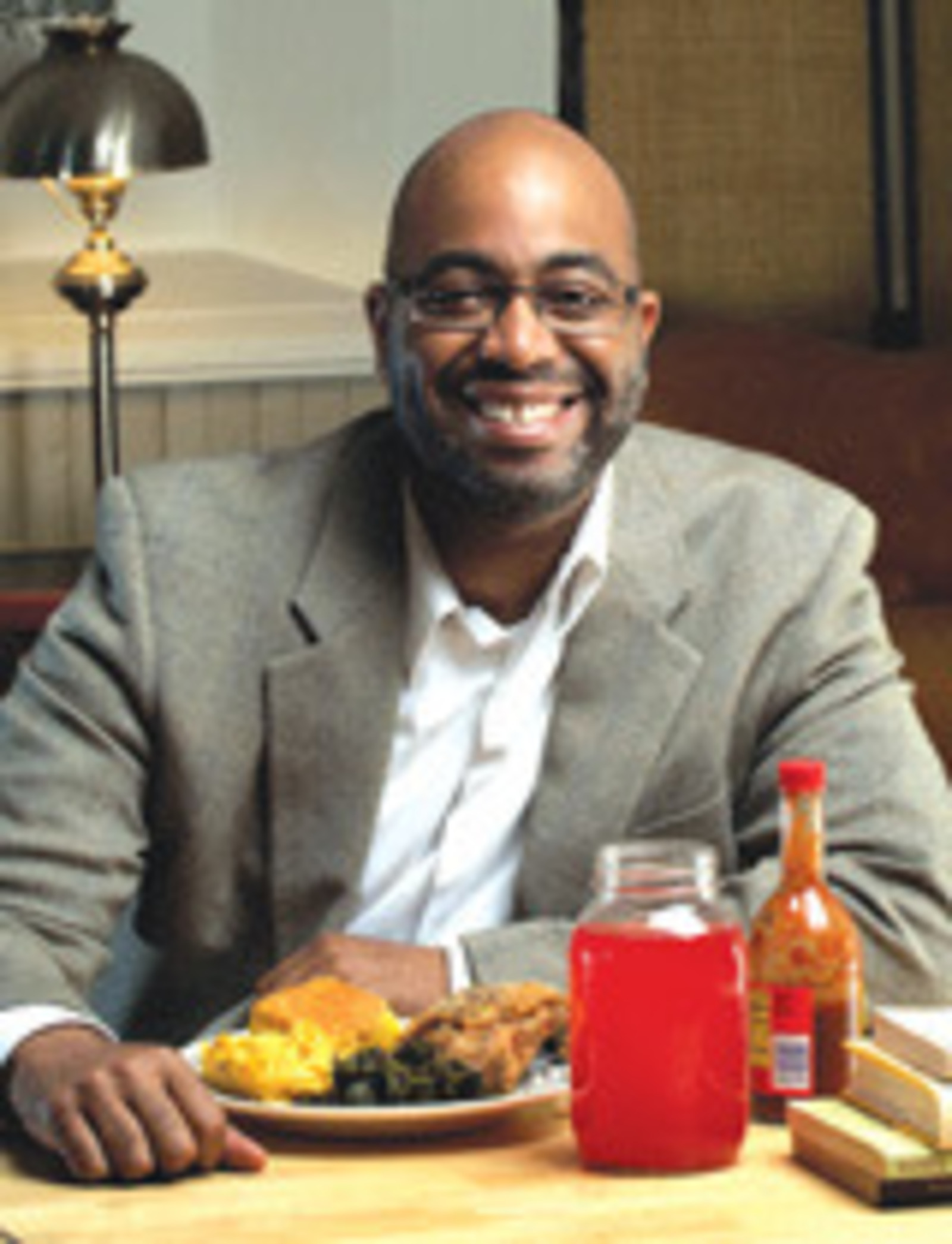 THE HISTORY OF SOUL

Soul Food: The Surprising Story of an American Cuisine One Plate at a Time, ADRIAN MILLER, '91; U. of North Carolina Press, $30

Writer, policy analyst and certified barbecue judge Miller hates to hear people "hating on" soul food. Its reputation as a cause of coronaries is somewhat undeserved. And as a cuisine that mouthwateringly combines West African, Native American and European traditions, it has far more complexity than suggested by the Southern stereotype of the three Ms: meat, meal and molasses. To his detailed and spritely introduction about the cultural history of soul food, the author adds in-depth chapters that explore more than a dozen soulful dishes—including catfish, black-eyed peas, mac and cheese, cornbread and candied yams. It's especially fun to learn that the future popularity of soul food may lie in "motherless [pork-free] greens" and burgeoning vegetarianism.

The Southern Foodie: 100 Places to Eat in the South Before You Die (and the Recipes That Made Them Famous), CHRIS CHAMBERLAIN, '89; Thomas Nelson, $24.99.

A food writer based in Nashville, Chamberlain sometimes thinks "you can make anything better simply by putting the word 'Southern' in front of it." What's true for hospitality, rock and football goes for the recipes—many for comfort foods—and restaurants featured in this guide.

You and your backyard hens, according to the back cover of this book, need not settle for functional when you could have fabulous. Graduate student McElroy and UC-Berkeley staffer Wolpe, co-owners of an Oakland design/build firm, present complete plans for 14 elegant and tidy outbuildings that won't make you neighborhood outcasts.

Two great foods that taste great together—but how to optimize the thousands of potential combinations? Fletcher, long a cheese columnist for the San Francisco Chronicle, offers advice by focusing on styles of ales and lagers and discussing their "cheese affinities." This book follows Fletcher's 2007 volume, Cheese & Wine, which sold more than 80,000 copies.

For mystery readers who devour crime novels like popcorn, Gerber—previously the author, as Avery Aames, of the Cheese Shop Mystery series—begins the Cookbook Nook Mystery series with this title. A celebrity chef on a book tour ends up as the corpse underpinning a very well made sand sculpture. The chef's old pal Jenna Hart is a suspect, which is more than usually inconvenient for the young widow who is trying to open a bookstore and assemble a new life in her beach hometown. Gerber, a former Dollie who also has an acting career, spices her intricate plots with mentions of real cookbooks and recipes, some of them gluten-free.