Sometimes the faculty just want to rock all night.

Everybody's workplace has a fantasy baseball league or an Academy Awards pool. But universities often inspire employee bonding of a more creative bent. Take Stanford's underground rock 'n' roll culture. Attend a department event, dorm party or even a discipline's national convention and there's a fair chance you'll catch a homegrown combo rocking out. Some bands are all faculty; others mix in staff, students and alums.

One draw for the players is that music offers an intellectual challenge distinct from the daily grind. As School of Engineering facilities coordinator Brian Carilli, founder of what is probably Stanford's oldest rock band, says, "I think music is a nice outlet for a lot of these people with a lot going on upstairs. It's a nice release for them."

And unlike classical music and jazz, rock and its pop cousins have no official home in the Stanford academic firmament, letting these particular outfits retain some serious outsider cred.

Here's a quick look at some of Stanford's acts. 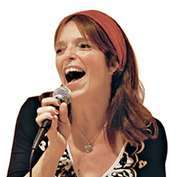 What they play: covers from The Who and the Eagles to The Killers and Cake

Coolest gig: an event for several hundred hard-partying neurologists, held last year at the 111 Minna Gallery in San Francisco. The audience was "screaming and yelling. I could have done anything and it wouldn't really have mattered," Wijman recalls. "People just loved us!"

Special recognition: Longo, a famous researcher in Huntington's and Alzheimer's diseases, was dubbed a "rock star of science" in a public service ad that appeared in GQ magazine; he was photographed alongside rocker Bret Michaels.

The Wrath of Grapes 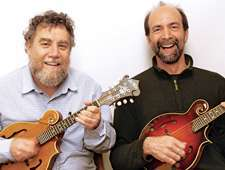 WILL PLAY FOR WINE: Block and Stearns are bluegrass duo, The Wrath of Grapes. (Photo: Courtesy Wrath of Grapes) Home: department of biological sciences

What they play: bluegrass and newgrass

Regular gig: Picchetti Winery in Cupertino. "The best thing about it," says Stearns, "is we're paid in wine."

Best place to rehearse: an annual month-long, high-security retreat of science advisers to the U.S. government

Meanwhile, Outside the Aircraft

Together since: 2010 (this incarnation)

What they play: a rootsy blend of country, bluegrass and funk that's popular at student residences, especially the co-ops. "We play the hippie houses," says Chamberlain, who's the constant in a group that changes names and personnel as his students come and go.

Tough audition: Trained jazz vocalist Poland was invited to join the band but asked if she'd learn the bass.

Regular gig: Every September, Chamberlain teaches a sophomore seminar 9,000 feet up in the Rocky Mountains of Wyoming and takes the full band with him. Poland lugs the bass up single-handedly.

Simon Firth is a writer in Palo Alto.

The Mind-Bending Artistry of Robert Lang