What to do about inequality

How should we think about inequality? What are the problems, and what can be done? Moderator Larry Diamond, ’73, MA ’78, PhD ’80, a senior fellow at the Hoover Institution and at the Freeman Spogli Institute, put these questions to faculty panelists at this year’s Reunion Forum, titled From Inequality to Equal Opportunity. Some highlights follow. 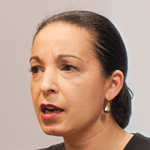 Caroline Hoxby
Economics Professor
If we want to have more equality in income, we have to get many more Americans to become skilled, through education. If we don’t, there will be a small share of high earners trying to support the rest who are not working at all or not working productively, who are dependent on subsidies and government programs. This is not a sustainable economy and not conducive to human dignity or a civil society.

Alumni [should] go to their local high schools and volunteer to help low-income high achievers through the [college] application process. If every Stanford alum did that, it would make a huge difference. 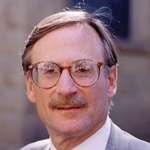 Economics Professor Labor’s share of income has been declining in comparison to capital’s share in most countries measured. However, if we look at the whole world, inequality has plummeted with [policy] changes in China, India, the Soviet Union. We’ve added over 1 billion workers able to compete in the global marketplace—and that has put downward pressure on wages in the advanced economies. . . . Would it be great to have prevented 300 million Chinese from being lifted out of abject poverty? Even Africa has been improving a lot in the last 10 to 15 years.

There are several million [U.S.] job openings for people with skills—not software engineers, but tool dyers, lathe operators—that companies can’t find. We have 46 separate job training programs in the federal government (nine agencies) costing $20 billion a year. Someone needs to consolidate these into a few good ones that work and get rid of the ones that don’t. 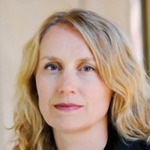 Failures of cities force us to reconsider the social contract . . . the basics (police, fire, education) [it means] rebuilding those services, empirically driven by what works in those fields. We have a whole world of underground facilities aging out, an enormous infrastructure backlog, and some counties can’t afford to fix them. We have to figure out how to pay for it without the sort of exotic financing that blew up in the recession. 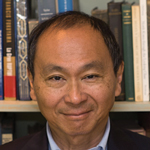 Director, Center on Democracy, Development, and the Rule of Law

From the 1980s to now, among people with a BA or better, things have gotten better . . . . But [for] people with a high school education or less, the last 30 years have been an utter disaster for every indicator. In the ’80s, the rate of single-parent families among African-Americans reached 70 percent. Today, for white working-class Americans, it’s 60 percent. All the ills formerly associated with inner cities, predominantly African-American, are now generally characteristic of white working-class parents: drugs, crime, teenage preg­nancies, meth epidemic—and this is largely invisible to the college-educated elite of this country.

I think Americans have been brain-dead on social policies for the last 20, 30 years. There are other countries that have had ideas that have had measurable success that could be generalized to other parts of the world. 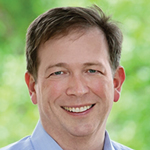 In 30 years, we want you to know the names of companies from Africa and India, like you do Samsung and Huawei.

SEED started four years ago, enabling business leaders in developing economies to lead their regions out of poverty, using different time horizons . . . . We currently run a center in Accra, Ghana, where we train business leaders in a six-month program with four weeks of classroom instruction by Stanford faculty, then coaching afterward on what it means to be an effective leader (delegation, intervention) during implementation by volunteer alumni who go to Ghana for up to a year. We are expanding to East Africa next spring.

The Doctor-President Who Made Stanford Better

On Hiring a President

Inside the search committee