Psychologist Explained Why We Misunderstand One Another

Lee Ross investigated decision-making bias and the illusion of personal objectivity—and then walked his talk, taking his research beyond academia to conflict resolution parleys in Northern Ireland and the Middle East. 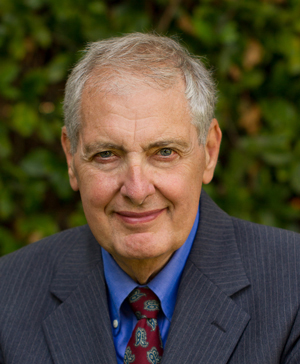 Lee David Ross, a professor of psychology and founding member of the Stanford Center on International Conflict and Negotiation (SCICN), died May 14 in Palo Alto. He was 78, and the cause was kidney and heart failure, according to his son Joshua, ’94.

In a 52-year career at Stanford, Ross co-authored three books, was elected to the American Academy of Arts and Sciences and the National Academy of Sciences, and received the APS William James Fellow Award, its announcement noting that his “formidable intelligence, innovative research and systematic theorizing have helped set the intellectual agenda of social psychology.” Ross’s work focused on human inference, intergroup relations, and the sources of bias and strategies for overcoming it—research he applied to citizen diplomacy and peace building through SCICN, which he co-founded in 1984.

In The Wisest One in the Room, published in 2015, Ross and Cornell professor Thomas Gilovich, PhD ’81, sought to distill their work in social psychology to help readers better understand why people think and act—and make mistakes—as they do. To explain the objectivity illusion, for instance, the co-authors quoted comedian George Carlin: “Have you ever noticed that anybody driving slower than you is an idiot, and anyone going faster than you is a maniac?” In other words, we assume that our perceptions correspond to reality and that they are both accurate and objective—a universal experiential gaffe that leads to much of our social misunderstanding.

As part of his work on human bias, Ross became best known for coining the phrase fundamental attribution error, a psychological phenomenon that describes our tendency to attribute someone else’s actions to character while attributing our own behavior to external factors beyond our control.

Ross found practical applications for his research on intergroup conflict. He determined that in both Northern Ireland and the Middle East, each side of the conflict presumed that the other side had a problem, such as ignorance, that was blocking progress. Ross devised strategies to make opposing parties aware of their susceptibility to these bias barriers to resolving conflict, says psychology professor Mark Lepper, ’66.

“These real-world experiences, in turn, enriched his theoretical efforts greatly,” Lepper adds. “His work bridged the usual gap between theory and practice and helped to transform the critical agenda of social psychology.”

Ross was also a person who enjoyed jokes and told them quite well, according to Byron Bland, a former associate director of SCICN, who spoke at Ross’s June 9 memorial. He especially appreciated jokes that revealed a kind of wisdom. “Lee defined wisdom as knowledge in service of kindness,” Bland said. “Lee was indeed truly a sage.”

In addition to Joshua, Ross is survived by Judith, his wife of 56 years; children Rebecca, ’98, Timothy and Katherine; and seven grandchildren.

An Acute Case of Disorientation: The Asian American Angle

What it’s like at the boundary of two worlds.