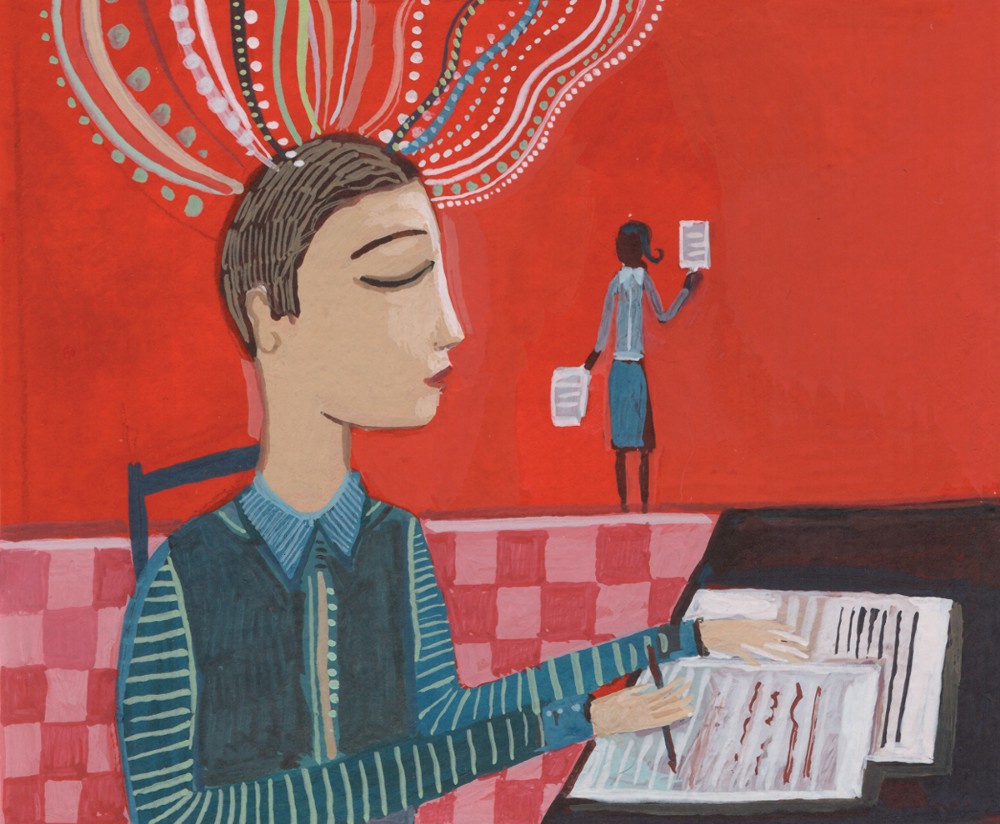 When my friend Marisa told me about an exciting job opportunity on campus, I was already employed. Several evenings a week, I ferried fellow students in my golf cart, providing safe passage to parties, the library, the gym. I rarely tired of it, because golf carts are fun — though one trip to Escondido Village was so far and the night so chilly, I asked the passenger if I could instead drive her home in my Jetta.

Meanwhile, Marisa became a test subject for psychology and medical experiments across campus. I soon joined her.

The psych experiments took place in Jordan Hall, where I half hoped we would be rounded up in the basement and divided into prisoners and guards. As an English major and a fan of psychology professor Philip Zimbardo, I figured the experience, while spooky, might provide fodder for a future coming-of-age novel.

Instead, I filled out questionnaires given to me by graduate students. On one occasion, a researcher resembling an exhausted Björk walked into the room, sprayed a heavy floral perfume, and then passed me a questionnaire to fill out. Not enough ethical gray areas for my taste, but, yes, the perfume did seem to trigger childhood memories, and science marched on.

I half hoped we would be rounded up in the basement and divided into prisoners and guards.

My earnings paid for snacks at Tresidder, CDs at Borders and visits to my favorite restaurant in Cupertino, where boats of sushi circled around a bar. One night it hit me: What if, instead of sushi being served on boats, patrons sat in boats and floated through a large restaurant, with each room offering a different cuisine? My idea was improbable, expensive and likely unsanitary.

A while later, I biked to the GSB for an experiment on creativity. I was asked to fill out a questionnaire and then write down every invention I could think of in 10 minutes. The best list would earn a $50 cash prize. I sat in the shiny new research room and wrote furiously.

If the medical experiments that Marisa found for us were more lucrative, they were also more demanding. In one instance, I was administered a full IQ test and asked to solve puzzles for two-hour spans while my brain was imaged.

It was the endoscopy that gave us pause. Researchers wanted to stick a tube up our noses and down our lungs for $200. Marisa said no. I wavered, then agreed to it, but made the mistake of telling my father.

One day, after picking up a Diet Coke at Tresidder, I saw Gillian, a research assistant from the creativity experiment.

How did I win? I had a formula: I took everyday objects — a refrigerator, a front door, a couch — and added a camera or a toilet to each. There were other ideas too. At the top of my list was a magical restaurant where diners floated around in boats, sampling international fare.

I thanked Gillian and biked away, with cash in my pocket and a smile on my face.

Meghan Davis Mercer, '02, is a writer and a teacher in Los Angeles. her friend Marisa (Roland, '02) continues to get her into predicaments.

Who Winds the Clock?

And other stories from a Stanford landmark.