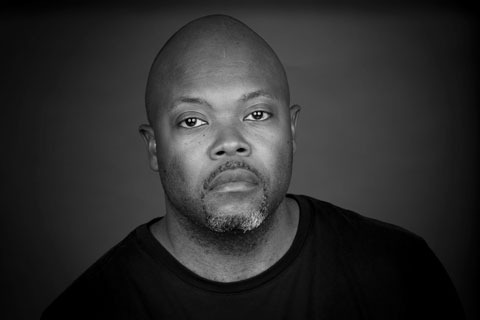 Cheo Hodari Coker’s first lesson about what it means to be a superhero didn’t come from a comic book. When the Hollywood screenwriter and producer pitched his take on a new show about a Marvel Comics superhero to Netflix, he brought with him a picture of his grandfather, a Tuskegee airman, in the cockpit of his plane shortly after a dogfight. “I talked about what it was like to be descended from a World War II superhero,” recalls Coker, ’94. “The planes he shot down had swastikas on their wings.”

A comic book fan since childhood, Coker now gets to channel another one of his childhood heroes as executive producer of Luke Cage, Netflix’s series based on the Marvel character, which debuted in September. The show stars Mike Colter as Cage, whose superpower—a product of a science experiment gone awry—is particularly useful while fighting bad guys on a city’s mean streets: He’s bulletproof.

That Coker should be the man to bring Luke Cage to television is an unusual twist of fate. Coker was born the same year, 1972, that Marvel introduced Cage. “He is an enduring and adaptable character,” Coker says of the muscleman created amid the Blaxploitation film era, which unleashed such iconic badasses as Shaft, Foxy Brown and Super Fly.

“What interested me about the story is that everybody is afraid of getting shot, particularly Black men,” says Coker. “When you’re a Black man, death by firearm is a very real [possibility] . . . if I’m in the wrong place at the wrong time.” It’s a distressing message that he’s had to convey to his 11-year-old twin sons, in an unceasing effort to keep them safe.

Over a meal in Beverly Hills at Coker’s favorite restaurant, The Palm, Coker traced the route that took him from Stanford Daily music reviewer to hip-hop journalist to showrunner for one of television’s most influential companies.

He grew up near the University of Connecticut in the village of Storrs. His mother, Patricia, the daughter of the WWII fighter pilot Bertram Wilson, dropped out of college to have her son, but went back and ended up becoming a lawyer. His father was a janitor. His extended family includes successful writers—his uncle Richard Wesley, a New York University professor and playwright, was a screenwriter best known for his films Uptown Saturday Night (1974) and Let’s Do It Again (1975), starring Sidney Poitier and Bill Cosby. Wesley’s wife, Valerie Wilson Wesley, is the author of the critically acclaimed Tamara Hayle mysteries.

From an early age, Coker loved hip-hop music with a depth that went beyond typical fandom. He says LeRoi Jones’s seminal work, Blues People: Negro Music in White America, was an important influence in his decision to write about the music he admired. At Stanford, opportunity merged with his budding talent.

“I was the college version of Almost Famous,” he says, referring to Cameron Crowe’s coming-of-age story in which a teenager persuades Rolling Stone to give him a major assignment. He credits former Newsweek editor-in-chief Maynard Parker, ’62, with opening the door for him. Parker swept through the Stanford Daily offices one day during Coker’s sophomore year, inviting various editors and reporters to spend the summer in New York as fact-checkers for his newsweekly. Coker leveraged the opportunity to connect with hip-hop’s movers and shakers, scoring interviews with big-time artists such as Ice Cube. Soon, Coker had major record labels forwarding him packages to the Farm. “They thought they were sending records to some adult, but they were sending me stuff at Mirrielees,” he says.

One album that profoundly affected him was 1994’s Ready to Die by Christopher Wallace, better known as Biggie Smalls or the Notorious B.I.G. From the sounds of a baby being born on the first track to the fading heartbeats on the final one, the album covers the brief, explosive life of a drug dealer. 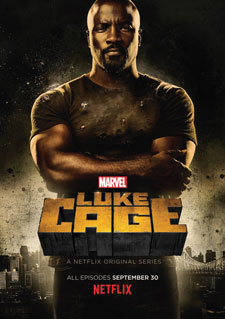 “His records were amazing. He was a great storyteller,” Coker says. “I interviewed him right on the stoop where he grew up on St. James Place in Brooklyn. It was the equivalent of visiting Bob Marley at Hope Road.”

Coker interviewed the XXXL-size star a total of five or six hours over the next couple of years, during which time he graduated from the Daily to the Los Angeles Times, where he continued to cover hip-hop.

Unable to persuade his Times editors to do a major feature on B.I.G., Coker violated the paper’s freelancer policy and secretly sold a cover story to Vibe magazine. “I was young and stupid,” he says about risking his day job.

In early 1997, as Coker’s article moved through Vibe’s editorial pipeline, B.I.G. was murdered at a busy L.A. intersection. (The crime has never been solved.)

Coker had spoken with the rapper 36 hours earlier—the last interview B.I.G. ever gave—which put Coker’s Times editors in a more forgiving mood and netted him a front-page story (along with co-writers Eric Lichtblau and Chuck Williams) in L.A.’s paper of record, along with the scheduled Vibe cover story. But the professional triumph felt hollow. Coker’s friend was dead at 24, the same age Coker was at the time.

Having amassed more material on B.I.G. than anyone else, Coker shaped it into the 2003 book Unbelievable: The Life, Death, and Afterlife of the Notorious B.I.G. Acclaimed by critics, the book also opened the door for Coker’s first foray into screenwriting for the 2009 film Notorious. That led to a TV writing gig on Southland, an award-winning police drama set in Los Angeles that ran for five years. Since then, his writing credits have included NCIS: Los Angeles and the Showtime hit Ray Donovan.

When Netflix, which launched another Marvel franchise in Jessica Jones in 2015 (it featured the Cage character), went looking for a showrunner, Coker quickly became a leading candidate. “Cheo was a well-established writer in the TV business and at the top of our list for consideration,” says Cindy Holland, ’91, vice president of Netflix’s original series.

Coker oversees every aspect of Luke Cage, and he wrote the first two episodes. Actress Alfre Woodard, one of the stars of the show, told Variety that Coker’s scripts immediately impressed her. “When I picked this up, it was one of the smartest pieces of writing I’ve ever come across,” she said.

The series is set and filmed in Harlem, which was important to Coker, whose pilot grandfather was born there and honeymooned with Coker’s grandmother at its famed Hotel Theresa. “In the imagination, Harlem will always be the spiritual capital of Black excellence in America,” says Coker.

Coker remains close to family and to the spirit of his grandfather: The Palm is his favorite restaurant because his grandpa used to take him to its New York counterpart. And as Coker assumed a position of authority within the Marvel universe, his grandfather’s salty advice about being a Black pioneer echoed in his mind: “Either you fly your plane or you crash, while withstanding pressure and getting shot at. If you %*@# it up, people coming behind you are not going to get the same opportunities, so it would behoove you not to %*@# it up.”

Coker and his wife, Tumaini Rucker Coker, ’95, a pediatrician, recently celebrated their 15th anniversary. The couple have three children: the 11-year-old boys, Jomo and Jahi, and a daughter, 5-year-old Kaia. “They run us ragged,” he says, “but I love being a dad.”

His Stanford connections remain strong, including Aida Croal, ’95, a producer on the first season of Luke Cage. And right now he’s rereading The Bone Woman, written by classmate Clea Koff about her forensic expeditions into war-scarred countries. For years he tried unsuccessfully to adapt her book into a film.

“Back then I wanted to do it, but I didn’t know how. Now I do,” he says, sounding like a Marvel character who’s discovered that he possesses a really cool superpower.

Pamela Johnson, ’82, is a writer in Los Angeles.

Lost to history for 100 years, Stanford’s first African American student found a new champion, and an old debate was finally laid to rest.