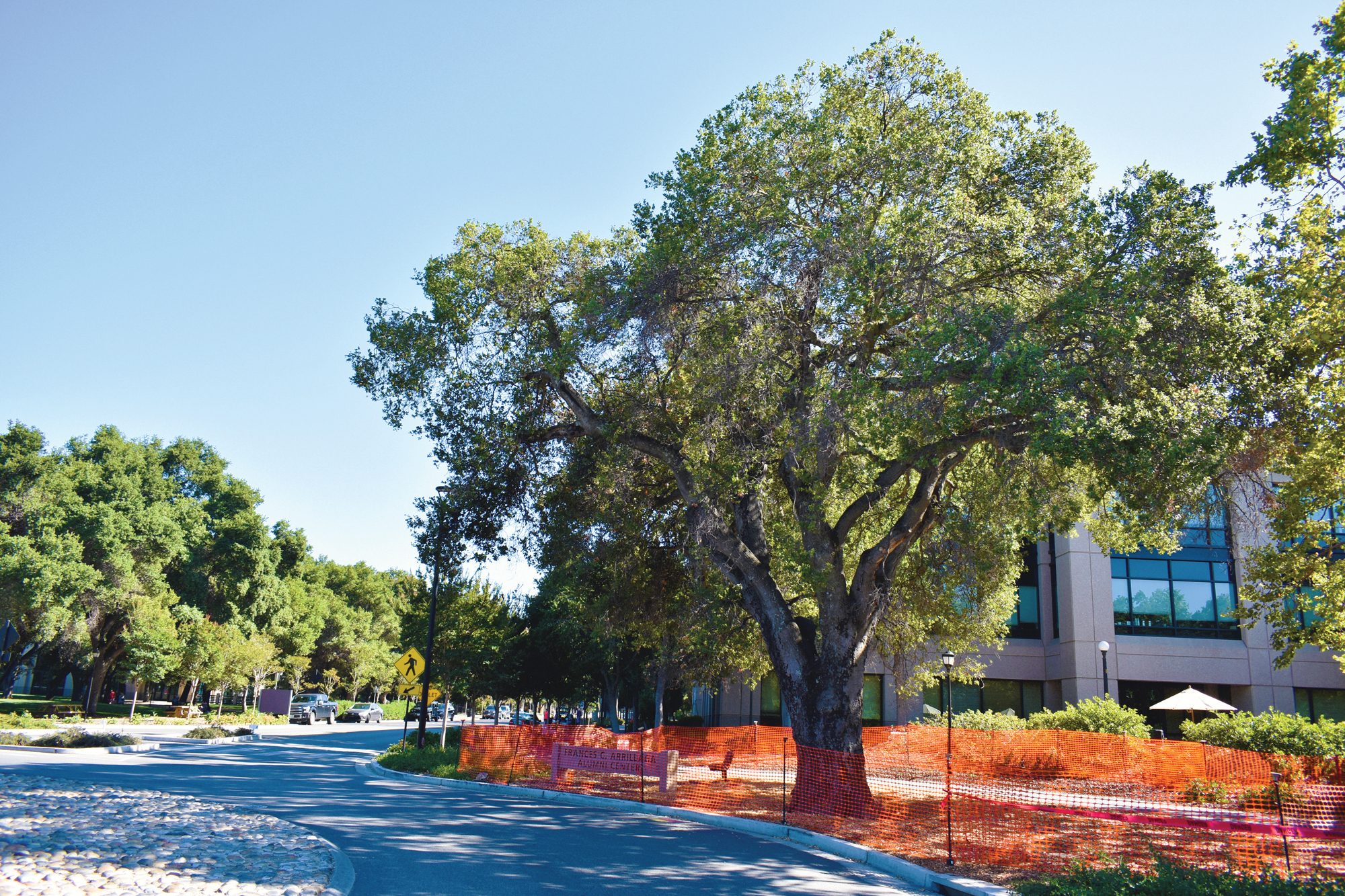 The coast live oak tree known as the Gordon Hampton Oak, which stood at the southwest corner of Galvez Street and Campus Drive, right by the Frances C. Arrillaga Alumni Center, was removed this summer after university arborists determined that the base of its trunk was hollow with decay.

The oak was named for Gordon Hampton, ’35, who, on the night of Monday, November 16, 1931, was a nervous freshman tasked with guarding the pyre for the Big Game bonfire against a raid by Cal students intent on burning it before the rally. Some accounts say Hampton was perched in the tree, while others put him under it, but what’s known is that around 3 a.m., Hampton blasted his whistle in warning just as the intruders attacked. “All hell broke loose as Encina Hall Frosh spilled out, engaging the enemy in fierce combat, with their bare hands pulling [Cal’s] fire brands off the pyre, and thereby successfully defending the bonfire and saving the day (night),” reads the bronze plaque that was dedicated at the base of the tree in 1997.

The high jinks, while juvenile, provided ‘great material from which to weave tales for one’s grandchildren.’

Tuesday dawned. The Stanford Daily reported the details of the fracas with relish (“Only two boards were ignited, and they were soon extinguished”), and duly cataloged the injuries: “Thomas Collins, broken nose; Alfred Abrahamsen, cuts and bruises; James Mullen, injured eye; Harry Coty, face wounds; and Samuel Barclay, cuts and bruises.” The towering pile of railroad ties still had to be guarded until the rally, and tensions were high. Rumor had it that Cal students put the odds at 2:1 that they’d succeed in lighting the bonfire early. The freshman guards were told “to avoid the use of weapons in the event of another affair, but should it become necessary, to give the opponents everything they asked for,” the Daily reported, and extra security measures were taken. “All roads leading to the pyre will be watched constantly, and special wires have been installed from the field to Marvie Kahn’s room where he will be warned immediately if anything is sighted during the night.” 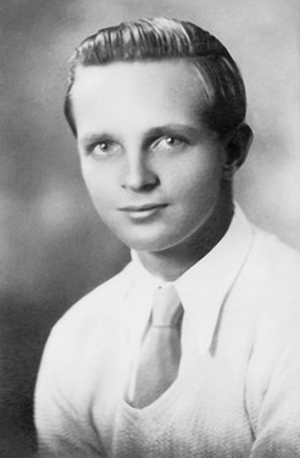 The Daily noted that the high jinks, while juvenile, provided “great material from which to weave tales for one’s grandchildren.” And so the rest of the story goes something like this: The guards, amply provisioned with doughnuts, sandwiches and coffee, succeeded in protecting the pyre until the rally. Cal won Big Game 6–0 that year, ending a seven-year Cardinal winning streak. Gordon Hampton went on to become an attorney and a philanthropist; his children—Roger Hampton, ’69, Katharine “Kit” Hampton Shenk, ’70, and Wesley Hampton, ’73—and grandchildren grew up hearing the story of that damp November night. And 89 years after the events that led to its naming, the Hampton Oak was rendered into 24,000 pounds of logs and 8,000 pounds of wood chips to be distributed around the Stanford campus and foothills, where they will support and protect another kind of campus wildlife.