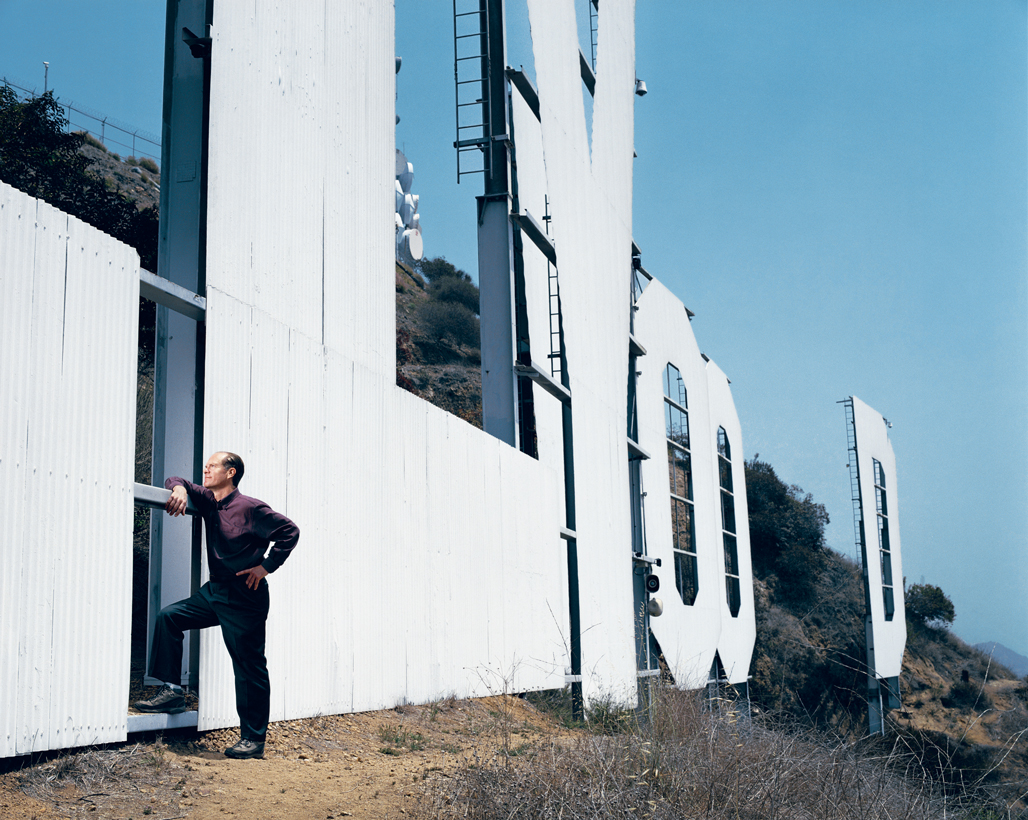 It resides on a coveted piece of land—a stretch of hillside with a view to die for, overlooking a glittery dreamland—its 50-foot corrugated steel letters visible for miles.

One of the world’s most recognizable symbols, the Hollywood sign is both a cultural marker and a community treasure, and Chris Baumgart intends to keep it that way.

Since 1993, Baumgart, MBA ’76, has chaired the nine-member Hollywood Sign Trust, which manages and maintains the icon. A Pebble Beach realtor, Baumgart drives to Los Angeles every six weeks to inspect the superstructure, evaluate the paint, examine the fences that form its protective perimeter, and check the cameras that he helped install to keep the curious and the scurrilous away.

The sign, he says, “has come to be a signature of a way of life as well as a very important element of the Southern California economy,” and his volunteer involvement is a labor of love.

Baumgart, who earned an undergraduate degree in film at USC, has promoted Hollywood both as a fan of the movies and as a businessperson. His association with its famous sign began inadvertently in 1988 when he joined the Hollywood Chamber of Commerce board of directors. Seeking a focus for his energies, Baumgart approached the chair, who produced a list of committees he could join. Toward the bottom was one that had been inactive: the Hollywood Sign Committee. “It’s yours,” he was told.

When Baumgart first saw the sign close up, it was nearly black on the back from decades of collected graffiti—this despite barbed wire that ostensibly protected each letter. “There was graffiti on the front, but it wasn’t bad because the city was constantly painting it out,” he says.

Today, the graffiti and the barbed wire are gone. An Internet-based security system has all but eliminated vandalism. Fences surround both the sign and nearby security cameras, which are monitored continuously to keep trespassers away. If there is a breach, security personnel in downtown Los Angeles can respond immediately. A website enables people around the world to view the sign and surrounding terrain in real time and from different angles.

“All nine of us contribute in our own way,” Baumgart said of the trust. “I press a lot of the web and security issues, but there are others who deal with other issues relating to the sign.”

The sign, which originally read “Hollywoodland,” was erected in 1923 by the Hollywoodland Real Estate Group to promote property in the hills above downtown L.A. It cost about $21,000. In 1949, worried that television would erode box office receipts, the Chamber of Commerce removed the word “land” from the sign, creating the lettering that exists today.

Baumgart has memorable moments from his association with the sign. He has accompanied three Los Angeles mayors, Richard Riordan, James Hahn and Antonio Villaraigosa, to the site. On New Year’s Eve 1999, he helped Los Angeles usher in the new millennium by illuminating the sign for one of the few times since it ceased to be a real estate billboard. In 2005, while monitoring the web cameras, he spotted a man trying to light the sign on fire. He alerted authorities, who arrested him.

His biggest fear is fire. On March 30 of this year, arsonists started a brush fire nearby, threatening the sign and a number of neighborhood homes. Weather also poses a hazard. The huge sign is “like a big catcher’s mitt,” Baumgart says. “All of the elements—especially the wind and rain—slam against it, really beating it up.”

How is it that a sign that in any other town might be considered an eyesore is so beloved? “To me, the sign is about dreams,” Baumgart says. “Dreams of success and making it in the business, and dreams that are put on screen.”

When Baumgart catches a glimpse of the sign on one of those screens, “It reinforces my belief that it’s something special.”

Steven Wagner is a freelance writer in Claremont, Calif.

The Dark Side of the Sun

Skin cancer is on the rise, and Stanford researchers are finding new ways to evaluate and treat it—by studying everything from hair regeneration to a rare genetic condition.

Trails out of School