How to Be a Mentor

We asked women in a variety of fields for their thoughts on mentoring other women. Here’s what they said. 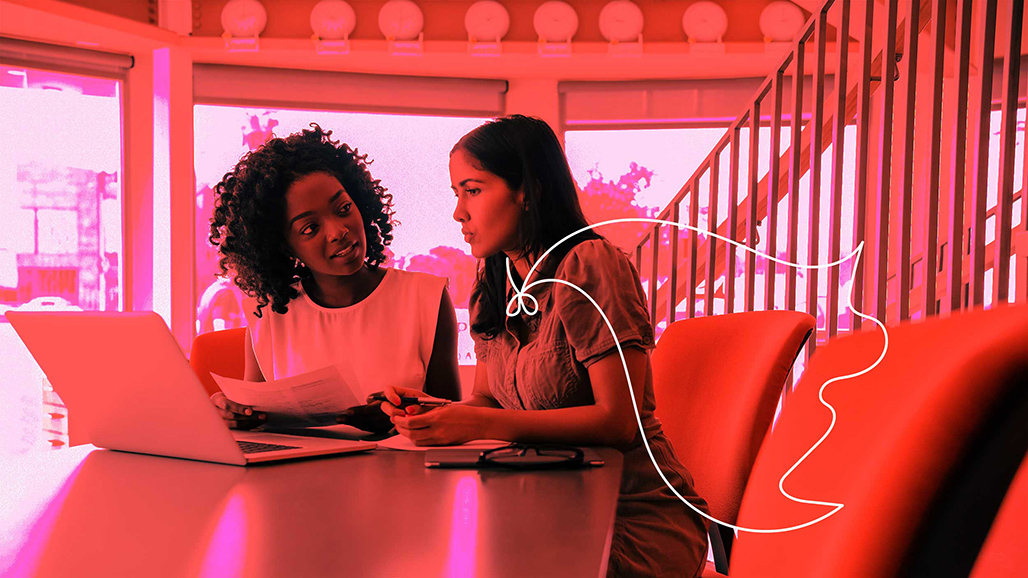 The peak of your career is not yet in sight. So the first time someone approaches you for career advice, you pause. Who, me?

Yes, you. Your experiences can help and inspire others, and learning to see yourself in a mentor role is an important step in your own professional growth, says Margot Gerritsen, PhD ’97, a professor of energy resources engineering at Stanford. “When assisting others, talking to others, thinking through challenges others face, you very often get more clarity on your own challenges,” she says.

Women in particular have an invaluable perspective to offer. “When you look at people who are underrepresented in their industries, I think there’s an additional set of challenges that those underrepresented groups face that are uniquely addressable by people who are in similar situations,” says My Le Nguyen, ’03, MBA ’09, founder of the financial firm Lyden Capital. “When you’re able to have mentors or confidants who are not only able to share but are also able to commiserate, it’s hugely valuable.”

But this is not your mother’s mentoring. Well-timed support is the new formal mentorship, and it takes many forms across multiple platforms. Which means it’s easier than you might think to offer others the benefit of your experience. And the mentor-mentee relationship needn’t be limited to older colleagues advising the young. (Remember the last time you helped a co-worker sign into Slack on her phone?)

We asked six alumnae for the best advice they’ve given or received, and why taking the time to pay it forward matters. 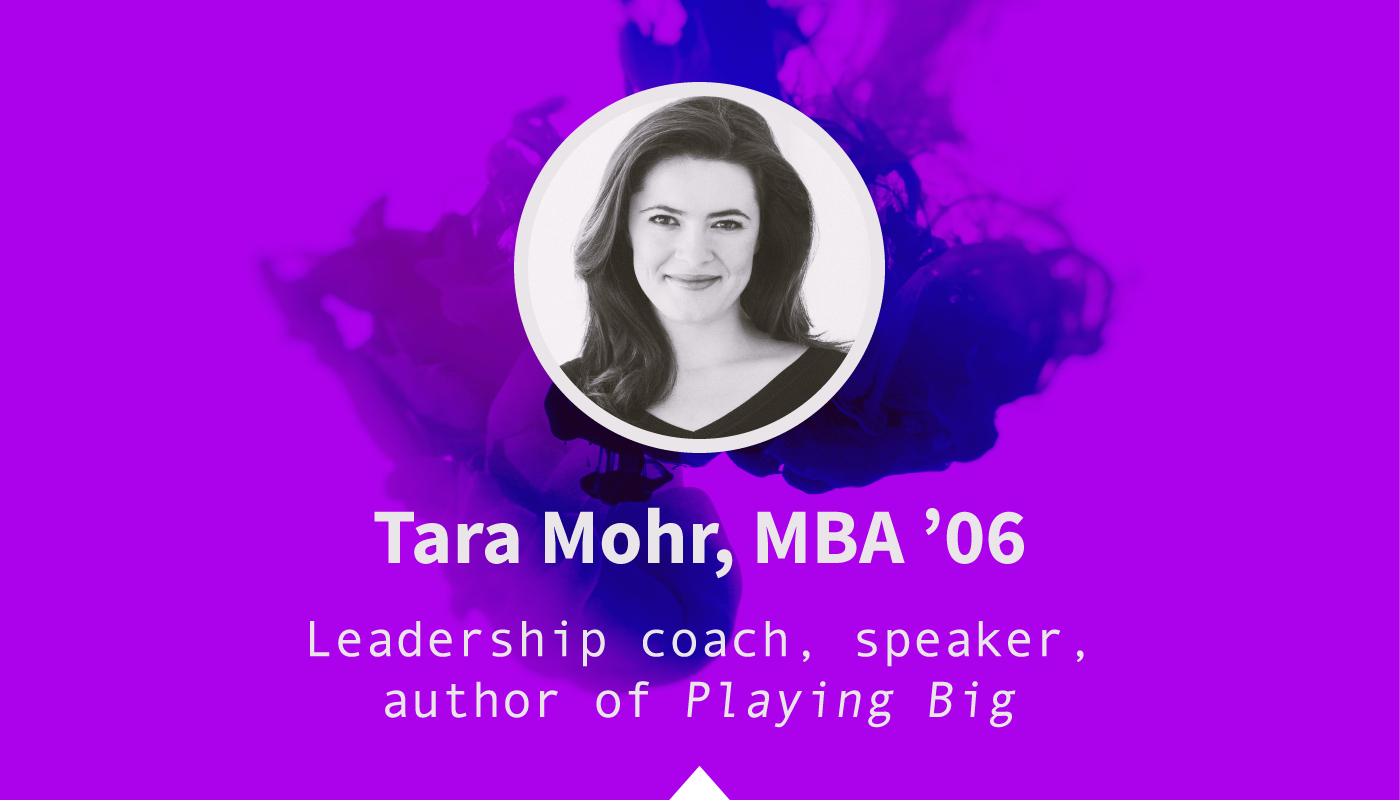 “Stop asking the question ‘Am I ready?’ That’s not important. ‘Do I want this? Would this excite me?’ Those are the relevant questions.”

Mentorship isn’t about giving prescriptive advice or charting someone else’s career direction, says author Tara Mohr. “But a mentor relationship can provide the mentee valuable lessons from the mentor’s story, insights about an industry or company, and key opportunities and introductions,” she says. Sharing your experience helps you, too. “We teach what we need to learn, so it’s an opportunity to reflect on the lessons you want to apply in your own career,” she says.

Women tend to be less comfortable making a formal request for help, she says, so one of the best things you can do as a mentor is offer help when you see an opportunity.

She offers similar advice to women on either side of the mentor/mentee relationship: “A lot of times we ask ourselves, ‘Am I ready for that?’ We actually have no idea how ready we are for anything. We vastly underestimate ourselves. Don’t ask that question anymore,” she says. “If the door of opportunity opens and you’re curious what’s on the other side, go for it. If you feel drawn to something, that’s reason enough to go chase it. Stop asking the question ‘Am I ready?’ It’s not important. ‘Do I want this? Would this excite me?’ Those are the relevant questions.” 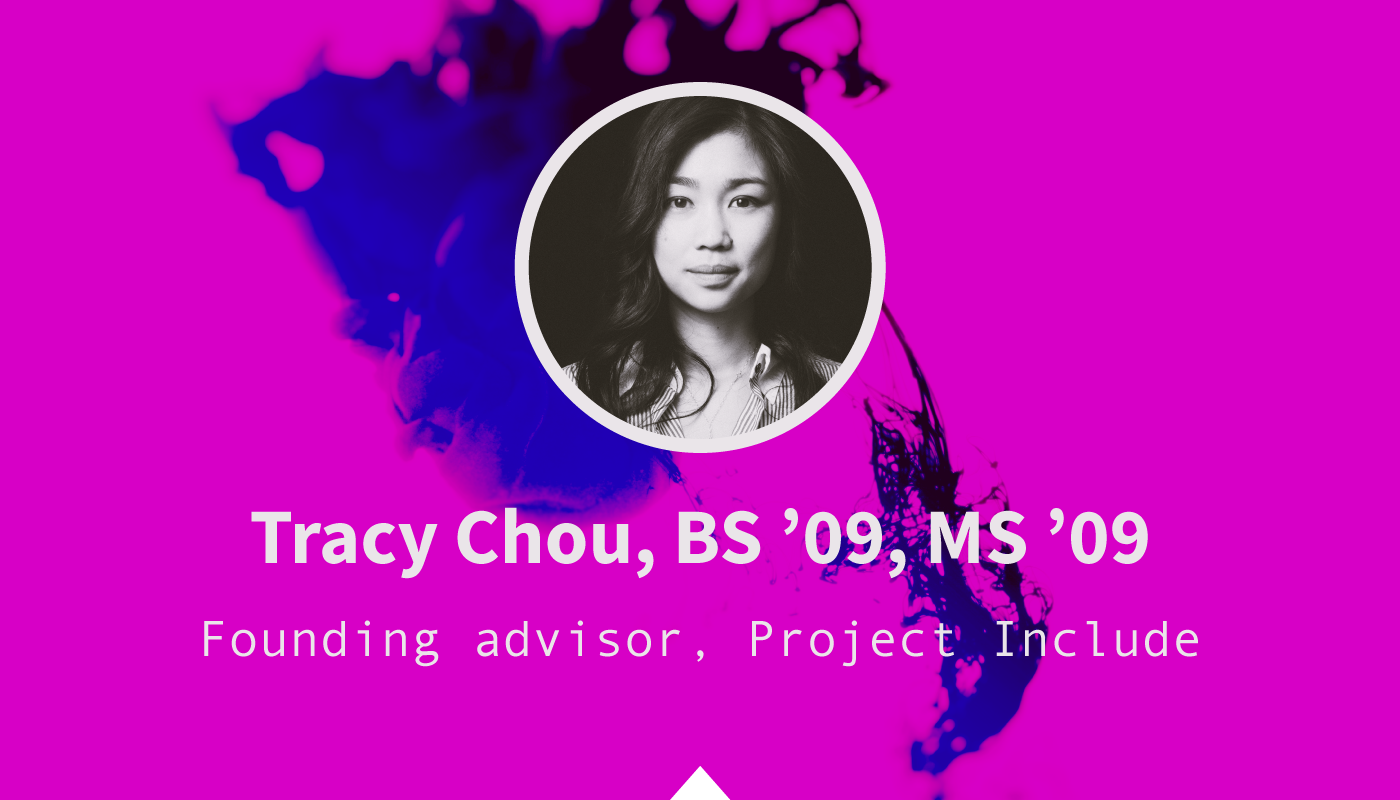 “It is possible to find good workplaces and good teams, and it is entirely reasonable to leave a toxic environment in search for something better.”

“Critical sponsorship” and “one-off instances of support at the right moments” are how programmer Tracy Chou describes the professional backing she finds most helpful to give and receive.

Publicly advocating for others or taking the time to express your belief in someone can boost their career. “I’ve appreciated the women and men who’ve sometimes had more confidence and conviction in me than I did in myself, and encouraged me to push forward or even pushed for me when I wasn’t in the room,” she says.

Chou, a former software engineer at Pinterest who is a role model for many female programmers (Vogue reported attendees lined up to have their photo taken with her at an annual gathering in 2014 of women in computing), says some of her biggest professional challenges have come from unwelcoming workplace cultures. Her writings on gender discrimination in the tech industry provide a kind of systemic mentorship for other women in her field.

“As much as people are talking about issues of diversity and inclusion in the workplace, there is still a large gap between what is said and what is done,” she says. “At the same time, it is also possible to find good workplaces and good teams, and it is entirely reasonable to leave a toxic environment in search for something better.” 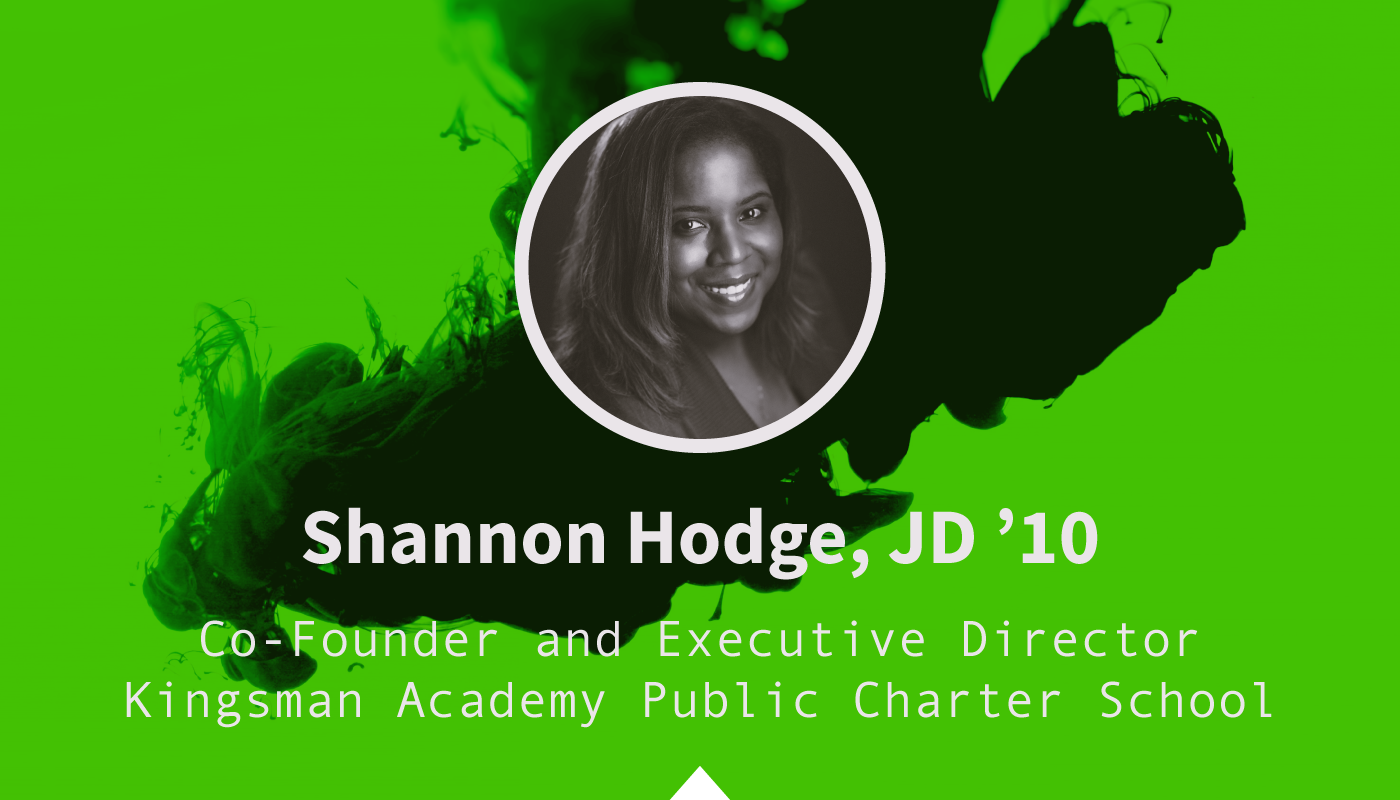 “When someone asks for advice, I take a step back and think about what I have learned, what would I do differently, where I can be helpful.”

In addition to counsel from traditional mentor figures, the collective wisdom of her peers, family members, friends and acquaintances has helped Shannon Hodge see her career path more clearly.

Hodge was a school guidance counselor, clerked on the U.S. Court of Appeals and worked as an attorney before she co-founded Kingsman Academy Public Charter School in Washington, D.C. When making big career decisions, such as whether to pursue a degree in law or education (ultimately, she chose both), she says, conferring with a wide range of people who could offer different perspectives helped her feel confident about her choices.

“It’s helpful for me to talk to people who have known me for different lengths of time and in different settings, to make sure I’m not missing things,” Hodge says.

At work, she says, “every day brings a new fire to put out.” But taking the time to offer guidance when a colleague, friend or family member asks for it gives Hodge a welcome opportunity to stop and reflect in a way that helps her, too. “I take a step back and think about what I have learned, what would I do differently, where I can be helpful. I don’t usually have the luxury to do that unless someone asks for help.” 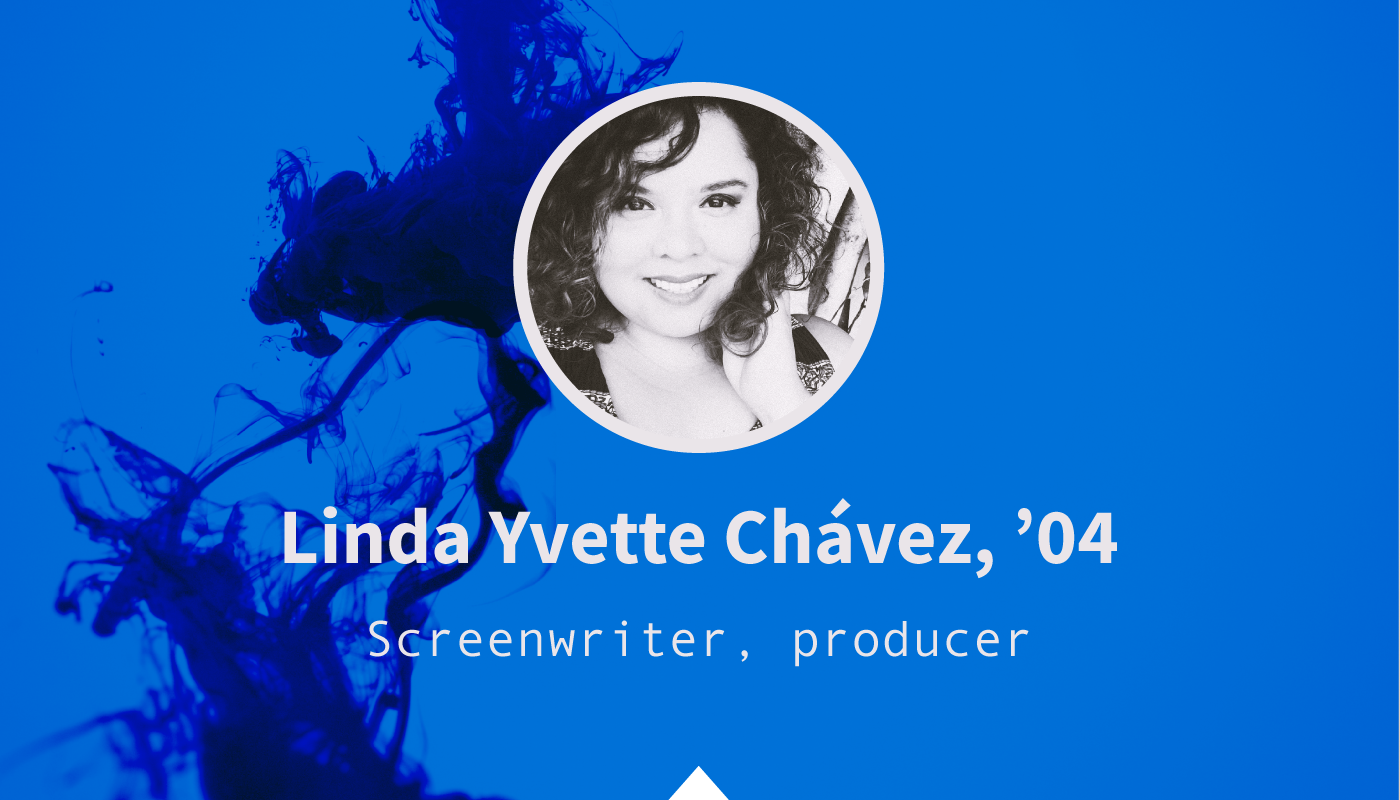 “If something feels off in your gut, that’s your body’s way of telling you you’re going in the wrong direction. Lean into the good feelings instead.”

Linda Yvette Chávez believes empathy is a powerful form of mentorship. “I work with a lot of people of color and women. I want them to feel seen, heard and not alone by letting them know I’ve been down that path too and have experienced the same struggles.”

As Chávez has progressed in her career as a screenwriter and producer for TV and film, her time for mentor-mentee exchanges has been compressed. But she still believes it’s something that can be worked into the day. Mentoring peers and more junior colleagues might take the form of providing feedback on a script or even answering a Facebook message. “Those small moments can really go a long way in helping people navigate their fields,” she says.

One critical piece of advice she’s received and now passes on to others in her field? “Trust your intuition,” she says. “If something feels off in your gut, that’s your body’s way of telling you you’re going in the wrong direction. Lean into the good feelings instead.” And to women in all fields, she adds, “Find an environment that’s nurturing and helps you grow. Find the people who are going to lift you up.” 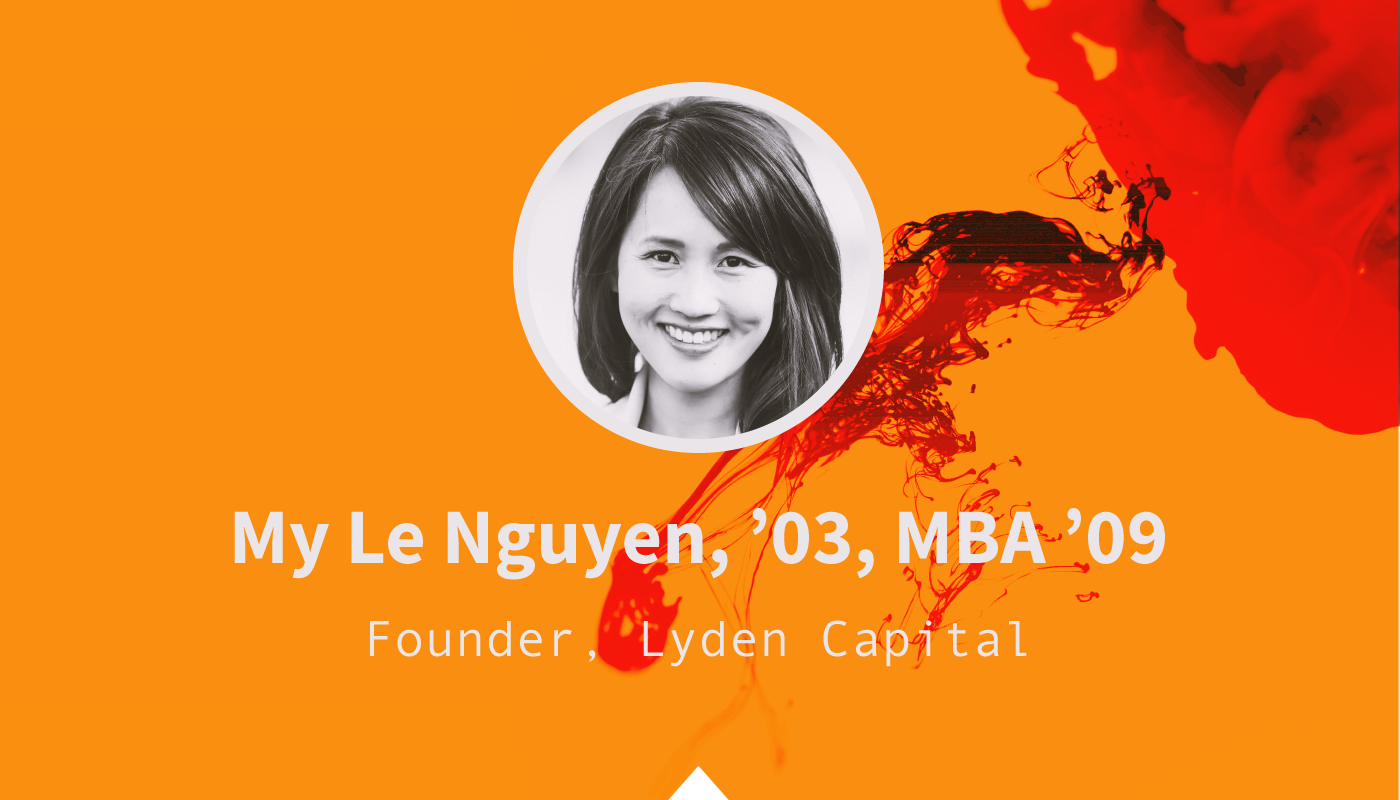 “Just as careers are important, the work people do in terms of raising children is very important, high stakes and difficult.”

Answering a new employee’s question over the cubicle wall? That could be a form of mentoring. My Le Nguyen, who works in finance and technology, says early in her career she thought of mentorship as a formal, structured relationship with someone in a senior role. But she quickly realized that a few minutes to chat with a colleague was a valuable opportunity. At her first job out of college at an investment bank, a fellow analyst took the time to show her the ropes. “Without his guidance and pep talks, I would not have had as successful a tenure as I did.”

Now, she says, she looks for ways to encourage others. “I can see myself in those younger folks who are just coming up. I can say to them that I relate. That could have a real impact on their confidence and happiness on the job.” It did on hers. “Just knowing that there were other people who cared about what I was going through and had some personal interest in my success — that meant so much,” she says.

Nguyen notes that mentorship opportunities aren’t limited to one-on-one exchanges. You can support others by participating in professional networks and taking part in panel discussions, especially on topics related to work-life balance. “There are a unique set of challenges in managing a career and a family,” she says, and advice on the juggling act can help enormously — even at the logistical level, such as traveling for work when you have young children at home. “Just as careers are important, the work people do in terms of raising children is very important, high stakes and difficult.” 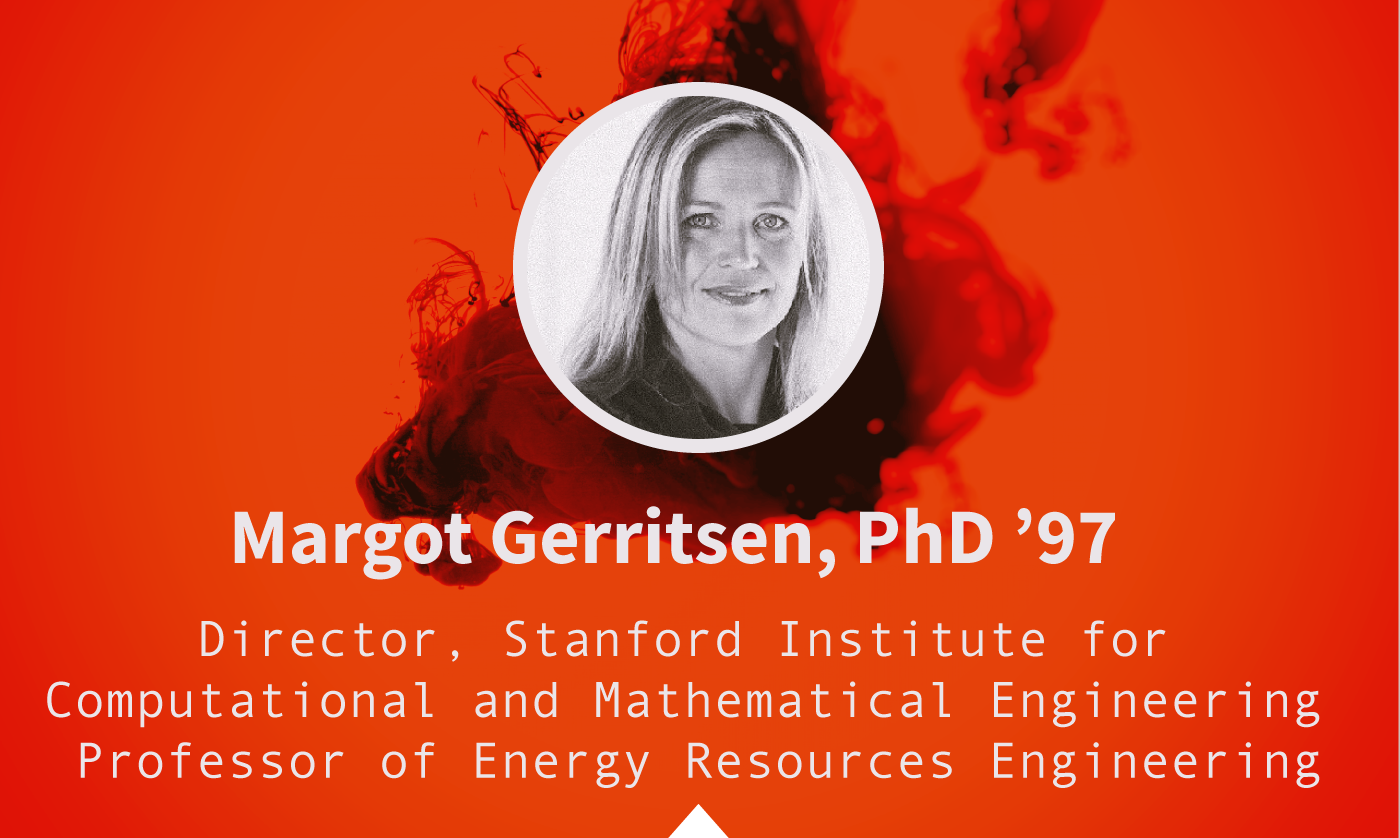 “Through teaching, you learn material better than any other way.”

It’s important for women to mentor others at every level of their own careers, says Margot Gerritsen, energy resources engineering professor and the director of the Stanford Institute for Computational and Mathematical Engineering. “We should help each other at any stage and at any time.” And at any scale: Gerritsen and her co-directors brought the Women in Data Science technical conference, which was established at Stanford in 2015 and features all female speakers, to more than 150 locations in more than 50 countries this year.

She sees the mentoring relationship as a win-win. “You can learn a tremendous amount from teaching others,” Gerritsen says. “Volunteer to teach. Through teaching, you learn material better than in any other way. Also, don’t be shy about asking others to teach you.”

Gerritsen notes that as valuable as mentorship is, some things have to be learned by doing. “For example, many students — and faculty — are highly self-critical and, as a result, they often experience self-doubt,” she says. A mentor can help them change that by providing perspective, she says, but ultimately it’s the mentee who must make the mental shift. “Guiding with consistent and regular feedback and encouragement can help.”

One piece of advice she shares with women in her field? “Don’t take things personally too quickly, and certainly don’t make things personal.” Instead, she says, take in what’s useful to improve your work and your outlook and move on.