A story of shifting public sentiment and interconnected economies. 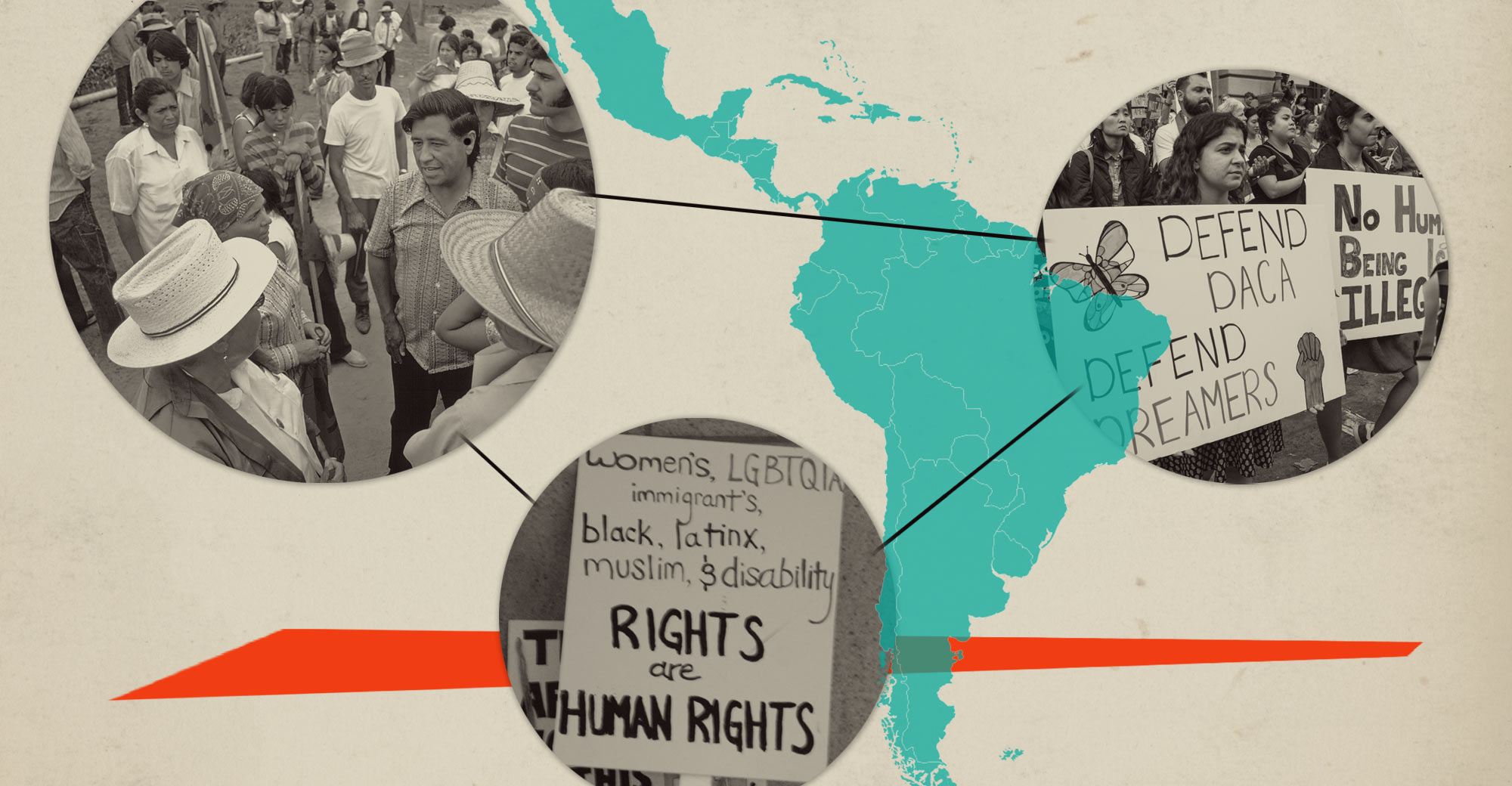 Ana Raquel Minian, a prize-winning author and an associate professor of history at Stanford, understands the complexities of immigrant life—both as an immigrant from Mexico and as a scholar of Latinx history, immigration and modern Mexican history. Her work addresses the diversity of Latinx identities and the historical forces that have shaped social movements and led to changing attitudes, such as the economic and political realities that caused Mexican American communities to cease seeing themselves in competition with immigrants and instead to identify with them and support their rights. 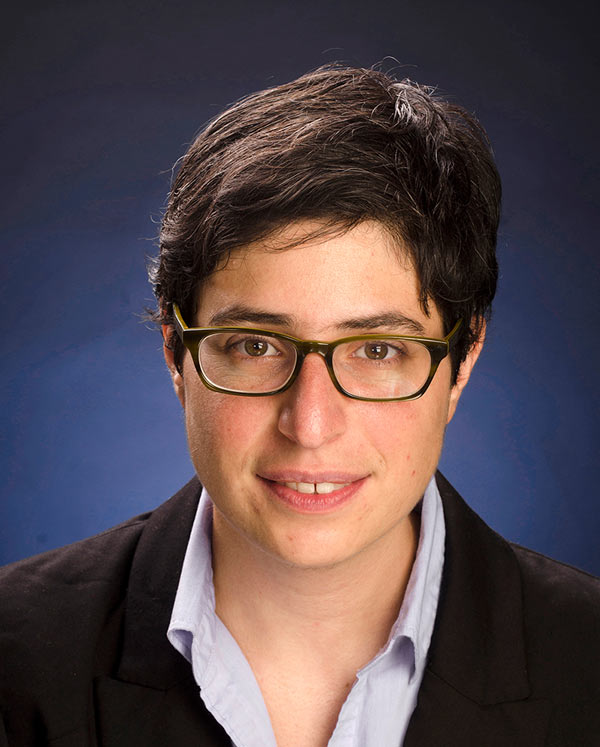 In her 2018 book, Undocumented Lives: The Untold Story of Mexican Migration, she examines how social and economic changes shaped the experience and public perception of unauthorized migration to the United States between 1965 and 1986. During this period, thousands of Mexican men lived a circular existence, alternating between working in the United States to sustain their families in Mexico and spending time back home to reconnect with them. Through remittances, they were crucial to the Mexican economy, and through labor, they provided much-needed workers in the United States. Only in 1986 did this complex existence cease, when Congress passed the Immigration Reform and Control Act, which placed restrictions on border crossings and in many ways trapped migrants in the United States. Large numbers of them established permanent homes and stopped returning to Mexico for fear of being unable to reenter the United States.

Through her scholarship, Minian explores the complex patterns underlying immigration and the ways they are influenced by the power structures that create laws and shape public opinion.

STANFORD: How did you become interested in your current fields of study?

Minian: I was born and grew up in Mexico City but, by now, have spent a little over half of my life living in the United States. I was fortunate enough to be able to get a student visa to come, but many of the people I met once here had a much harder path: They had to cross the border without papers and live in the United States without authorization.

What did it mean, I wondered, that so many Mexicans were willing to leave their home country? I missed my family and friends, I missed speaking my language, and I missed people who understood my culture. Even though I was in a privileged position because I had a visa, I knew I could be deported if I was not careful. Thus, I avoided going to protests so as not to risk arrest. My friends who did not have papers had it much worse: They could be deported for no reason at all. And yet their parents had chosen to bring them to the United States knowing that they would have more opportunities on this side of the border.

The implications of their migration were poignant. For millions of Mexican citizens, the situation back home was so dire that they left their communities of origin to live in a country that viewed them primarily as illegal aliens. Why had the Mexican government not tried to incorporate these citizens into the nation’s economy? And why did U.S. laws deem these migrants illegal, thus forcing them to live in the shadows, when they constituted such a vital part of the social and economic fabric of the country?

It was this set of questions that led me to study migration.

In recent years, a number of social movements have had what appear to be major breakthroughs in terms of generating public support. In comparison with movements for women’s rights, LGBTQ rights and racial justice, how have movements for the rights of immigrants and Latinx people fared?

Before I answer this question, I think it is important to note the interconnections of these movements. For instance, in recent years, one of the most visible social movements for undocumented migrants’ rights was the one led by undocumented youth, including the Dreamers. Many of the key activists in this movement identified as queer, and their identities reinforced their struggles. Yahaira Carrillo, who is one such activist, said: “At the end of the day, both coming out as queer and coming out as undocumented, it’s about living life on your own terms.”

‘What did it mean, I wondered, that so many Mexicans were willing to leave their home country?’

As a queer immigrant myself, however, I have noticed how in the past 20 years society has reacted very differently to the movements for LGBTQ rights versus those for immigrants and Latinx people. In 2004, the year George W. Bush ran for reelection, Republicans used conservative voters’ fear of same-sex marriage to spur his campaign. But this was not their strategy in the campaigns that followed. According to data from the Pew Research Center, by the 2010s, more Americans supported same-sex marriage than opposed it, and by 2019, 61 percent of Americans favored allowing such unions. The 2015 landmark case Obergefell v. Hodges, in which the Supreme Court ruled that same-sex couples have a constitutional right to marry, reflected these changing perspectives. This does not, of course, mean that queer people have achieved full rights or even that same-sex marriage is the most important right that queer people seek, but it does show that LGBTQ achieved significant victories during the past 20 years and that support for queer people improved during this period.

In contrast, immigrants’ rights groups did not see this trend. In the past 20 years, the rights of and rhetoric against immigrants changed, but not in a linear manner. In the years after 9/11, the government introduced major new border security and law enforcement initiatives. Muslim and Arab immigrants, in particular, faced increased scrutiny as many Americans came to associate them with terrorism. During the Obama administration, this anti-immigrant rhetoric declined, but at the same time, deportations of undocumented migrants soared between 2012 and 2014. President Obama was known as the deporter-in-chief, but he also created the program known as Deferred Action for Childhood Arrivals (DACA), which allows certain undocumented immigrants who were brought as children to be protected from deportations and to be eligible for a work permit. Then, when Trump ran for president, he demonized undocumented migrants, and once he assumed office, he targeted them relentlessly. He tried to liquidate DACA, introduced a family separation policy for those in detention, and forced many Central American asylum seekers to wait in third countries while their claims were adjudicated.

Let me turn to the other part of your question. It is interesting that you bring up Latinx movements because their struggles have not gained as much visibility as those of the other movements you are talking about. The issue of women’s rights gained visibility through #MeToo and the Women’s March. Black Lives Matter brought attention to the violence that Black people experience from both state institutions and citizens. Struggles against Trump’s plans with regard to DACA, the building of a wall between Mexico and the United States, the separation of families in detention, and the Muslim ban brought attention to migrants’ rights. But there has been little attention to the demands of the Latinx community that are not related to immigration. Like other communities with large numbers of working-class people—including Black and Native American communities—the Latinx community has long been fighting for access to jobs, health care and education.

Since your work focuses primarily on Mexican migrants and Mexican Americans, can you describe moments of inflection when the public perception of these groups dramatically changed for better or for worse?

Up until Trump’s presidency, attitudes toward Mexican migrants were correlated with the economy. When the economy was doing well, Mexican nationals were welcomed and even recruited to come; during slumps, they were blamed for the nation’s troubles and deported. For example, during the Great Depression, local governments accused ethnic Mexicans of taking jobs from U.S. citizens and of living off public welfare. Immigration officials started deportation campaigns to rid the country of unauthorized migrants and to pressure legal residents and citizens of Mexican descent to leave “voluntarily.” However, only two years after the final repatriation campaign, which took place in 1939–40, U.S. officials sought to bring Mexican laborers to replace U.S. workers who had gone to fight in World War II. The U.S. government signed a bilateral agreement with Mexico through which Mexican men could come legally as “guest workers” to work in U.S. fields. Interestingly, the rhetoric and policies of the Trump administration increased the animosity against Mexican migrants during a period when the U.S. economy was doing relatively well.

‘When the [U.S.] economy was doing well, Mexican nationals were welcomed and even recruited to come; during slumps, they were blamed for the nation’s troubles and deported.’

Now, historically, Mexican Americans have been associated with Mexican migrants. Even though they are citizens, they have regularly been seen as outsiders and associated with illegality. As such, the perception of Mexican Americans has often been tied to that of Mexican immigrants. That being said, the 1960s and early 1970s were an important point of inflection because Mexican American groups managed to reshape public attitudes. Groups such as the United Farm Workers (UFW), led by César Chávez, brought visibility and support for the Mexican American farmworker community in the United States. These organizations—which identified as Chicano/a groups—developed on the ground forged by the Black civil rights movement. This movement inspired Chicano/a youth to fight for their rights, it displayed successful strategies for them to adopt, and it left the nation more prepared and willing to listen to the demands of racial minorities.

What barriers do you see slowing down social change or preventing movements from being more successful in the present?

One important barrier slowing down social change is that many of the problems Black, Indigenous and people of color face stem from the existing economic system. The U.S. economic model has led to mounting inequality. According to the Pew Research Center, between 1989 and 2016, the wealth gap between the country’s richest and poorer households more than doubled—and much of this inequality is racialized. The Brookings Institution showed that in 2016, the net worth of a typical white family was nearly 10 times greater than that of a Black or Latinx family. Yet the idea of shifting to a different, more just economic system has not gained much traction.

Another problem that I see for these groups is that they are not carrying out the community organizing that is often required for success. For example, in the 1960s, Chávez and other UFW organizers were successful in part because they went door to door, got to know people and then convinced them to join the cause. Conservative movements have employed similar strategies, often using churches as spaces to talk to people, create a sense of community and enlist them to their organizations. But nowadays, fewer progressive movements are conducting this type of grassroots organizing; instead, they’re relying on the internet. A clear example of this is the Women’s March. Millions of people attended the March. But they had no connections to each other or to a movement. As such, it was impossible for the march’s organizers to build a sustained social movement with committed members.

Freedom, justice and equality are too often seen as zero-sum.

Sociologist Matthew Clair on Race and Class in Criminal Justice

It takes more than a movement to transform the system.