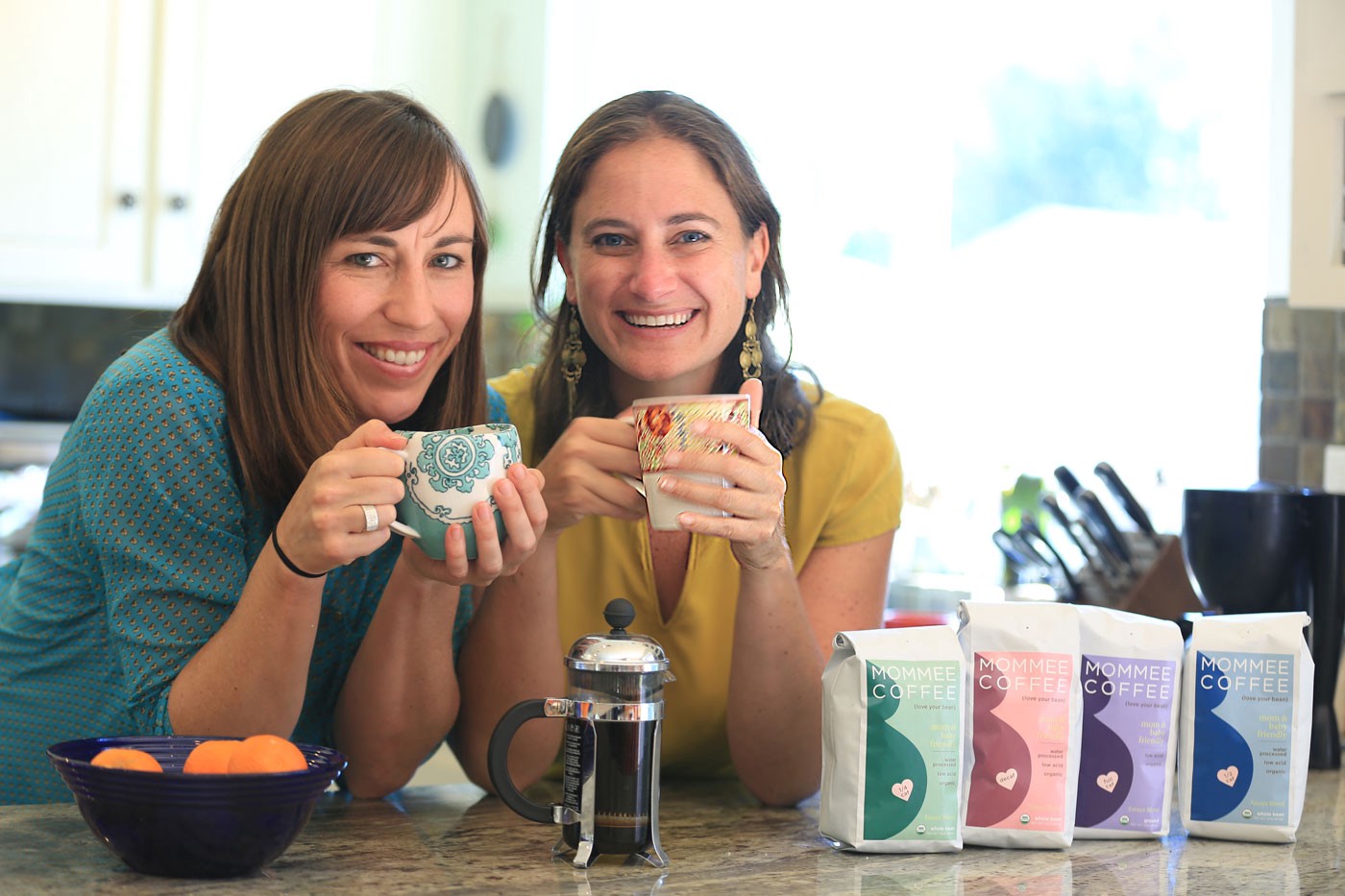 As a working mother pregnant with her second child, coffee lover Emilie Simmons, ’01, MS ’03, says that “coffee was my biggest concern as something to give up.” But she wondered: How important was it to avoid coffee during pregnancy? She concluded, after research, that a limited amount of caffeine wasn’t harmful; rather, it seemed that the societal pressure for pregnant women to go caffeine-free was what steered some away from their daily cup. In an attempt to ease that pressure, Simmons and Stanford classmate Sharon Pieczenik, ’01, last year founded Mommee Coffee, the first coffee company specifically for moms and moms-to-be. Their products, offered via Amazon Prime and in a San Francisco maternity store, are “guilt-free”: organic beans with four different caffeine levels—decaf, quarter, half and full—that are decaffeinated using a water processing technique rather than chemicals. They’re also low in calcium-leeching acid, which is particularly salient to pregnant women “building an entire other skeleton structure within themselves,” Pieczenik notes. The point is not to pressure pregnant women to drink coffee, but rather to offer the best possible option for women who decide to do so. For Simmons, what’s most important is to be “a community for women at these stages of motherhood [who] live in the real world”—women who, as their website says, “love/need/crave coffee while also being pregnant or trying to conceive.”

“Finding the right balance is tricky,” they write. “Sometimes we forget that part of being good to baby is being good to ourselves.”

A drone for every purpose is on the way, and Stanford is feeling the buzz.

What Memories Can Bring