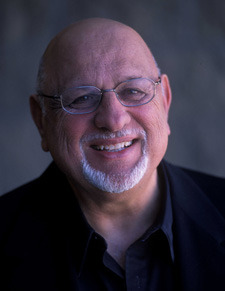 Grocery store magnate, humanitarian, public-education advocate. These words describe the legacy of Eddie Basha Jr., who rescued and expanded his father's grocery business while helping countless charitable causes around Arizona and becoming one of the state's most recognized and beloved residents.

The son of Lebanese immigrants, Basha's grandfather joined the family in New York City in 1884 and settled in Arizona in 1910, where he opened a general store in Sonora and later built a second store in Chandler. Basha's father, Eddie Sr., and his uncle, Ike, learned the mercantile business at the Chandler store before striking out on their own in 1932 with the first store of what would become the Bashas' supermarket chain.

After graduating with a degree in history, Basha joined the family business. Following his father's death in 1968, he took the helm—at just 31 years old—and righted the floundering company, turning it into one of Arizona's leading grocery chains. During his 40 years as CEO, Basha expanded into new markets, creating AJ's Fine Foods selling gourmet and specialty items, Food City oriented towards Hispanic customers, and Bashas' Diné serving Native Americans on the Navajo Reservation, in addition to growing the mainstay chain of Bashas' stores.

Basha gave generously back to the community, raising and donating millions to various charitable causes. He was most proud of his work to improve schools around the state and make educational opportunities available to more students. A member and three-time president of the Chandler Unified School District between 1968 and 1980, Basha was appointed to the State Board of Education in 1984 and to the Arizona Board of Regents in 1990. In 2005 he received the Martin Luther King Jr. Servant Leadership Award from Arizona State University.

"Sometimes we gave away more than we made," Basha said in a 2009 interview for Phoenix Magazine. "But that was the commitment from my parents who immigrated here: 'Build a better country. Build a better state. Build a better community, because that's what life is all about.'"

Public tributes to Basha recalled his keen wit, practical jokes and generous heart. "Eddie was Arizona through and through," said Gov. Jan Brewer.

Through trends and tragedy and three decades, restaurateur Lynn Wagenknecht has set a cozy scene in Lower Manhattan.