Peter Cole set his schedule by the waves, planning his life around the height of the swells off the coast of Oahu. For 50 years, when the waves were good, he’d paddle out and wait for hours to catch the perfect one.

He fell in love with the water at 14, when he and his twin brother, Corny, would carry their huge wooden surfboard down to the beach in Santa Monica. But it was at Stanford, where he became the third-fastest middle-distance swimmer in the country, that he developed his affinity for larger waves. More than a decade before surfers discovered the massive waves at Mavericks, off Half Moon Bay, Cole dedicated himself to the swell at Steamer Lane in Santa Cruz.

After graduation, he moved to Hawaii to be near legendary surf spots like Sunset Beach. Before the 1950s, surfers mastered turns and tricks on small waves—hotdogging, they called it then—but he and his friends were the first to tackle waves that topped 20 feet, and Cole was one of the first people ever to catch a 30-foot wave at Waimea Bay.

Unlike nearly every other surfer, Cole never wore a leash to connect his ankle to his board. He saw leashes as one of the worst things to happen to surfing because they removed the consequences of losing a board, enabling poor wave selection and crowding. “He was a real purist in a lot of things,” says his son Douglass.

With a mastery of chaotic waters and an edge honed through his achievements in swimming and lifeguarding, Cole won the Makaha International Surf Contest in 1958, putting him at the forefront of the big-wave scene, where he stayed for decades. 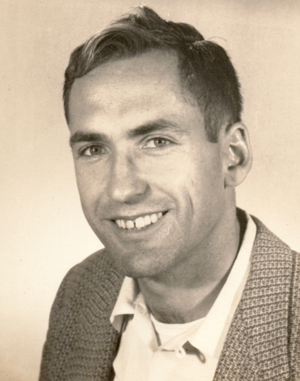 Cole often attributed his longevity in surfing to his relationships with Gaughran and his other friends and family. He never burned out, he said, because he had a balanced life. He spent many years as a Navy computer systems analyst, and he founded the Oahu chapter of environmental nonprofit Surfrider to protect the shoreline he loved so much.

Cole was predeceased by his twin brother, Cornelius. In addition to Douglass, he is survived by his wife, Sally; sons Peter and Ka‘aina; stepdaughter, Kaulana Fraser; six grandchildren; and brother Schuyler.

What ‘A Friendship Mission’ wrought.