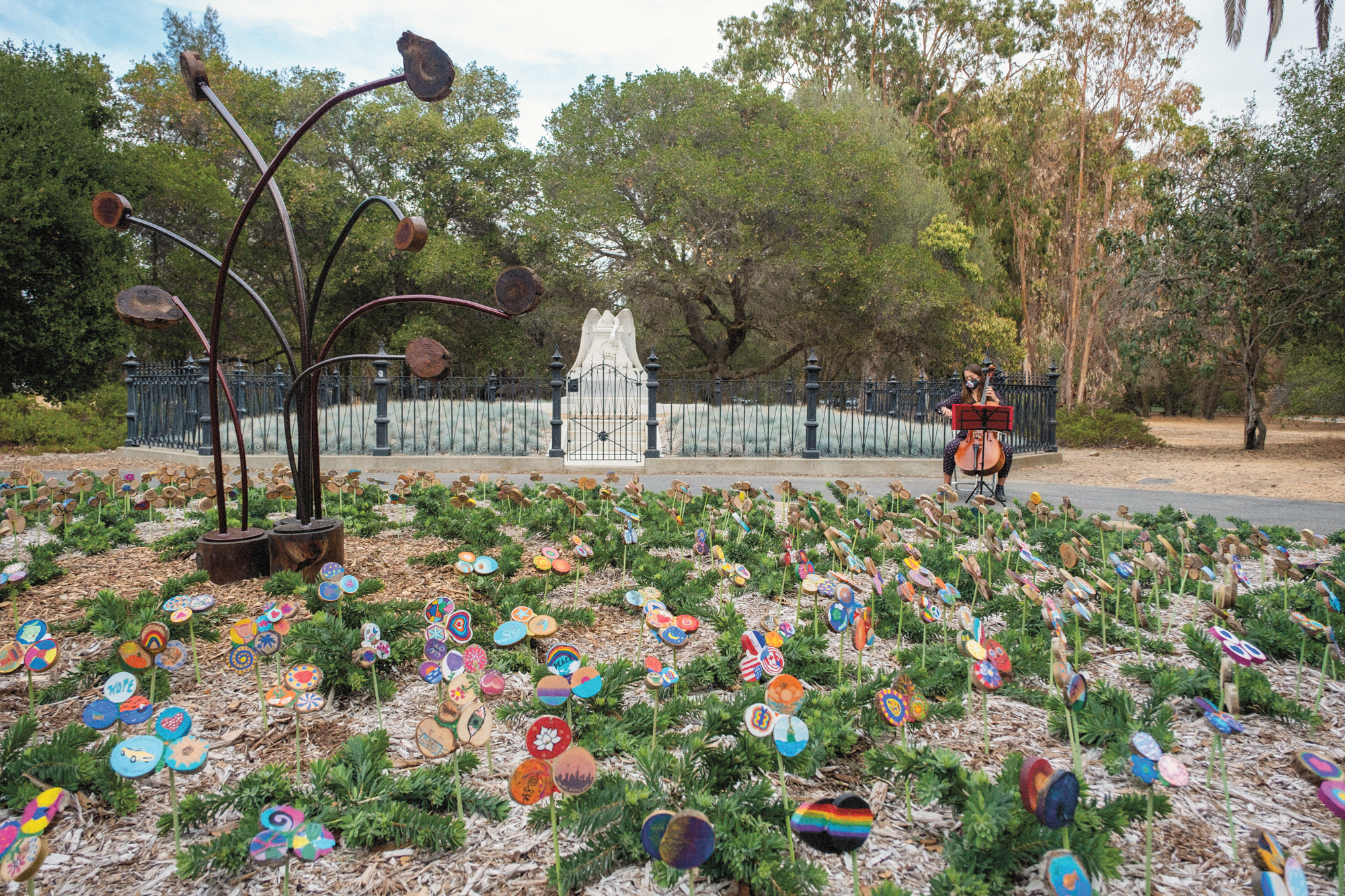 The finishing touch for Apart-Together came quite by accident. Art and art history lecturer Lauren Toomer, MFA ’15, was invited to create a visual element for Stanford Medicine’s COVID-19 Remembrance Project. She had settled on a sculpture made of wood from the campus environs. Intertwining branches would emerge from three stumps representing the university, the School of Medicine and Stanford Health Care. But in the process of playing around with her materials, Toomer ended up constructing little flowers. That’s when it clicked: Instead of using flags to represent lives lost to COVID-19, as had been the plan, she would invite community members to paint 600 wooden petals in memory of the then 600,000 people in the United States who had died in the pandemic. The flowers and Toomer’s sculpture were placed in front of the Angel of Grief statue and dedicated in a ceremony that included musical performances  on October 6. Toomer hopes each petal will act as a reminder that, behind the numbers, there were unique people.

Lab leak? Animal transmission? Why David Relman and his colleagues told the world that we need to investigate both of COVID-19’s origin stories.