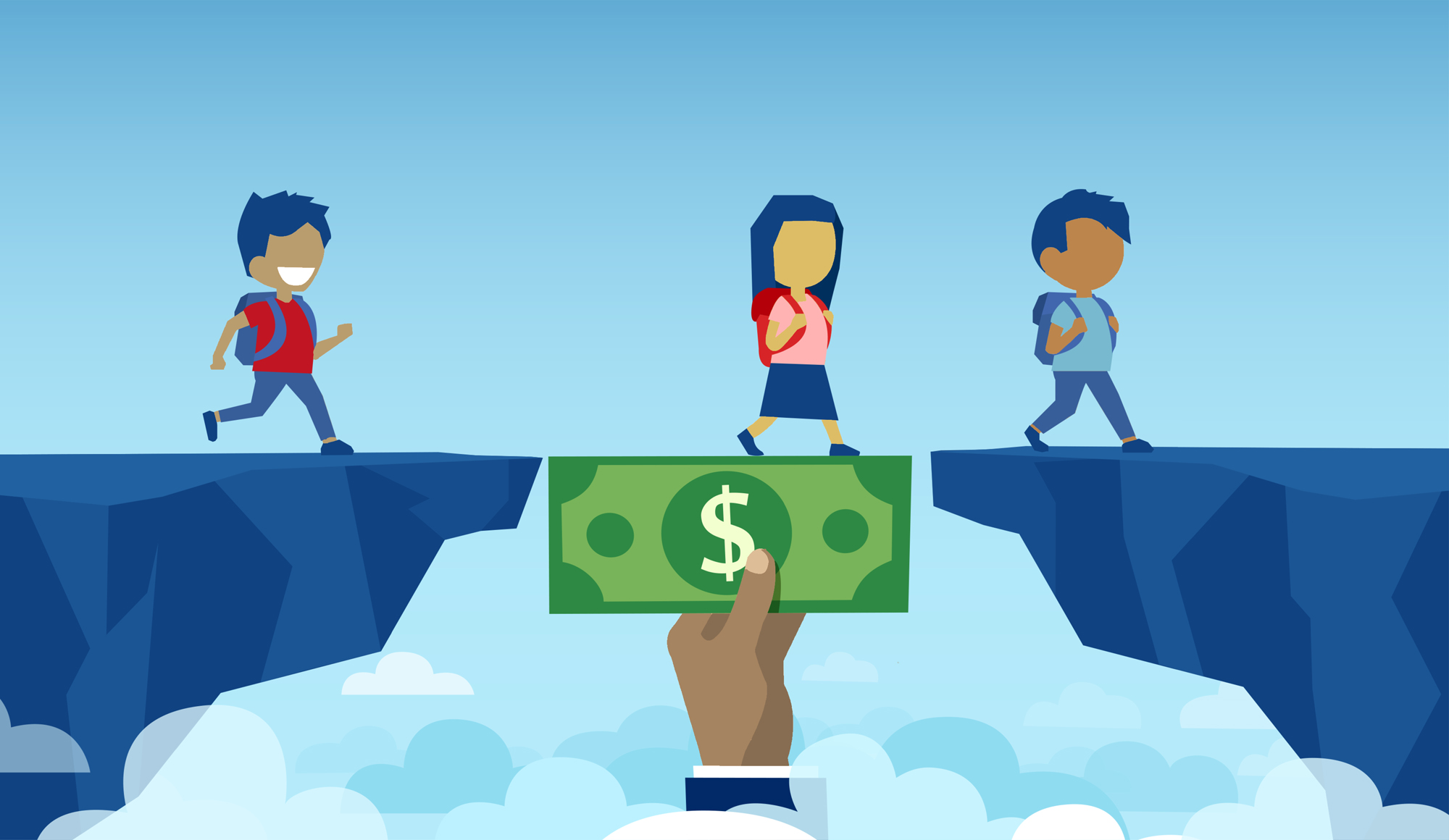 Close to half of Stanford’s 7,000 undergrads receive need-based financial aid, and in normal times, nearly all of them would be living on campus. The costs of their room and board would be obvious months in advance, says Karen Cooper, Stanford’s director of financial aid.

These aren’t normal times. In fall quarter, only about 700 students with approved special circumstances were on campus. Two-thirds of students who receive aid were living with their families. And the remaining fifth were elsewhere, many in short-term rentals, whose costs may be reimbursed by the university up to what the students would have received for campus room and board.

The renters included international students who returned to their home countries but needed outside accommodations to secure things such as high-speed internet and reliable electricity, Cooper says. They also included students trying to extract a smidge of lemonade from COVID-19’s ample lemons. “Miami, San Diego—there’s a bunch of students in Honolulu this quarter,” she says.

There has, however, been no getting away from the headaches COVID-19 has caused for student finances. Aid packages are established using the estimated cost of attendance, a number that requires knowing where a student will be. That moving target slowed the award process in 2020. “I have no idea how much money I need to pay for school and how much money I have left to pay for other things,” one sophomore told the Stanford Daily in September.

There has, however, been no getting away from the headaches COVID–19 has caused for student finances.

The process has sped up each quarter, Cooper says. And the university has taken other steps to help those on aid, such as replacing student contributions from employment with grants. The Financial Aid Office also provides funds for internet access and food, even for those living at home. It’s only fair, says Cooper. When budgeting, “those parents didn’t plan to feed those kids.”

For items that financial aid doesn’t cover—those beyond tuition, fees, room and board, travel, books and a personal-expenses allowance—there are additional safety nets. The Stanford FLI (First-Generation and/or Low-Income) Office’s Opportunity Fund provides help for low-income students who face an unexpected cost, be it a replacement computer or a medical expense not covered by financial aid.

Some in the greater Stanford community—including students on leaves of absence and recent grads—fall outside the purview of traditional financial aid. Helping those people, as well as students’  family members, has been a rallying cry of the Basic Needs Coalition, a student group that formed in July.

As of late January, the coalition had raised about $142,000 and distributed $121,000 toward the $277,000 in aid requests it received, says Lizzie Avila, a sophomore organizer. Eighty-five percent of requests came from FLI students, while nearly 60 percent were from students of color. Demand isn’t going away, Avila says, but it has been moving in the right direction. “January does not look as hectic as September,” she says.

Why You Can’t Just Use the Endowment for That

It Takes a Village