Matson will step down at year-end. 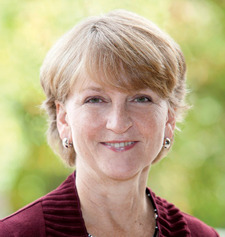 Pamela Matson will step down as dean of the School of Earth, Energy & Environmental Sciences on December 31. Provost Persis Drell said she expected to announce search plans for Matson’s successor in the early spring.

Matson, a MacArthur fellow and a member of the National Academy of Sciences, is credited with fostering a broader scope of research and teaching, along with a faculty expansion from 44 professors in 2002 to the current 65. During her 15-year tenure, the school’s hires included geomicrobiologists, soil scientists, resource economists and oceanographers, while support continued for geologists, geophysicists, geochemists, paleontologists and energy engineers.

“She leaves the school strongly positioned as a key platform for educating the next generation of students to be stewards of Earth’s resources and environment in the 21st century,” said university president Marc Tessier-Lavigne.