Does the Internet Lead to Isolation? 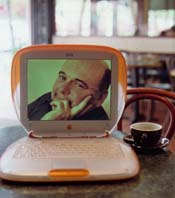 Promoters of the internet like to talk about a wired utopia where people connect with like-minded souls around the world, unconstrained by geography. But Norman Nie, director of the Stanford Institute for the Quantitative Study of Society, is skeptical.

Although the Internet is still in its infancy, Nie, PhD '71, and his colleagues fret that e-mail and the World Wide Web might have enormous negative consequences on the quality of life in America. "The Internet could be the ultimate isolating technology that further reduces our participation in communities -- even more than did automobiles and television," says Nie, whose concerns are detailed in a report released in February. "This is an early trend that, as a society, we really need to monitor carefully."

Nie's team is the first to assess the social consequences of Internet use by studying a large, representative sample of Americans. The researchers worked with Menlo Park-based InterSurvey to question 4,113 adults in 2,689 households across the country. Nie worked closely with Lutz Erbring, a professor of mass communications at the Free University of Berlin, who is spending a sabbatical at the institute.

Their findings suggest a worrisome effect of the online experience: "The more hours people use the Internet, the less time they spend in contact with real human beings," Nie says. Up to a quarter of the respondents who use the Internet more than five hours a week believe it has reduced their contact with friends and family. And 16 percent of employed Internet users said they were working more hours at home since going online -- without cutting back at the office.

The effect was most pronounced among heavy users. About two-thirds of those surveyed said they spend fewer than five hours a week on the Internet, and most of those moderate users reported no major changes in their day-to-day behavior, the researchers say. But the 36 percent who use the Internet five or more hours a week reported spending less time with others. The largest changes were reported by the 15 percent of Internet users who spend more than 10 hours a week online.

After the researchers released their findings, some commentators shot back with anecdotal evidence that the Internet -- especially e-mail -- can actually increase contact with other people. Nie concedes that web surfers may have increased their e-mail "conversations" with family and friends. "But you can't share a coffee or a beer with somebody on e-mail or give them a hug," he says.

Not all of the news is bad. Heavy Internet users spend fewer hours in traffic, fewer hours in shopping malls, and less time watching television, according to the survey.

But Nie, who has also studied Americans' declining involvement in politics and community organizations, worries about the potential ethical, psychological and emotional effects of "more people being home, alone and anonymous."

"When we lived in small communities, the old story was that you said to yourself, 'I'll see this guy and his wife at church on Sunday, so I better be honest with him today,'" Nie explains. "Then we moved to the big, anonymous cities, and it became 'Hell, I'll hardly ever see this guy.' Now, it's becoming 'Hell, I won't ever even know this guy's name.'"

Walking on the Glass Ceiling

In Reno, a Piece of the Action