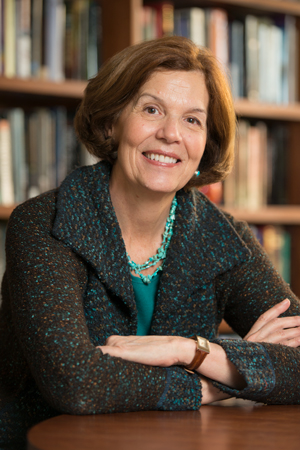 Policymakers trusted Joan Petersilia’s insights in wrestling with criminal justice system reforms in part because her groundbreaking research began with evidence from the prisoners themselves.

Joan Petersilia, the Adelbert H. Sweet Professor of Law Emerita at Stanford, died September 23 from ovarian cancer. She was 68. Her 40-year career was devoted to making connections between empirical, data-driven findings and the real-world needs  of politicians, legal authorities and penal-system experts.

“I have always considered myself an  applied criminologist, and I believe that  research is valuable only if it ultimately affects policy and practice,” Petersilia wrote in 2007 when she accepted the Academy of Experimental Criminology’s Joan McCord Award.

Petersilia, who earned two degrees in sociology and a doctorate in criminology, joined the Stanford Law School faculty in 2009. She became co-director of the Stanford Criminal Justice Center and, in 2014, was awarded the Stockholm Prize in Criminology, her field’s major international honor.

Petersilia advised governors and worked with former inmates like Michael Santos, whom she helped in his rehabilitation efforts after he spent decades behind bars for a nonviolent drug crime. “She was a pioneer in the concept of  re-entry,” he says. In 2012, Santos wrote about his experience serving time and working to turn his life around for The Oxford Handbook of Sentencing and Corrections, which Petersilia co-edited.

Her work had a major impact in the wake of the U.S. Supreme Court’s 2011 decision mandating that California reduce its prison population, when the state shifted inmates to county jails in a move known as realignment. With colleagues, Petersilia produced guidelines to measure the public safety outcomes of the new plan. She also launched a practicum in which students focused on a single California county, Santa Clara, to evaluate realignment’s effects and reported the results to then-Attorney General Kamala Harris.

“Joan was a committed visionary who saw what is possible, even when others couldn’t see it,” Harris told Stanford Lawyer. “She energized and excited so many people around reforming the criminal justice system before it was even popular.”

Stanford public policy scholar and former California assembly member Joe Nation says, “Joan had more of an impact on criminal justice reform in California than any other person I know. She was smart, strategic and not afraid to push reluctant politicians in the direction of better policy.”

Petersilia is survived by her husband, Steve Thomas; sons, Jeff and Kyle; and two sisters.