Chip off the Old Block 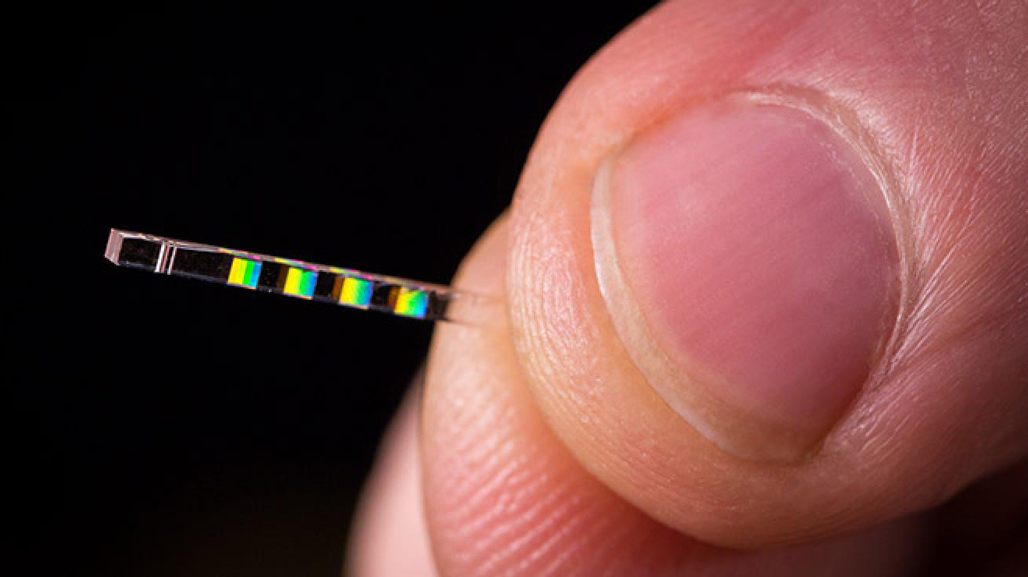 The SLAC National Accelerator Laboratory attracts scientists from around the world for its ability to use X-rays to image materials on an atomic level. Its two-mile-long accelerator is booked months in advance. But what if researchers could scale this technology down to be at—and on—their fingertips?

Through the work of the Accelerator on a Chip International Program, co-led by Stanford faculty, miniature accelerators may soon be a reality. In January, a Stanford team spearheaded by electrical engineering professor Jelena Vuckovic unveiled a prototype: a microscopic channel carved into a silicon chip that would use infrared lasers to speed up electrons.

“It looks kind of like an abstract painting,” Vuckovic says.

Like a Picasso, the prototype is much more significant than its appearance might suggest, as the chips, strung together in the thousands, could theoretically accelerate an electron up to 94 percent of the speed of light. Such high-energy particles could increase the resolution of electron microscopy or irradiate tumors, targeting them with greater precision to spare healthy tissue.

The Career Pivot: It’s Not Just for People