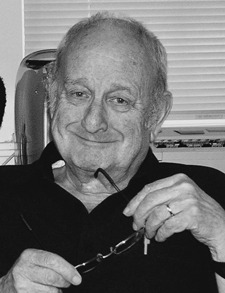 Effortlessly erudite and always open to new influences, Carl Weber was a living link to the theater of Bertolt Brecht, with whom he worked in the 1950s. He introduced the work of Austrian playwright Peter Handke and German dramatist Heiner Müller to American audiences as a director and translator, but his most enduring legacy may have been as a teacher in the drama departments at New York University and Stanford, where he created the dual-track program for directing and critical theory.

Born in Dortmund, Germany, in 1925, Weber joined the Nazi army and voluntarily became a prisoner of war in England. He and his cellmates (including the young Klaus Kinski) performed some of Friedrich Schiller’s plays, and he discovered an interest in acting. Returning to university in Heidelberg after the war, he launched a career in the theater. His life changed when, at 24, he saw a performance by Brecht’s Berliner Ensemble. “It was the first time I had ever seen people on the stage behave like real human beings: There was not a trace of ‘acting,’” he recalled.

He worked with Brecht as an actor, a directing assistant and a dramaturge, and continued as a director with the company after Brecht’s death in 1956. In 1961, he was directing Brecht’s play Trumpets and Drums in Lübeck, when the Berlin Wall was erected. From then on, cut off from his family in East Germany, he directed plays in West Germany, Scandinavia and India, before settling in the United States.

Weber was equally at home with the classics and the avant-garde. From Brecht, he passed on a sense of the primacy of the visual, theater not “written for the page, but for the stage,” as Weber once put it. The blocking and the interactions between the characters should convey the story, as if the audience were watching from behind a glass wall. He had his students scrutinize what they were seeing on stage and believed in paring down the narrative and the emotion to its purest form.

His former student Florentina Mocanu-Schendel, PhD ’12, recalls his unflagging engagement with his profession. “It was not about a recipe,” she recalls, “but coming from a place where your mind and heart were connected.”

Weber is survived by his partner, Inge Heym; daughter, Sabine Gewinner-Feucht; son, Stefan Heym; and three grandchildren. He was predeceased by his third wife, the actress Marianne Rossi.

The Field of Bioengineering Has a Flaw. Here's What One Professor Is Doing About It.

An Advocate for Women Leaders