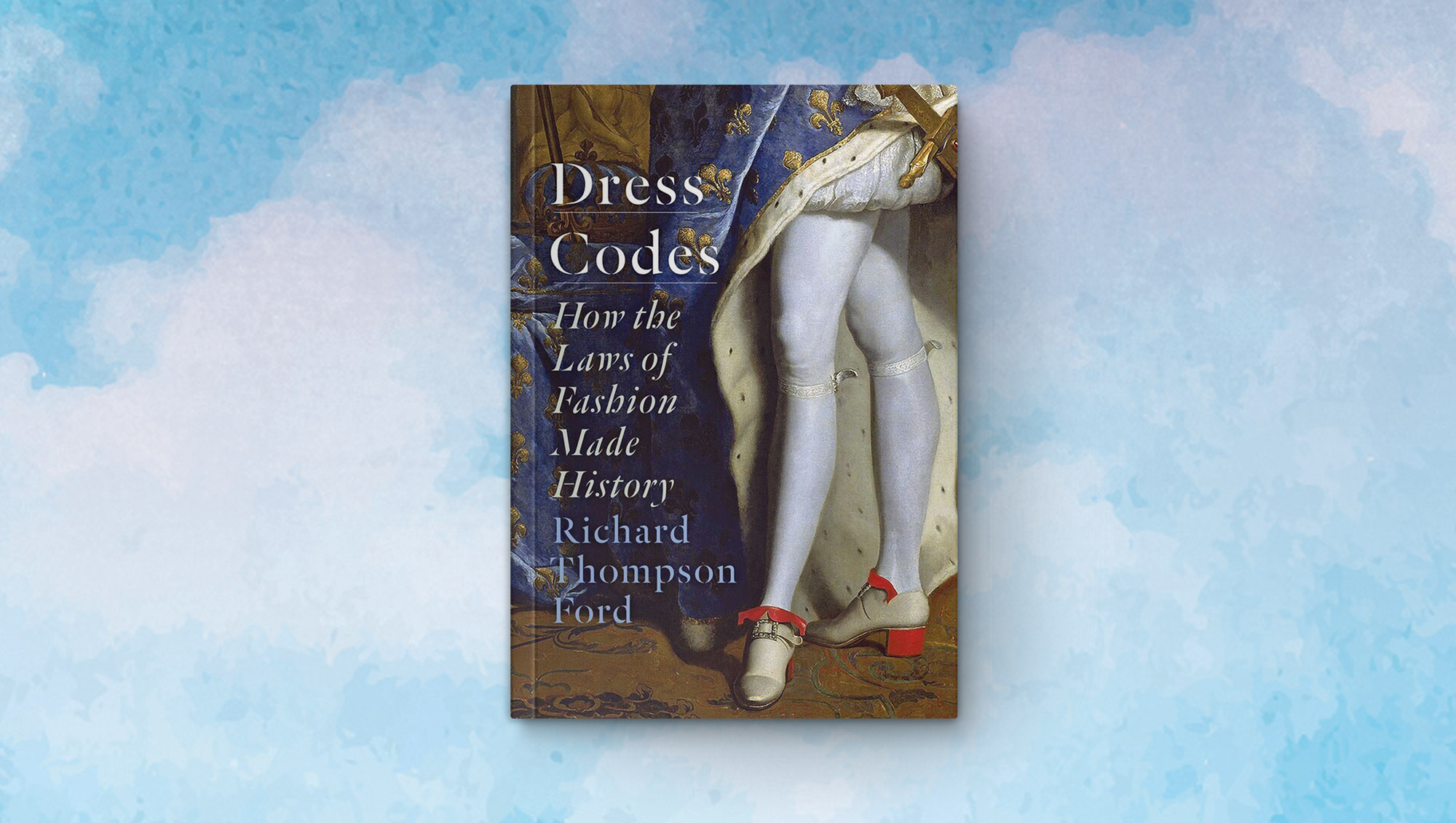 “Apparel oft proclaims the man,” Shakespeare declared. Clothing is a form of communication, conveying “respect or disdain, purpose or aimlessness, seriousness or frivolity,” writes Stanford law professor Richard Thompson Ford, ’88, in Dress Codes: How the Laws of Fashion Made History (Simon & Schuster). But if clothing is communication, are dress codes censorship?

Throughout history, sumptuary laws—laws regulating consumption, often but not always of clothing—have restricted certain colors, fabrics and garments, usually to preserve a social hierarchy. The Spartans were, predictably, one of the first societies to place legal limits on opulent attire; medieval sumptuary laws reinforced biblical dictates about vanity, greed and modesty. As social mobility and industrialization transformed Western culture, dress codes protected elites from competition with the emerging merchant and middle classes.

Today, dress codes turn up in surprising places: not just schools and offices, but also Disneyland and Starbucks, the latter of which has a strict dress code for its baristas. Controversies over hemlines, hijabs and hoodies continue to make headlines. Even the most antiauthoritarian subcultures have unwritten dress codes “as powerful as rules inscribed in law,” Ford notes. And trademarks increasingly do the work of sumptuary laws, creating artificial scarcity.

Such laws were hard to enforce and often flouted: After all, if a nobleman was to be distinguished by his attire, how else could one tell whether a person dressed in red silk and ermine was entitled to wear it?

Ford dissects dress codes with the eloquence and argumentative precision you’d expect of a law professor, deftly drawing ideological lines from the sprezzatura (studied nonchalance) Castiglione recommended in The Book of the Courtier to The Official Preppy Handbook, from the Zoot Suit Riots to the sagging pants of urban Black teens, and from Louis XIV’s red heels to Christian Louboutin’s red soles. But he underestimates the extent to which sumptuary laws were often ignored or selectively enforced, and rooted in economic rather than moral concerns. The platform shoes of Renaissance Venice were controversial because they necessitated longer, more expensive gowns, for example, and the growing variety of dress over time was a function of cheaper, mass-produced clothes as well as the rise of liberal individualism.

Ford concludes, persuasively, that true freedom of dress does not (yet) exist; until it does, dress codes can be helpful as well as harmful. Thought-provoking and sweeping in scale, Dress Codes captures how what we wear proclaims “our deepest commitments, aspirations, and sense of self,” whether we realize it or not. Don’t get dressed until you read it.

Kimberly Chrisman-Campbell, ’94, is a fashion historian whose expertise lies at the intersection of art, fashion and culture. She has been published in the Atlantic, the Wall Street Journal and Politico, among others, and is a 2020–21 National Endowment for the Humanities Public Scholar.

A Tale of Two Covers