Book Review: Against the Clock 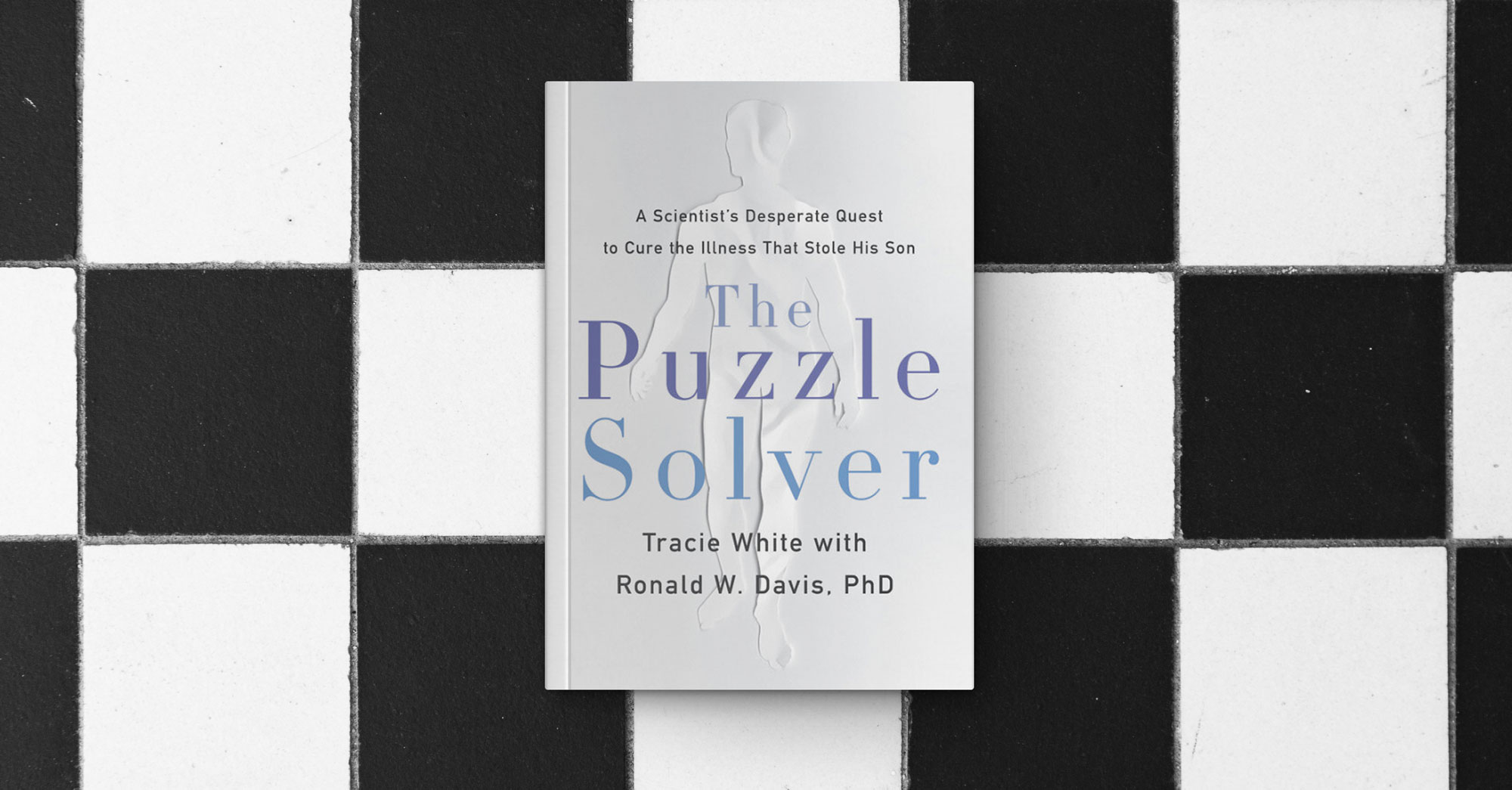 Finding answers to problems that seem unsolvable is what Ron Davis does. The geneticist’s research led to the creation of techniques for identifying and isolating disease genes and helped crack the code of DNA, including mapping the entire human genome. But the problem that Davis, director of the Stanford Genome Technology Center and a professor of biochemistry and of genetics, has been working to solve for the past decade is the most difficult and most important of his life.

In 2009, Davis’s son, Whitney Dafoe, was struck by a debilitating illness doctors couldn’t diagnose. Four years later, his condition had deteriorated to the point that he lay incapacitated in a darkened back bedroom of his parents’ Palo Alto house, unable to eat or communicate. He couldn’t tolerate even the slightest stimulus—footsteps, colors and patterns, and odors of any kind were unbearable. Science didn’t recognize, much less understand, whatever had made him so sick.

Tracie White, a writer at the School of Medicine, spent years getting to know the Davis-Dafoe family. The Puzzle Solver: A Scientist’s Desperate Quest to Cure the Illness That Stole His Son (Hachette Books), which White wrote with Davis, is the story of a young man’s battle with chronic fatigue syndrome, also known as myalgic encephalomyelitis (ME/CFS). It’s a chronicle of the evolution of our understanding of ME/CFS. And it’s a portrait of Davis as father and scientist as he divides his time between caring for his son and doing the research he hopes will save Whitney’s life.

Through her interviews with other ME/CFS patients, White weaves in their stories: how they live with the syndrome’s incapacitating symptoms and receive doctors’ dismissal and ridicule instead of help. She shares the Davis-Dafoe family’s elation when Davis finds evidence that CFS is a biological disease by sequencing Whitney’s genome and constructing a metabolic pathway chart that documents every aspect of his biochemistry. And she conveys their hope as Davis galvanizes funding for further research; recruits scientists from across medical specialties; and embarks on a study of the most severely ill ME/CFS patients—those who are homebound and therefore harder to reach, who Davis believes are likely to show the strongest molecular signals of the disease.

White gets to know Whitney not as an unresponsive patient forced by ME/CFS to block out the world, but as a sweet, funny, spiritual young man with not only a vibrant past, but also—pending his father’s next breakthrough—a future.

‘When You Don’t Know, You Feel Alone in the World’

The odyssey of the undiagnosed.