A hiking duo takes on another transcontinental challenge this time, with a greater purpose. 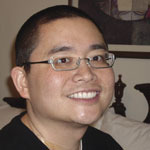 It was one of those quintessential frosh-roommate matches: Joe Lin (left), a neat and quiet premed from Pennsylvania, and Jim Schoettler, a messy, “loud and obnoxious” Ultimate Frisbee player from Colorado. And it worked out perfectly.

“We had an easy, close friendship,” says Schoettler, ’96, MS ’97. “I probably talked with Joe more about personal stuff than with anybody else.” The pair roomed together twice more, choosing a large double in Yost over two singles.

So when Lin, ’96—married just over a year, and entering the homestretch of his medical residency—called Schoettler in June 2006 to say he’d been diagnosed with a precursor to leukemia, Schoettler wanted to do something. And one of the things Schoettler does best is hike.

Ten years ago, Schoettler and Jesse Roach, ’94, MS ’97, completed the 2,627-mile Pacific Crest Trail (“Into the Wilderness,” July/August 1998). Another of the three U.S. cross-country routes, the 3,000-mile Continental Divide Trail, had been beckoning for a while. Last summer, between Roach’s PhD and wedding, and while Schoettler was relocating to Colorado, seemed like an ideal time.

The pair dubbed the hike MarrowTrek, and sought donations for the Dana-Farber Cancer Institute and the Cammy Lee Leukemia Foundation. The latter works to increase the number of Asian-Americans on the national marrow donor registry; finding an ideal match can be significantly harder for Asian-Americans than for the population in general, whose odds are 1 in 20,000.

Lin had a transplant from a near-perfect match in January, and seemed headed for recovery. But shortly after his friends set off through New Mexico on April 20, he relapsed. Whenever the hikers found a town, they’d call and talk to him for 10 to 15 minutes.

“When you’re going through something like this, a lot of people say, ‘How can I help?’” says Lin’s wife, Karen. “Joe had these friends who were willing to go out and actually do something.” Ultimately, MarrowTrek raised $35,580, or $11.83 per mile.

The hikers crossed the border into Canada on August 13. In September, Schoettler attended both Roach’s wedding and the memorial service for Lin, who died September 7.