When the American Association of Universities released the results of its 2019 Campus Climate Survey on Sexual Assault and Misconduct on October 15, reactions ranged from appalled to unsurprised—sometimes in the same person. Stanford was among 33 universities whose students took the survey, which assessed the prevalence of sexual assault and sexual harassment. The upshot: While individual measures for Stanford were sometimes higher or lower than the AAU average, the report as a whole makes it clear that sexual violence and harassment are epidemic at universities across the nation. Moreover, certain students—women and those who are LGBTQ, multiracial or disabled—are disproportionately likely to experience nonconsensual sexual contact at Stanford.

Officials say the survey is an important step in deepening Stanford’s commitment to measuring, educating about, and eradicating sexual assault and harassment. “I think the initial findings are a call to reexamine where we are and how far we need to go,” says Lauren Schoenthaler, senior associate vice provost for institutional equity and access.

‘Despite many efforts at Stanford over the years, it is evident that much more needs to be done.’

Students asked to participate in the AAU survey after, in 2015, Stanford used an alternative survey that was conducted at fewer schools. This year, students responded in droves: 62 percent of them took the survey, nearly triple the AAU average and a proportion that provides a high level of confidence in the results.

According to the report:

When the results were released, provost Persis Drell wrote a letter to the campus community. “Incidents of sexual violence and harassment have considerable and long-lasting effects on individuals who have experienced them,” she said. “One incident is too many.” Drell went on to acknowledge that this is a public health problem that requires solutions from many angles. “Despite many efforts at Stanford over the years,” she said, “it is evident that much more needs to be done.”

Schoenthaler concurs: “There’s no magic answer. It’s having research teams study this. It’s reviewing how we respond; it’s asking our residential education team to work with students around scenario-based activities; it’s giving our students more tools to stand up and interrupt concerning behavior. It’s all of those things,” she says.

“I’m hoping Stanford moves away from ‘I’m so surprised’ to making concrete changes,” says Meghan Warner, a graduate student in sociology who served on a university committee that made survey recommendations to the AAU. “There are clearly flaws in Stanford’s institutional responses, and I hope they realize the survey shows that and that they make changes at the university level.”

Stanford plans to commission an external review by national experts of its current prevention and education programs to see how they can be strengthened. A transgender support website will be launched this winter. Stanford Medicine’s Gender-Based Violence Prevention Collaboration will study the efficacy of the university’s prevention programs and examine how Stanford approaches interventions—education directed at individual students who have come close to violating a policy—to ensure the most positive outcome. And Schoenthaler says it will be key to share best practices among universities. “Some of us are probably doing things well in one area and not in other areas. We need to actually lean into each other and collaboratively work together.”

Student input will be crucial. “The students themselves are saying, ‘Hey, we want this [topic] to be more present in our dialogue with the university,’ ” says Schoenthaler. “And that’s great.”

Change, however, will require sustained effort. Drell closed her letter to the community by committing the university to drive that effort, but added that “real and lasting solutions will not come about unless we have the commitment of every single member of our community to participate in the culture change that is needed to end sexual violence on our campus and on college campuses nationwide.” 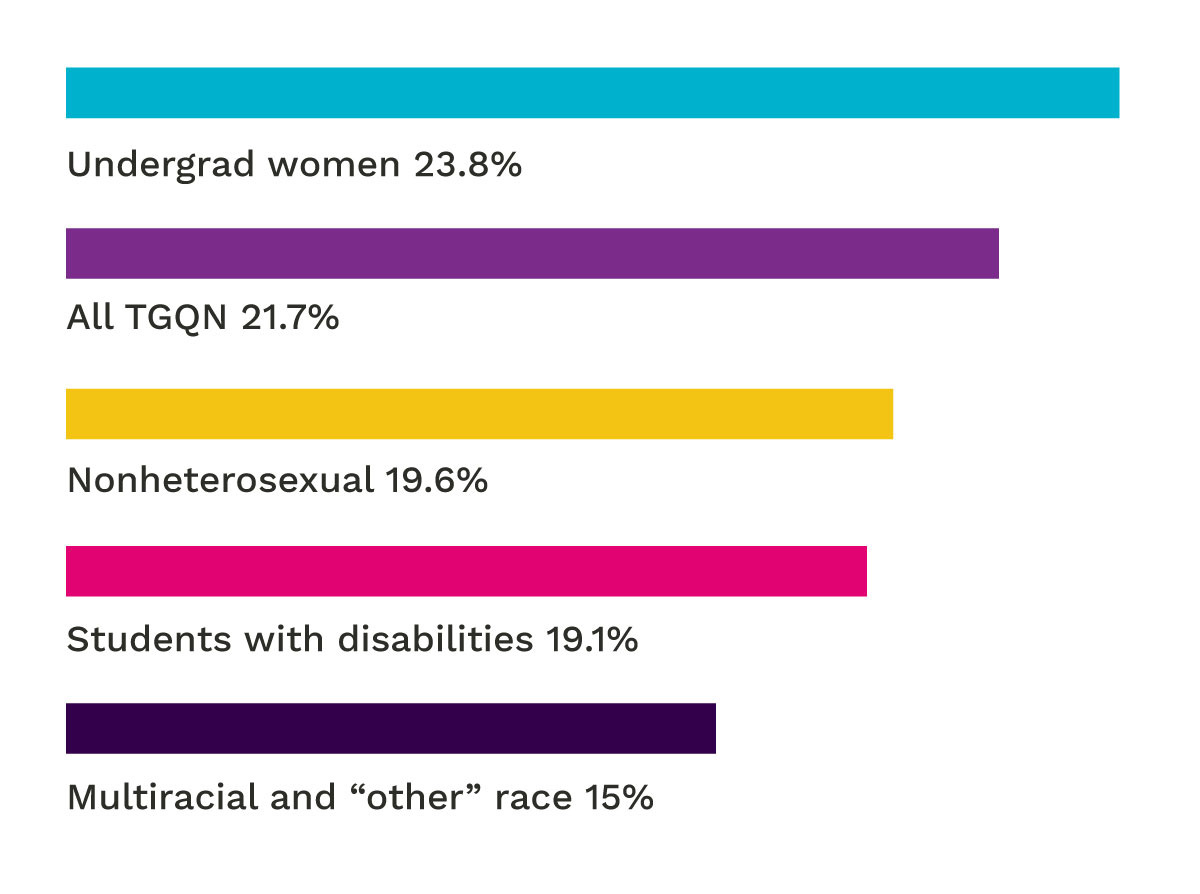 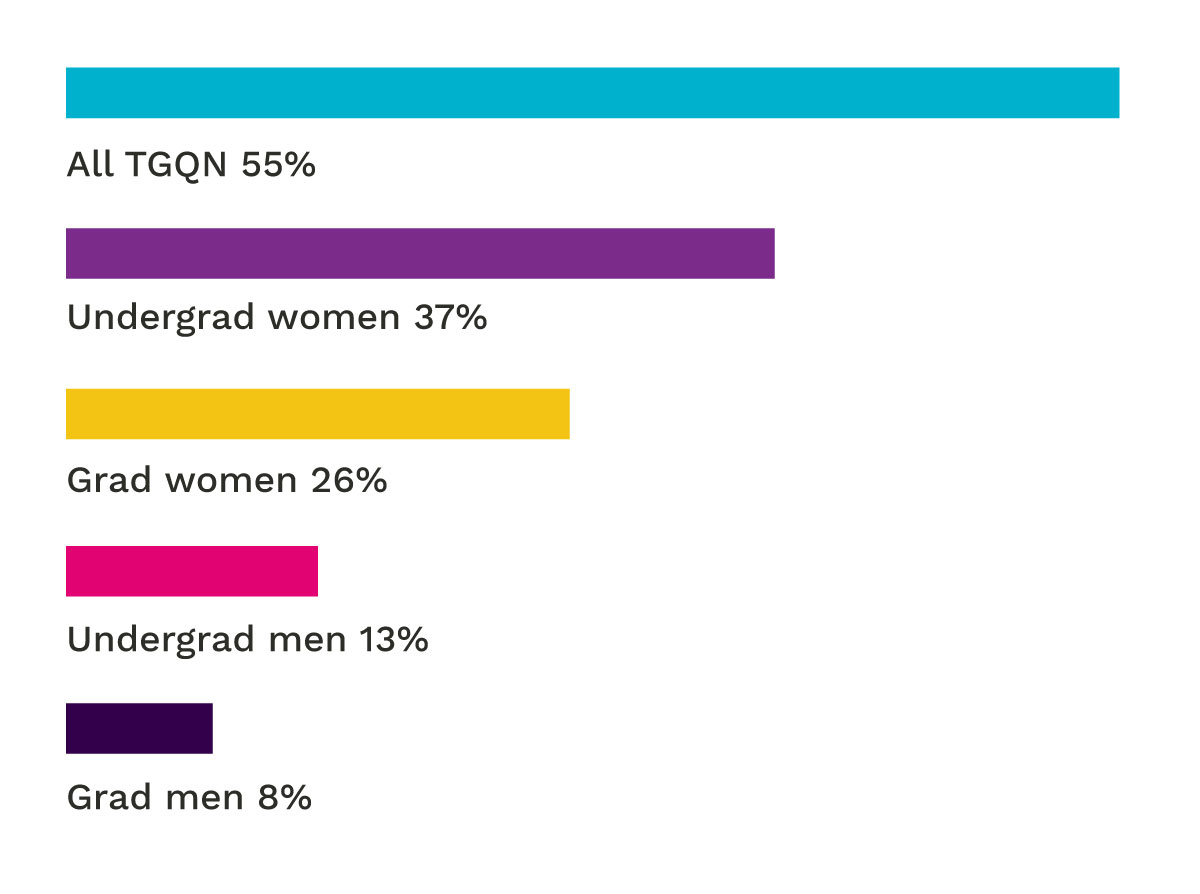 Summer Moore Batte, ’99, is the editor of stanfordmag.org. Email her at summerm@stanford.edu.

Can They Ever Catch Up?

The Great Recession set millennials back. A decade later, they haven’t recovered. Here’s what’s going on.

Even when they outnumber men.