Even when they outnumber men. 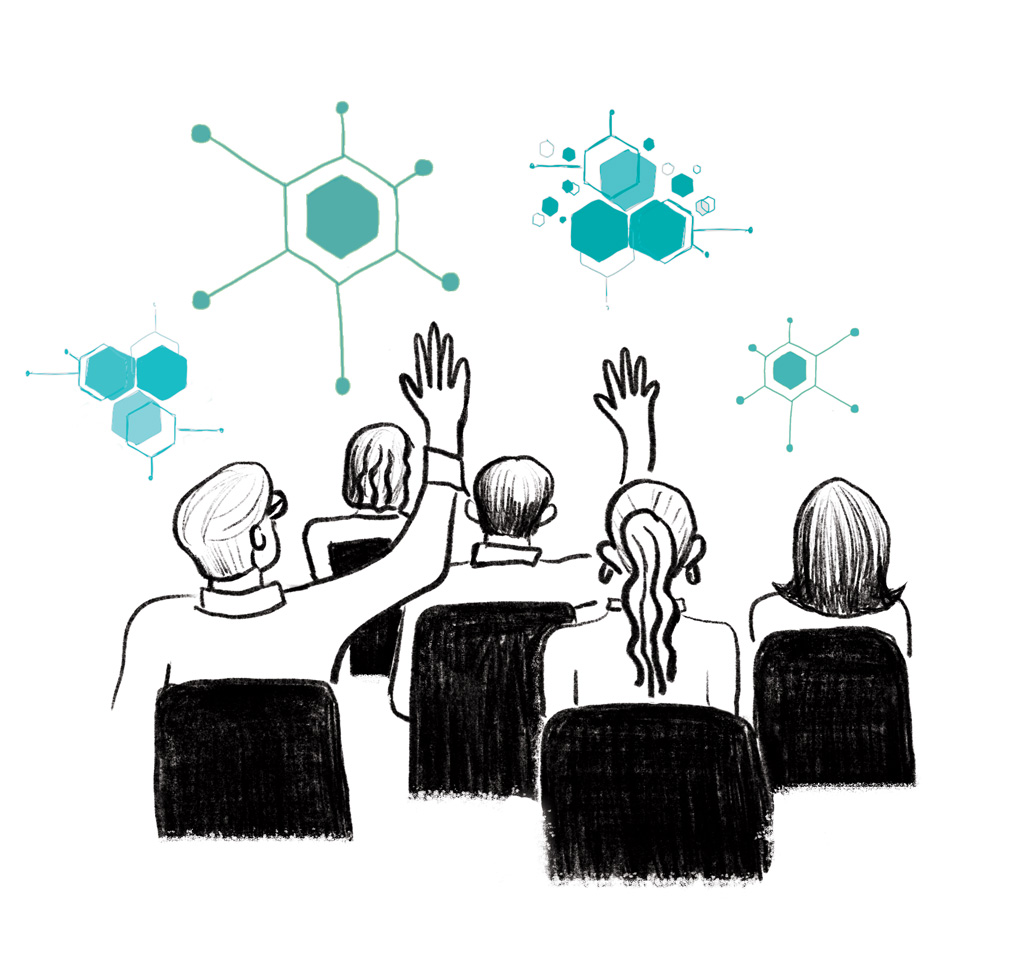 As an undergrad at UC Davis, at the end of the first day of her first research conference, Natalie Telis realized she had been the only woman there who had asked a question. The math student started tracking it numerically and concluded that women were not asking their proportionate share.

As Stanford graduate students, Telis and Emily Glassberg, both PhD ’18, tallied four years’ worth of questions at genetics conferences. Among their findings, published in June in American Journal of Human Genetics: Even when two-thirds of the scientists in a field are women, they pose only 45 percent of the questions.

When Telis tweeted from one meeting that women constituted 35 percent of the attendees but had asked only 11 percent of the questions, the number of queries from women increased.

“People have been saying, ‘Once the room is representative, [we’ll have] equal participation and equal opportunity and equal advancement,’” Telis says. She thinks scientists should use their methods to test those assumptions. “I hope this is only the first of many experiments in its style.”