And Away They Go

The work of the 2017 Commencement speakers was to inspire the latest class of graduates to make itself useful. Marian Wright Edelman, founder and president of the Children’s Defense Fund and a noted activist and lawyer, implored attendees during her Baccalaureate address to ask not “How much can I get?” but “How much can I do without and share?”

Calling on the wisdom of the Rev. Dr. Samuel DeWitt Proctor, Robert F. Kennedy, Harriet Tubman and Sojourner Truth, Edelman spoke of the importance of watching out for the disadvantaged and striving strategically toward justice: “The greatest threat to America’s national and economic security does not come from any enemy without but from our failure to invest in and educate all of our children.”

Commencement speaker Mariano-Florentino Cuéllar, MA ’96, PhD ’01, an associate justice of the California Supreme Court, reminded graduates of the context in which they live. During the 1930s and 1940s — when FDR was president — nearly 40 percent of children globally died before age 5. Now only 4 percent do. When Cuéllar’s grandfather taught himself to read in rural Mexico a century ago, the global literacy rate was 12 percent, Cuéllar said. Today it’s 85 percent. “You are the heirs to this gift of progress, across time and for some of us across borders,” said Cuéllar, who grew up in Matamoros, Mexico, and became a naturalized U.S. citizen. He encouraged the graduates to bridge divides across people and ideas and to value public service.

Stanford President Marc Tessier-Lavigne told a story about an anniversary: NASA’s successful launch of the STS-7 space shuttle mission on June 18, 1983, when Sally Ride, ’73, MS ’75, PhD ’78, became the first American female astronaut to fly in space and to orbit the Earth. Following an analogy about preparation, launch, orbit and landing, Tessier-Lavigne ended with an invitation: “[H]owever near or far the winds of freedom carry you, remember — Palm Drive will be here and always clear for your landing.” 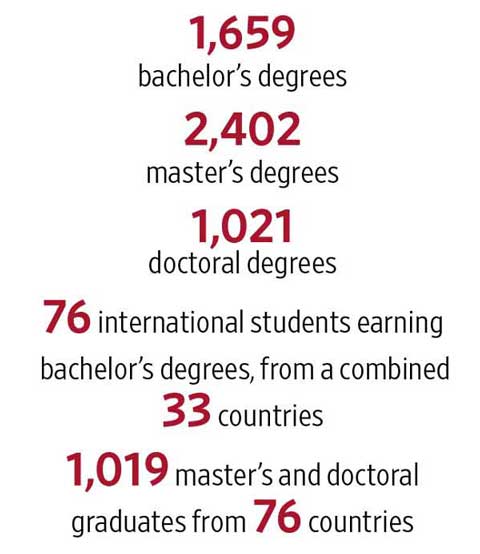 Four years have flown by
I will miss this place dearly
Let’s see what comes next.
—Teo Camacho, ’17, MS ’17, senior class co-president 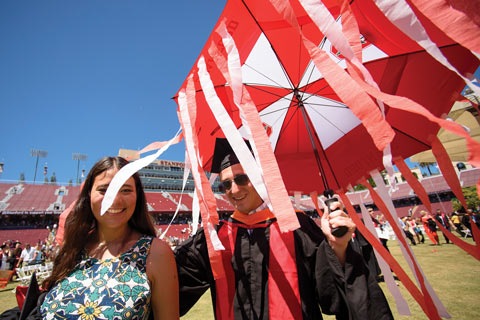 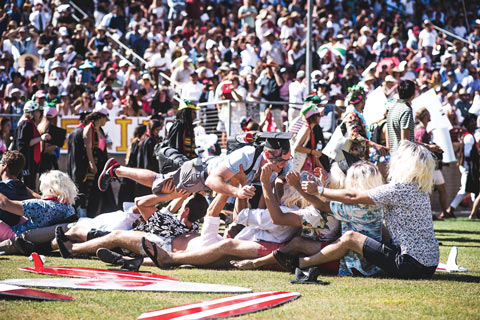 Leaving a known place.
Off into the world we go,
To discover more
—Kimberly Chang-Haines, ’17, MS ’17 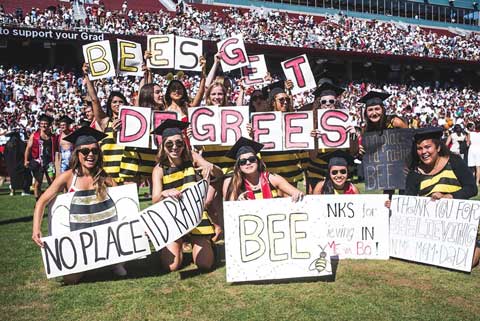 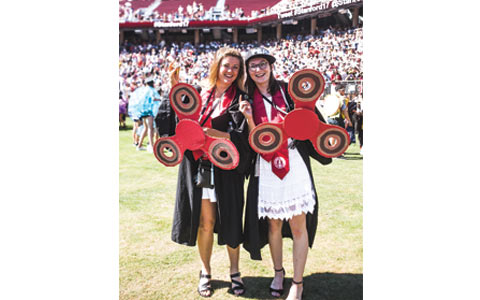 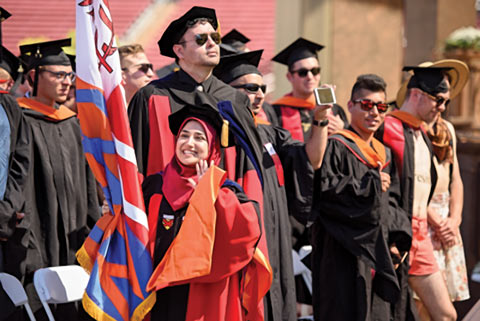 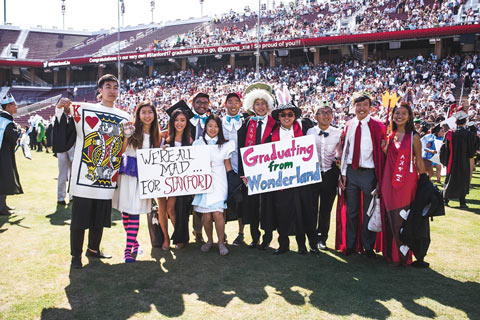 If You Love What Computers Can Do, Thank These Folks

The A.M. Turing Award has 22 laureates from the Farm.