Anatomy of a New Hospital

Seismically sound and state of the art. 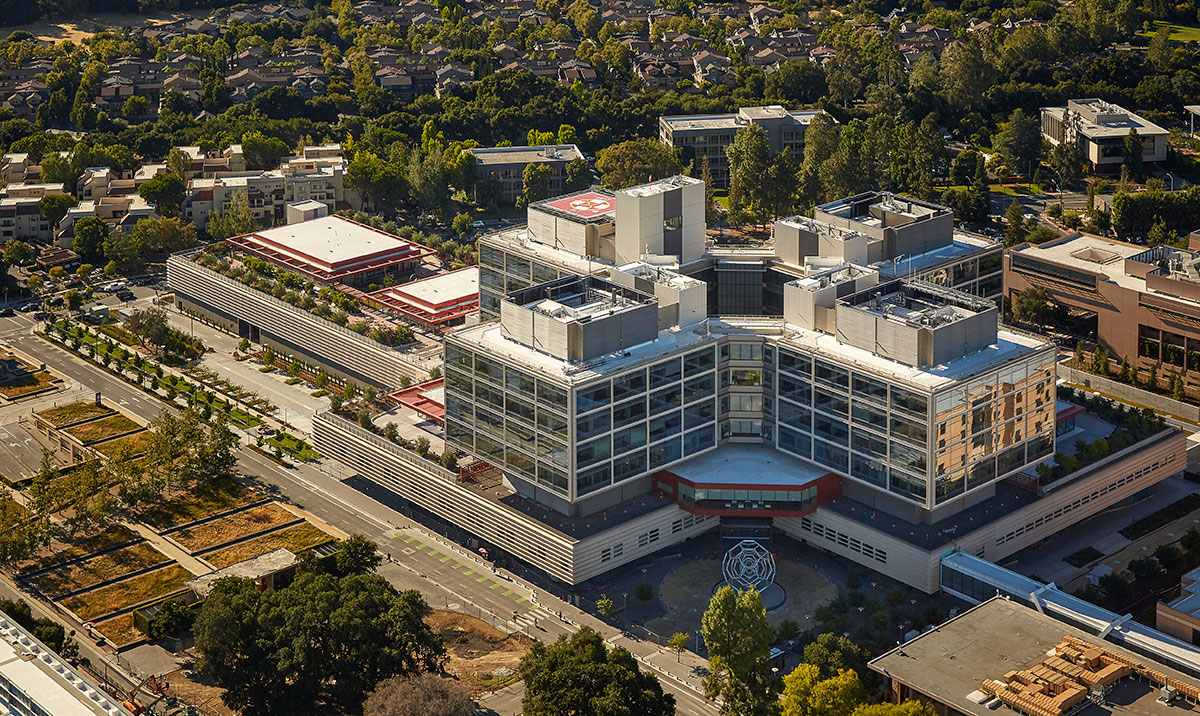 It was an opportunity to make some lemonade. Yes, certain things had become de rigueur in modern hospitals—like private patient rooms with sleeping space for family members—but hospital administrators asked themselves what else they could do. The answers ranged from creating flexible surgical suites that can adapt to future medical innovations to putting research into practice on how nature and art can enhance healing. After six years of construction, the new 824,000-square-foot building opened in November. Here are seven of its features that stand out. 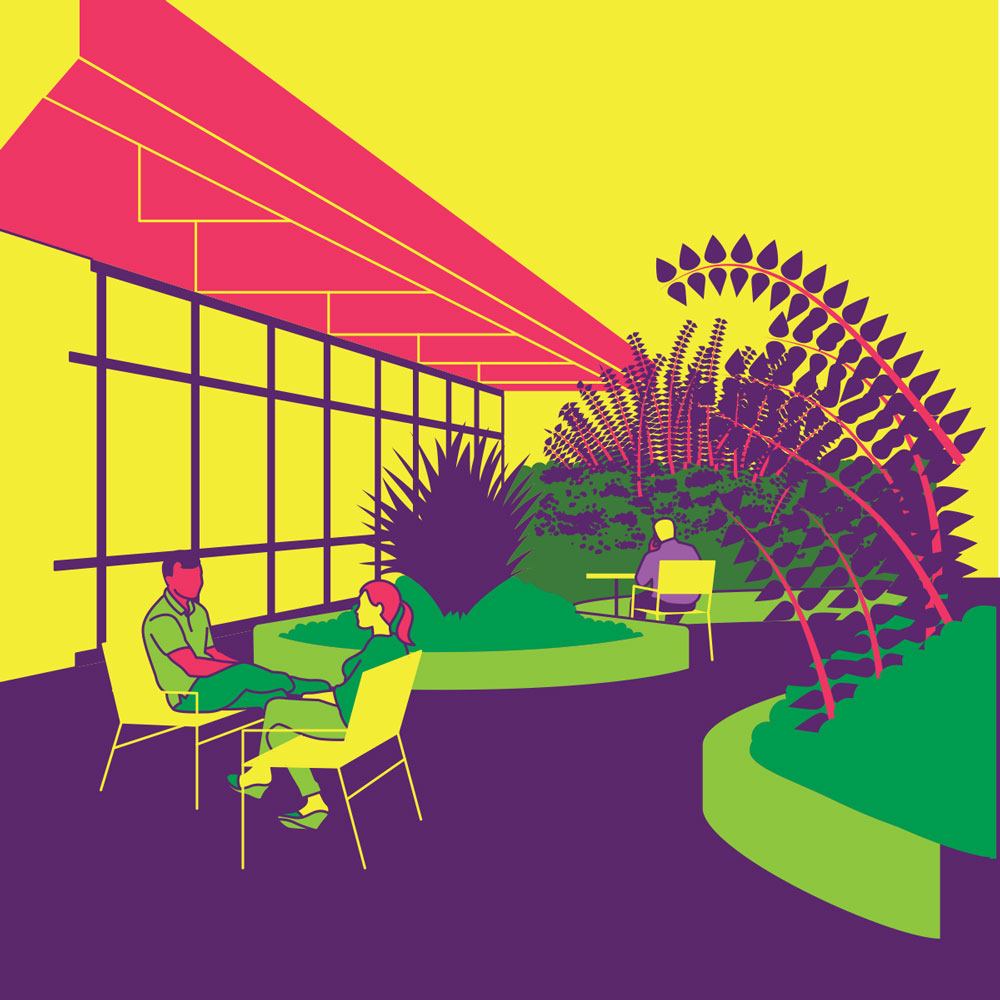 Each patient room in the cantilevered pods that comprise the fourth through seventh floors has a large window that allows in views from the Foothills to the Bay—and plenty of natural light, which can help regulate circadian rhythms, reduce pain and decrease the length of hospital stays. Five gardens include walking paths, an orchard, medicinal plants (for ornamental purposes only) and a dog park.

The hospital’s designers aimed to create a sense of well-being and calm not just for patients but also for those who take care of them. A caregiver center—the first hospital-based one on the West Coast—provides resources and support for families and loved ones. It’s housed on the third floor, which is focused on wellness and includes a health library, meditation room, chapel, hospital staff retreat and piano. 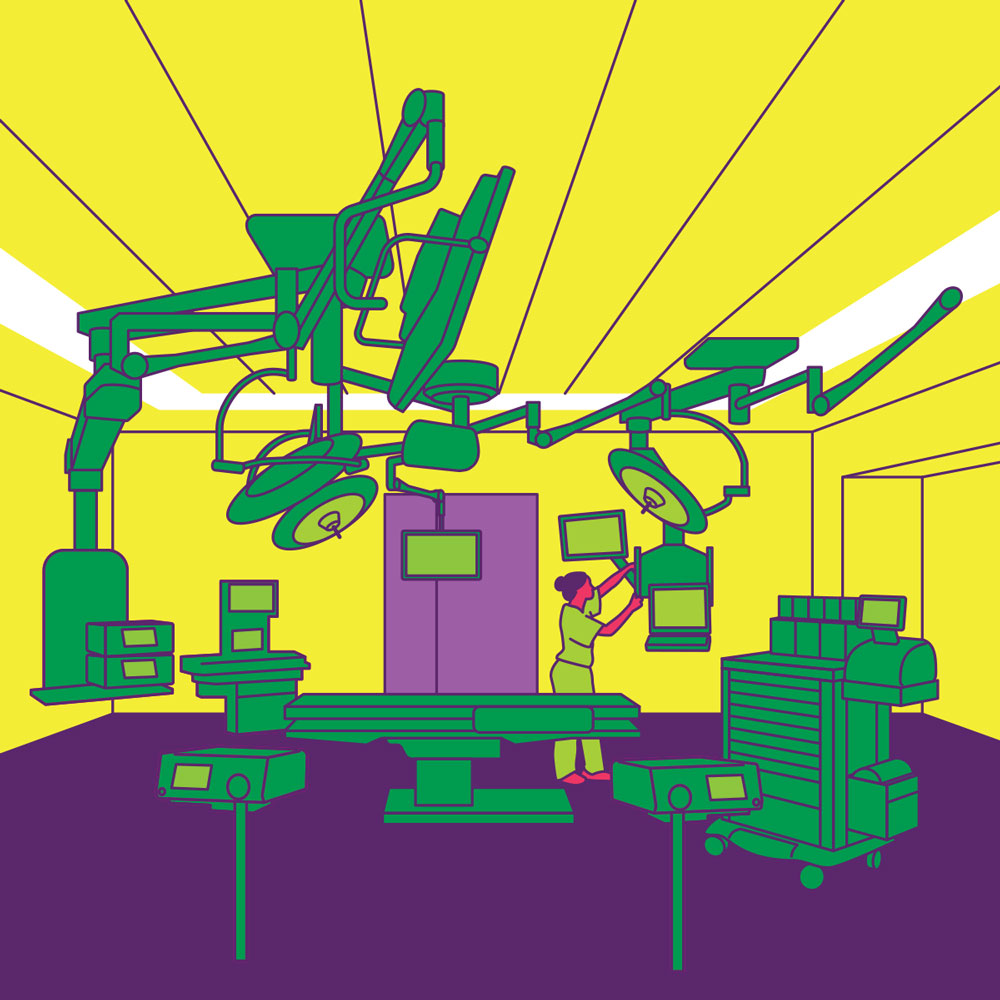 Each of the 20 new operating rooms is approximately 750 square feet, up from 550 in the old hospital. Whenever possible, equipment hangs from the ceiling so it doesn’t block the views of medical trainees. And a nearby MRI machine allows patients to be scanned mid-surgery so that doctors can determine whether additional intervention is necessary before closing up. 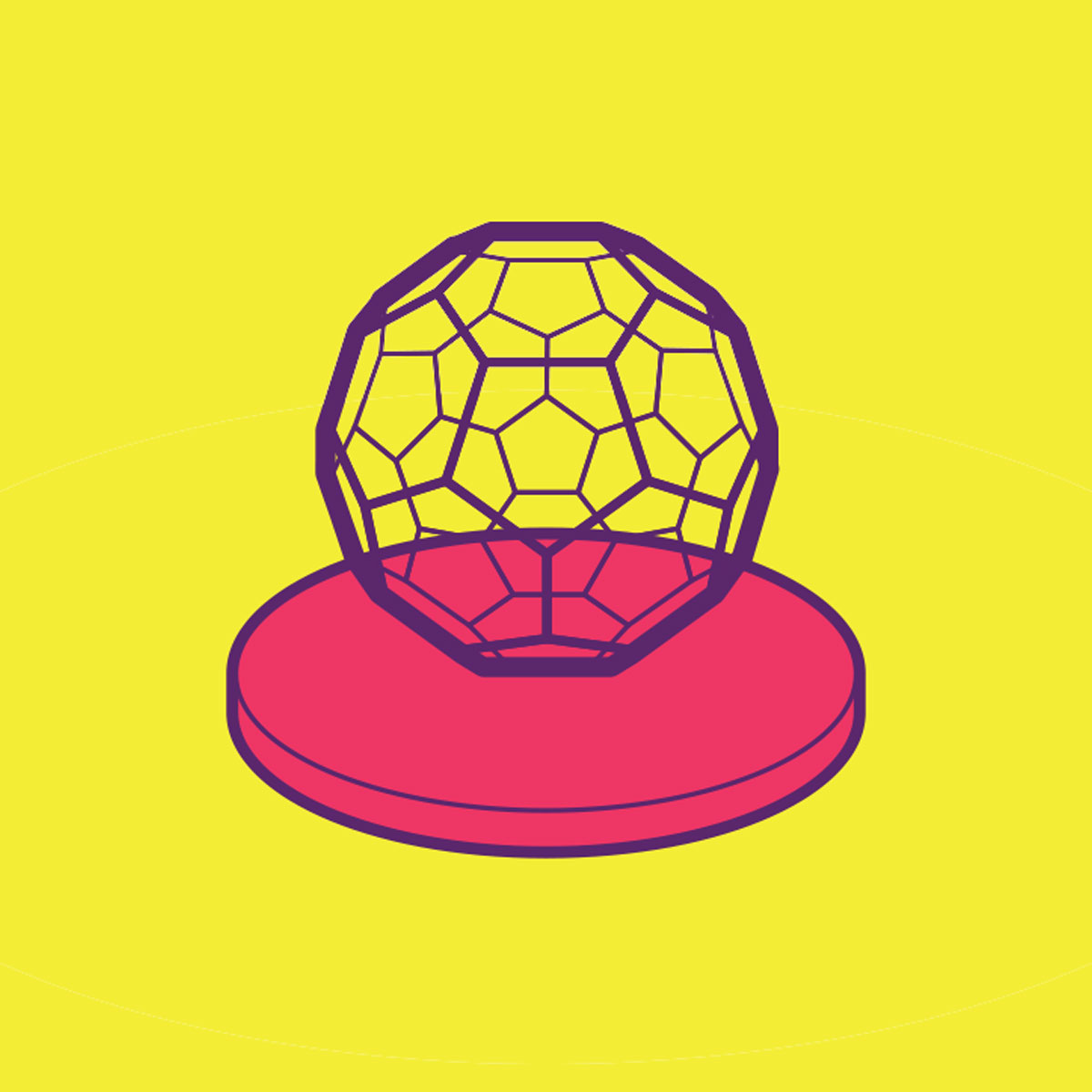 Among the hospital’s 400 works of original art are Buckyball, a trio of nested light-up geodesic domes at the main entrance, and Liquid Light, which evokes a reflecting pool without the pathogen-breeding risks of water. Two undergraduates, Noah DeWald, ’21, and Savannah Mohacsi, ’20, helped paint the colorful Wall Drawing #911 following a set of instructions by the late Sol LeWitt. 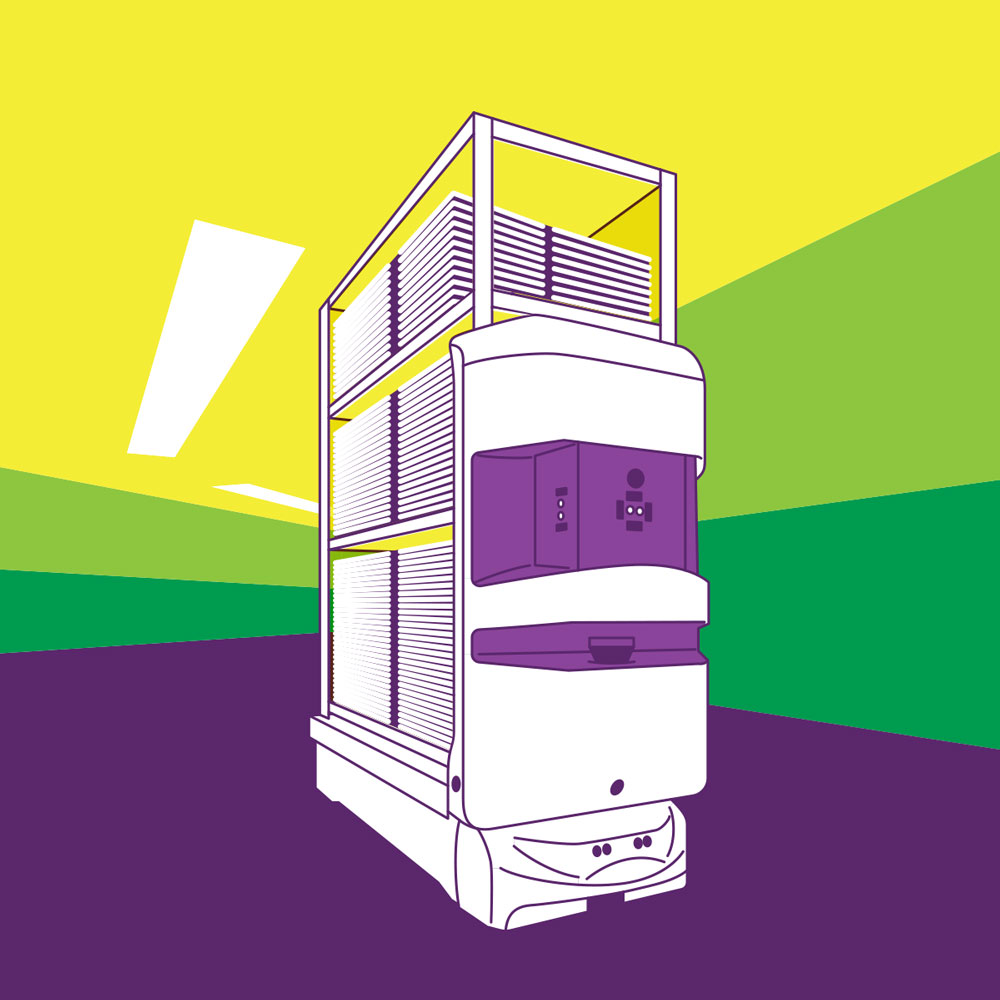 Some things don’t need to be modernized: The pneumatic tubes that whisk blood samples to the lab—stat—have been extended into the new building. Meanwhile, a phalanx of 23 robots ferry linens and supplies through the basement. 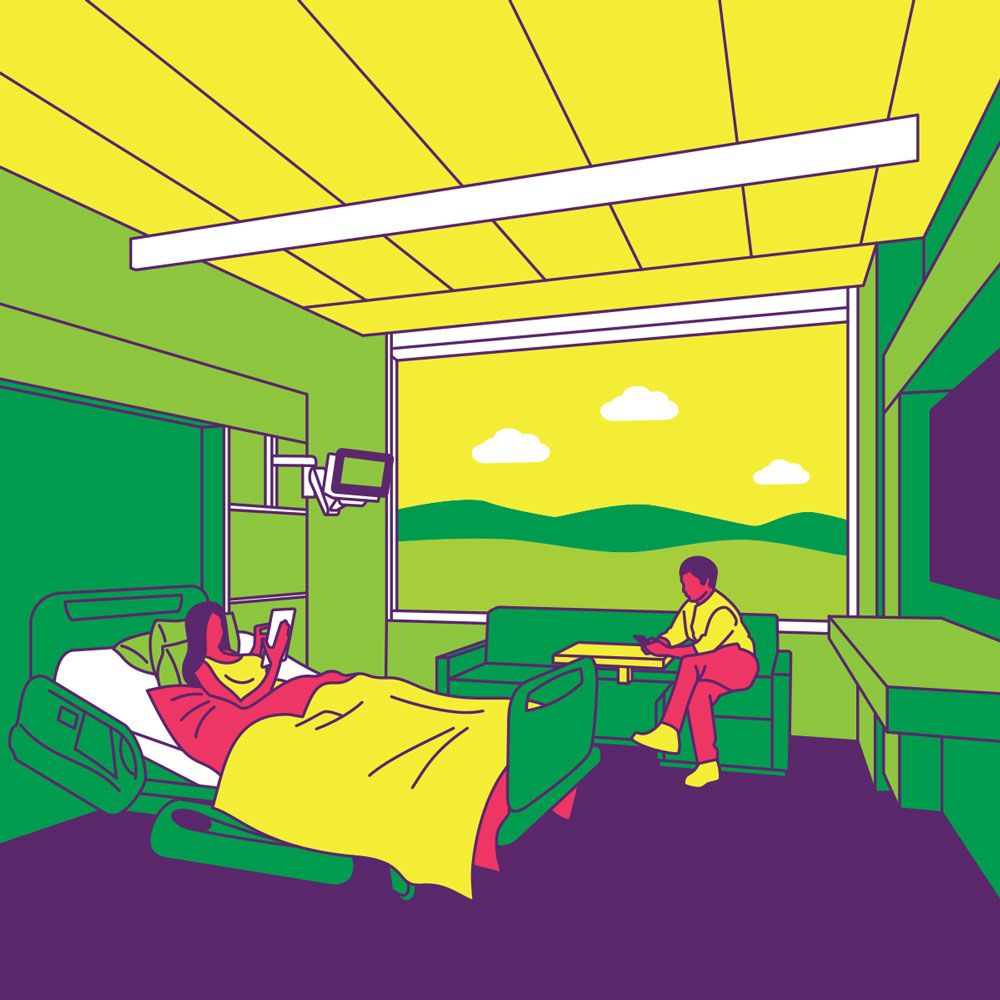 Not only do patients make their food selections on a touch screen, but the software already knows their health needs and serves up the menu accordingly. And whenever a care provider enters, the TV on the wall displays his or her name and role, providing an answer to that age-old hospital-patient question: Who is in my room and why? 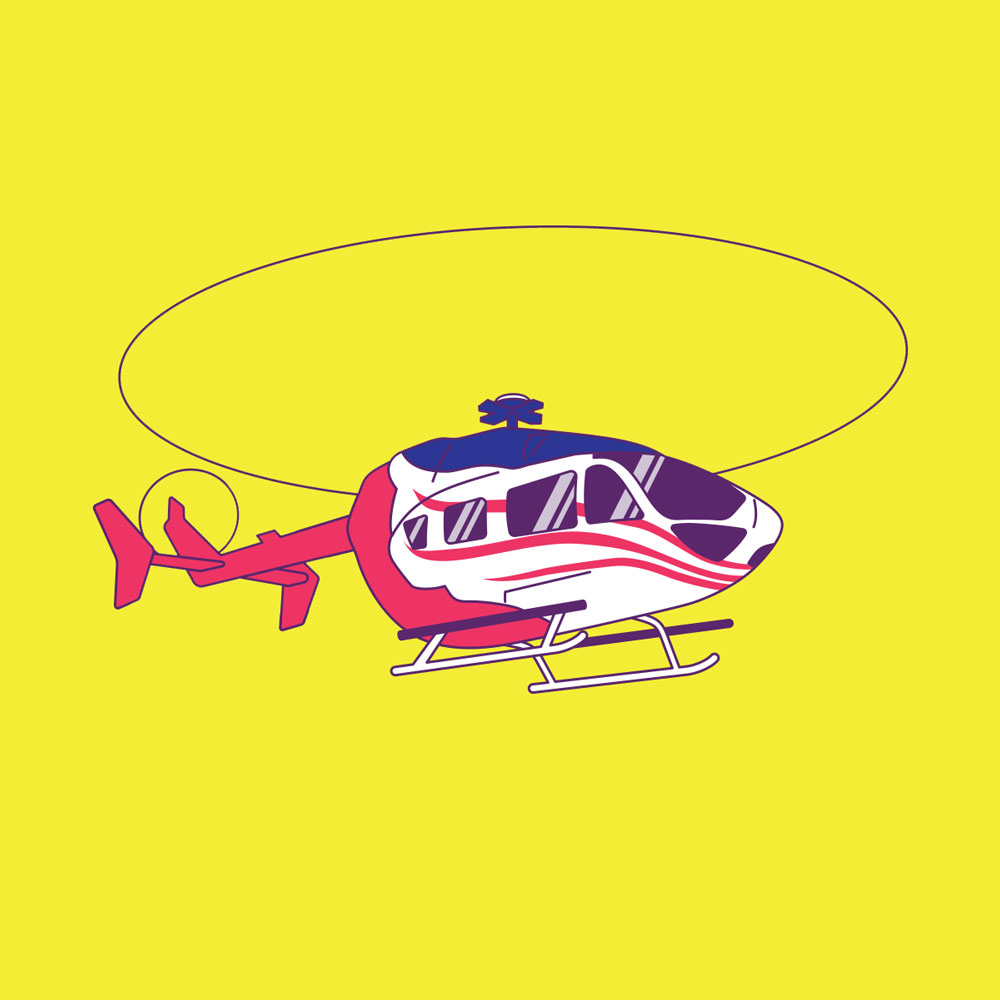 Critical patients who arrive via Life Flight helicopter will be transported straight to the new, larger emergency department by dedicated elevator. The parking garage adjacent to the trauma center can offer drive-through treatment during flu season—so patients can keep germs to themselves—or be converted into a massive triage center in a regional emergency, such as an earthquake. And speaking of quakes, the new hospital was built to withstand an 8.0.