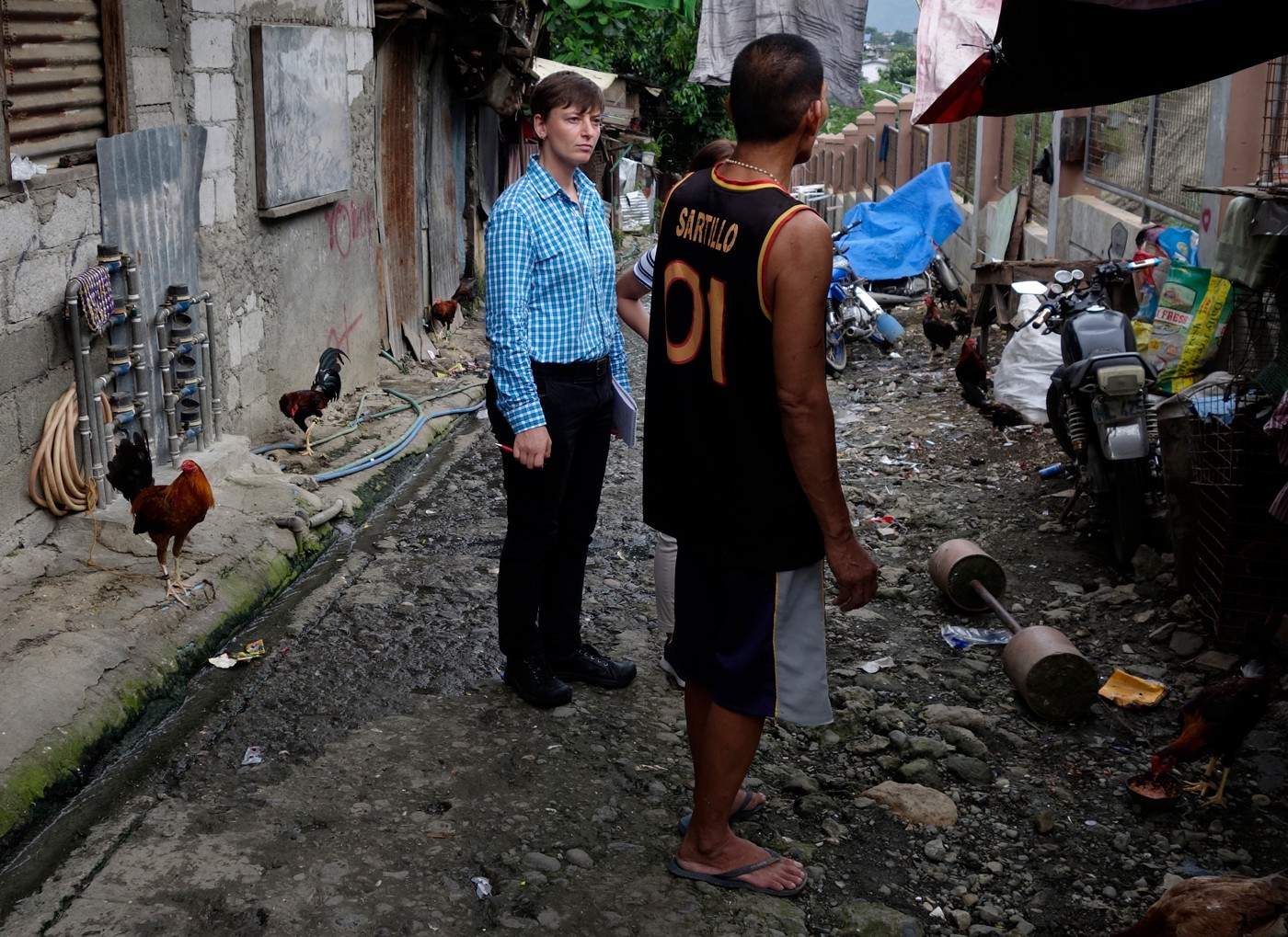 For months, Reuters investigative reporter Clare Baldwin, ’05, visited police stations throughout Metro Manila, the government seat of the Philippines, to request crime data that were technically public but rarely made it into journalists’ hands. Her diligence paid off: She secured the entire crime record for two major cities. The data revealed patterns of systematic and brutal police killings under President Rodrigo Duterte’s bloody war on drugs, leading to a series of investigations that won Baldwin’s team the 2018 Pulitzer Prize for International Reporting. “We’ve helped nail down the record and I feel really good about that,” Baldwin says. But she’s frustrated by the lack of immediate change. “You want the killings to stop and that doesn’t happen.” Baldwin is now reporting on the persecution of the Rohingya people in Myanmar, continuing the work of two of her colleagues who have been jailed since December by the Myanmar government.

Before college, Baldwin was a dedicated journalist, reporting and photographing for her local newspaper in the afternoons once high school let out. At Stanford, she took a hiatus, though she says her major in English and minor in human biology have been critical to her career. Hum Bio, she says, trained her “in being really precise and knowing what makes a data set robust,” while poetry “was like a microstudy in language.” Baldwin joined Reuters in 2009 and covered law, business and technology from San Francisco and New York before moving to Hong Kong, where she is currently based.

The landmark radio telescope has an unusual history.