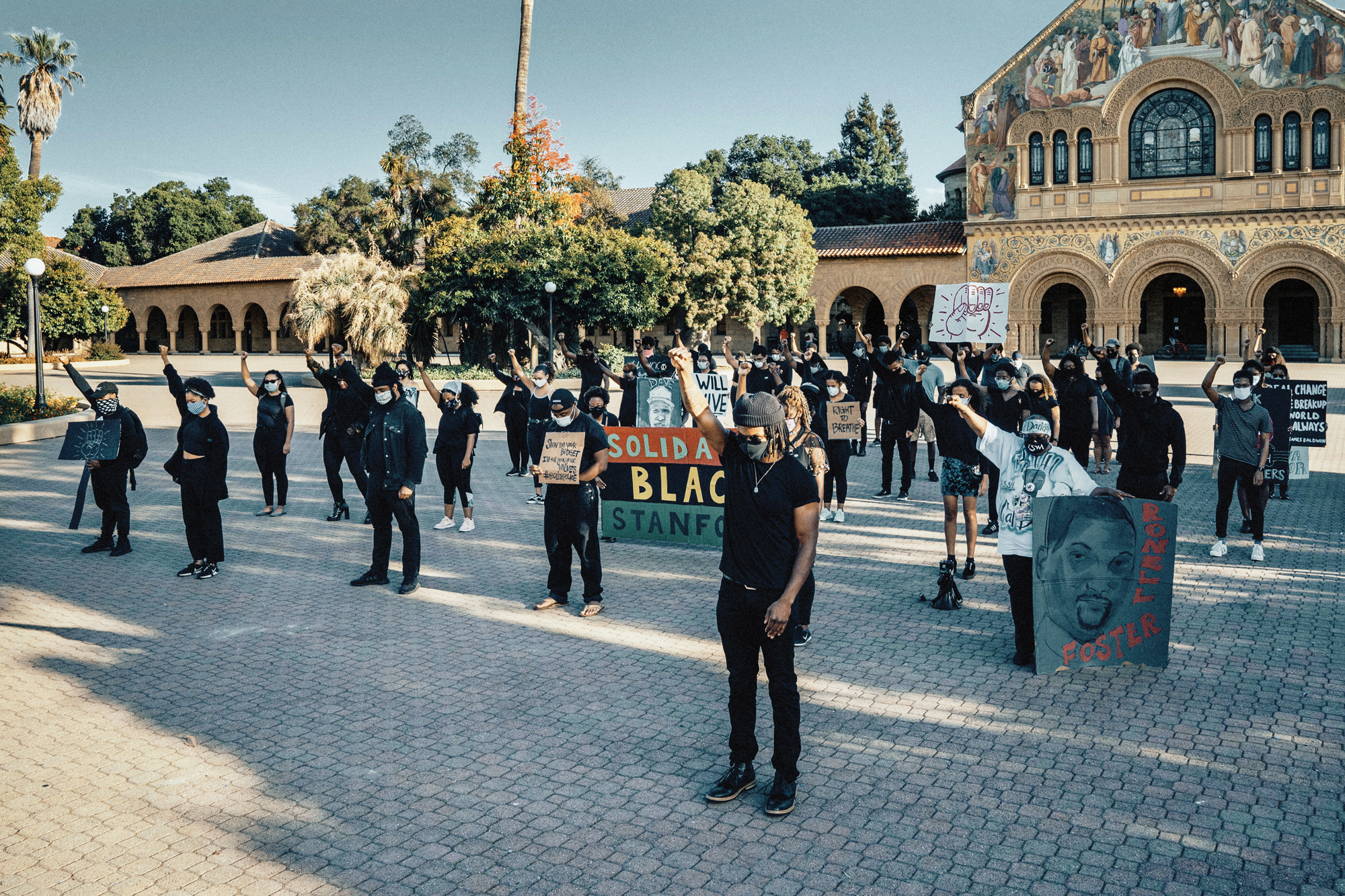 Amid worldwide activism against police brutality and racial injustice in early June, documentary film graduate student Adrian L. Burrell gathered just over 100 of the students remaining on campus and community members on the Quad for a solidarity ceremony. Black participants assembled in a socially distanced arrangement in front of Memorial Church to demonstrate unity: “We wanted to show we’re on the same page,” Burrell says. Allies lined the edge of the Quad. “That’s how we needed them to show up for us,” he says, adding that he was glad to see that hard conversations as well as efforts to dream and build together had started happening among students. The ceremony “was a symbolic moment for the Black Stanford community and for the wider diaspora. We’re here, we’re together, and we should start reimagining what our systems will look like. Because our current systems aren’t working.”

A Hard Look at How We See Race

Jennifer Eberhardt’s research shows subconscious connections in people’s minds between black faces and crime, and how those links may pervert justice. Law enforcement officers across the country are taking note.