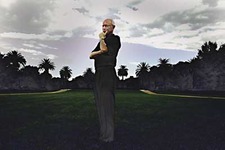 There is no dimming of house lights, no moment of dark silence, no curtain rising on a decorated stage set. There are just fluorescent overheads, actors in street clothes seated on chairs, and assorted local folk assembled in Stanford’s CERAS building as though awaiting a lecture. But there’s magic nonetheless: on this night, a play is being born. Ashes, by Bay Area playwright Cherylene Lee, is the last of eight premieres inaugurating Stanford’s National Center for New Plays, an incubator that gives playwrights an audience and feedback for their works.

Lee, with several awards to her name, has had numerous plays produced by regional and off-Broadway theatres. Tonight’s drama is about three siblings who take a wild road trip to the Grand Canyon to scatter their parents’ ashes. Before the actors begin, Lee asks the audience to think about two questions while watching the play: What do you believe happened? What do you want to happen?

The action begins as 18-year-old Hope, her brother Intrepid (Trep), 16, and their 10-year-old sister Serendipity, or Sera, roll down the freeway trying to make sense not only of their parents’ untimely death in an automobile accident, but also the discovery that they’ve inherited massive debt racked up by their parents’ overspending and their father’s chronic unemployment. Tensions mount as their vehicle breaks down and they run out of food and water. The only passerby on the long, lonely road is an uncaring truck driver whose presence proves more disturbing than helpful. Is it the summer heat, or something else—Hope and Sera both have “visitations” by their mother, granting them a measure of comfort and helping all three come to terms with what happened. Still, the sun beats down as the children wait in their Jeep. Will help arrive?

When the reading is over, Lee seats herself next to the actors and reminds the audience of her two questions. A measured silence falls over the room as people collect their thoughts. Before long, hands are shooting up. The 30-odd attendees, current and retired Stanford faculty and adults from nearby communities, have been going to these readings as part of a continuing studies course, Innovation and Exploration at the Theater (Drama 192). By the end of the course, taught by the new center’s director, David Goldman, they’ve got the hang of witnessing—and, in a sense, participating in—the messy, creative art of playwriting.

“The story centered a lot on the issues of truth/falsehood, trust/no trust, reality/unreality,” comments one woman. Other feedback: “Would a truck driver really leave three children with no water”; “I see it as an allegory of the bankruptcy of the consumer culture”; “I needed more resolution at the end.”

Asked how the reading has influenced her, Lee says, “I realize from audience feedback that the play does work and that the characters are sympathetic. From hearing it out loud, though, I can tell I have to make the oldest sister bossier at the beginning so that the actress knows where her character needs to start in her developmental journey.” What’s next? “Oh, I’ll be sending the play around to theaters after I make some revisions,” she says happily.

The readings have proven worthwhile for their audience, too. “It was the best course we’ve taken—and we’ve done a lot of them,” Susan Wexler said later. “My husband, Lewis, and I love theater, so it was exciting to learn how to think about plays critically. David Goldman is a treasure, and the fact that he’s come here is a great boon to Stanford.”

Goldman couldn’t be more pleased with the center’s debut. Eight years ago, he founded the National New Play Network, which officially produces several of the programs that the National Center for New Plays funds. In the autumn of 2004, he arrived at Stanford from New York with his wife, Carol Dweck, a professor in the psychology department. He brings more than 30 years’ experience to the task—as theater and film critic and arts editor for WCBS Radio in New York, and as director of some 50 plays in summer stock, at colleges and universities, and off Broadway. “My mission is both to support the continued life of new plays and to help develop an audience for them,” he says. “The future of theater depends on it.”

Goldman observes that the state of theater depends on where you live. Ticket costs for Broadway and off-Broadway plays “have effectively disenfranchised young audiences while removing the element of risk—a double negative that has led to the graying and even whiting of the commercial audience.” On the other hand, Goldman says, “Some of the most exciting theater I’ve seen has been out of New York and in theaters with 100 seats and $15 tickets.”

He sees the two organizations he founded as a way “to allow new playwrights to be identified, to help them grow, and to provide a payday that will keep them writing plays rather than becoming TV sitcom writers.”

To that end, the new Stanford center capped its first season with the National Showcase of New Plays, which coincided with the National New Play Network’s annual conference, also held on campus in June. Unlike the earlier spring series, which highlighted raw first drafts, this showcase presented 18 plays that were ready for full-scale production and had been nominated by established national theaters. There was no audience feedback; these readings were a chance for directors and theatrical producers to view new plays with an eye toward including them in their new season.

There was one household name on the roster—Athol Fugard, whose new play Exits and Entrances, about the friendship between an idealistic young playwright and a fading middle-aged actor, was featured. But by the end of the summer, Goldman reported that two plays besides Fugard’s had been picked up for production: Rust by Kirsten Greenidge and Sexsting by Doris Baizely in collaboration with Susan Raffanti.

Goldman plans to run the new play readings with the continuing studies program every spring, and the June showcase every other summer. This August, the center will host the first University Playwrights Workshop, where a dozen graduate student playwrights will be invited for two weeks of intensive work with top directors and dramaturges.

“My hope is that Stanford will become a national force in the field of new play development,” Goldman says. “What the National New Play Network and the National Center for New Plays at Stanford are doing is revolutionary, but only the beginning of an attempt at creating a national dialogue that will not only stop the bleeding but restore the patient to good health.”

Have Wheels, Will Traverse Central Asia