A Brief History of Faith

Campus religious life is more diverse than ever.

In these fraught times, religious differences seem as pronounced as ever in the wider world, and collisions between faith traditions and pluralistic societies continue to plague us. At Stanford, efforts to provide support for people of various faiths have had an uneven but ultimately positive history.

In 1903, when Jane Stanford erected Memorial Church in her late husband’s memory, she envisioned a sanctuary that would serve Stanford’s broadest religious needs. Church services would be nondenominational; differences between sects were to be minimized.

Hers was a pluralistic vision, one that aimed to be inclusive, though some have disparaged it as a practice of the highest common denominator of the various Christian faiths. A century and a quarter later, it’s easy to recognize that Jane had some blind spots. Those who did not fit her Protestant construct struggled to bend the Founding Grant’s dicta. Sometimes it was easier to apologize than to ask permission.

For example, the Catholic community found a loophole to the Memorial Church-only campus worship restriction when the Women’s Clubhouse opened in 1915 as a gathering place for nonresidential coeds. The university oversaw neither the Clubhouse space nor its programming, leaving open the possibility of celebrating Mass in what was essentially non-Stanford, on-campus space. (Mass could not be celebrated in the church as it is not nondenominational: Protestants cannot partake in the Catholic rite of Holy Communion.) University permission was neither sought nor denied, and Mass went on in the Clubhouse for decades. 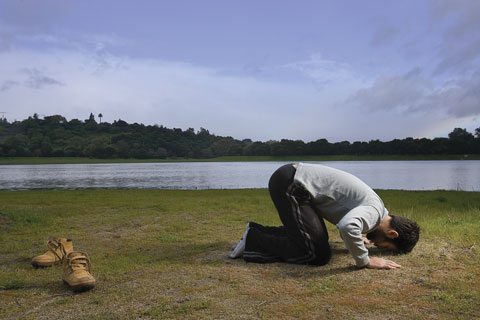 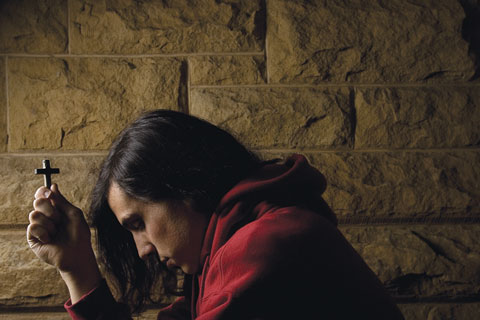 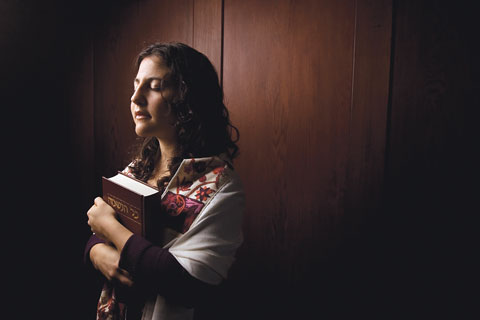 But in 1946, when the university assumed Clubhouse oversight from the YWCA, the loophole closed. Mass was banned once again, sending Stanford’s Catholic community to establish its home off campus, in Palo Alto. It would take 20 years and the collective efforts of Father John Duryea, Professor Robert McAfee Brown, ’39, and campus religious groups before Mass was celebrated in Memorial Church.

The Jewish community at Stanford also struggled to find its place on campus and outside the church, where Christian iconography made Jewish worship difficult, if not impossible. Hillel, the Jewish community’s campus organization, had an office off-campus, above a Palo Alto tire store. The small space could not accommodate worship. So in 1966, when a Jewish medical student requested a nightly campus gathering to recite the prayer of remembrance for his recently deceased father, Hillel Rabbi Charles Familant appealed to Professor Richard Lyman, then chairman of the President’s Advisory Committee on Religious Activities, for permission to accommodate the student’s request in the Clubhouse. Private services were approved, but when the daily gathering spilled over to “public” Sabbath services, Lyman’s committee drew the line. 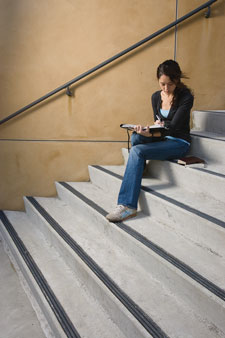 The Stanford Daily headline “Rabbi Barred from Services” set off a series of newspaper stories, debates, discussions and a supportive refusal by all campus ministers to hold services in Memorial Church. The following Friday evening, the Clubhouse overflowed with students—many not Jewish—who came in solidarity. Trustees felt bound by the worship restriction in the Founding Grant; religious communities demanded a solution.

In an interpretation worthy of King Solomon, soon-to-be-Dean of the Chapel Davie Napier proposed broadening the definition of Memorial Church from the building itself to all activities under its auspices, which included Hillel. It was a de facto removal of the nondenominational requirement. On May 9, 1966, the Trustees conceded. Finally, in 1973, the terms of the Founding Grant were legally amended, forging a path for all religions for the future.

Rabbi Patricia Karlin-Neumann became the first non-Christian associate dean of the chapel in 1996. It did not take long for Dean Robert Gregg to adjust obsolete Christian nomenclature: Gregg and Karlin-Neumann became dean and associate dean for religious life, respectively, and Campus Ministries became Stanford Associated Ministries, which today boasts some 29 affiliated groups. Most are international, evangelical and denominational varieties of Christianity. There are also Baha’i, Hindu, Jewish, Mormon, Muslim and Sikh groups.

Given the high percentage of students who do not identify with any particular religion, Stanford’s Office for Religious Life has modified its mission. It now strives “to guide, nurture and enhance spiritual, religious and ethical life within the Stanford University community.” Prayer is permitted almost anywhere on campus. Many religions worship at the sanctuary at the CIRCLE—the Center for Inter-Religious Community, Learning and Experiences, on the third floor of Old Union. Just outside the sanctuary, men’s and women’s foot-washing rooms have been constructed for use by Muslims, whose tradition calls for washing the feet before praying. The Windhover contemplative center takes its inspiration from the late Professor Nathan Oliveira’s Windhover paintings, which serve as a metaphor for flight and freedom.

Dean for Religious Life Jane Shaw observes that since Jane Stanford’s time, Stanford has evolved its definition of pluralism. 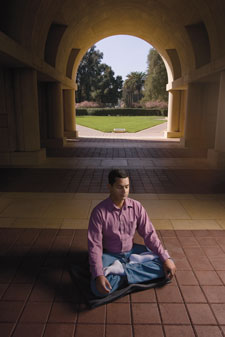 “We’ve moved from [Jane Stanford’s notion of] ‘We’re all the same, really’ to a realization that only by saying who we are and what we are can we enter into real conversation,” she says.

Key Office of Religious Life programs include “What Matters to Me and Why,” a lecture series that encourages reflection within the Stanford community in order to better understand the lives and inspirations of those who shape the university; and the Rathbun Fellowship for Religious Encounter, for students who “demonstrate a genuine desire to explore religion in their lives, and a willingness to listen and learn from those with different backgrounds.”

“Our aim is to promote enriching dialogue, meaningful ritual and enduring friendships among people of all religious backgrounds,” fellowship facilitator Karlin-Neumann says.

She says a low point in her Stanford experience came in a celebration of Israel Independence Day, with a simultaneous counterdemonstration against what Palestinians call the holiday: Nakba, or “the catastrophe.” Two members of the fellowship—one pro-Israel and one Egyptian—demonstrated in White Plaza carrying placards conveying their conflicting positions.

But when the clock struck 1 p.m., each put down his sign and the two embraced.

Challenges persist. As recently as spring 2016, the ASSU Senate struggled over a bill to fight anti-Semitism. Raising the issue triggered speech that split the community. But such incidents have also unified students to speak out against bigotry in all its forms.

And so we evolve. The beat goes on. And one can’t help but wonder, what would Mrs. Stanford think?

Susan Wolfe, ’81, is a Palo Alto writer. From 2014 to 2016 she served as president of Hillel at Stanford, which celebrated the 50th anniversary of High Holy Day services on campus this fall.

Research team parses the interplay of violence, corruption and community.