When the Social Security Act of 1935 established 65 as the age of retirement in the United States, Monopoly was advertised as a “sensational” game and Fred Astaire was a socko performer. Also, people said socko. The average monthly Social Security check, which started rolling out a few years later, was around $22—if you lived long enough to qualify for it. The average life expectancy at the time was 60 for men and 64 for women.

Life since then has changed—and extended—dramatically, but the expected retirement age has barely budged. Of the babies born in the United States today, more than half can expect to celebrate their 100th birthday, and these future centenarians are just the latest additions to a slow-growing but inexorable “gray tsunami” that is increasingly worrying economists, health care providers and employers. If young people today live life as their parents have, preventable medical conditions will proliferate, pressure will increase on an already jeopardized Social Security program, and a shrinking labor force will bear the burden of an entire generation of out-of-work, elderly TikTokers. We may have cracked the code on how to live longer, but we still haven’t addressed the critical question of how to manage 35 years of “extra” time.

Laura Carstensen, professor of psychology and founder of Stanford’s Center on Longevity, has been studying the gift and curse of a longer life for three decades. “When we hear these negative, frightening kinds of predictions about the future, they’re all premised on the idea that nothing changes,” she says. Fortunately, change is not only possible but also the reason people in the United States are living longer in the first place. Investments in science, technology and policy to date have primarily protected young life, Carstensen says. In the 20th century, reductions in infant mortality, advances in sanitation and medicine, and the creation of child labor laws earned us the single greatest increase in life expectancy in human history. Now, she says, it’s time to focus on the other end of the age spectrum.

The New Map of Life paints an ideal employment picture with shorter workweeks and more flexibility to leave and return to careers.

That’s what the Center on Longevity has done for the past three years. To create The New Map of Life, a report published by the center in November 2021, a team of postdoctoral fellows reimagined a society molded around 100-year life spans. They analyzed nine domains—including the built environment, health and technology, and financial security—and identified ways to enhance the quality of century-long lives, especially in terms of belonging, purpose and worth. Their recommendations address everything from the depth of subway steps to the number of hours in the workweek. “What we’ve come to see is that they’re all connected, and that is why we need a big grand plan,” Carstensen says. “In some ways, the hardest time is right now: What’s the first step?”

Many assume that the government will lead the charge by enacting policies that reshape school, work and retirement, but Carstensen doesn’t foresee that happening until individuals break from convention. And although serious disparities exist across socioeconomic groups in the United States, with zip code alone a predictor for up to 20-year differences in life expectancy, she has identified five ways that nearly everyone can prepare for better longer lives, starting now. 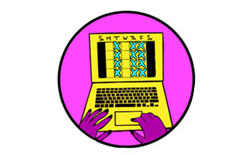 Plan to work longer and differently.

At 65 years old, workers are bursting with knowledge and are often at peak performance in their careers. Combine that with studies linking retirement to substantially higher rates of depression and physical illness, and there is a strong case for staying in the workforce past the age set by the Social Security Act. This doesn’t have to mean working a traditional 9-to-5 at age 95, though. The New Map of Life lays out options for working less rather than full time or not at all. Consider a “glide path” into retirement that involves decreasing work hours gradually over a period of years. Look into educational opportunities that allow you to learn new skills or redirect your career path. Or try a “returnship,” a twist on an internship that incentivizes retirees to return to the workplace to share expertise and alleviate labor shortages.

The New Map of Life paints an ideal employment picture with shorter workweeks and more flexibility to leave and return to careers, which could take some pressure off those decades in which Americans tend to burn the career-and-family candle at both ends. While her ideal isn’t yet a reality for most people, Carstensen cites pandemic-driven remote and hybrid work models as a sign that things are moving in that direction: “COVID has opened big cracks in our current culture, our current system. This is an ideal time to begin to make some big changes.” 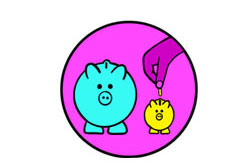 Change how you save money.

One counterintuitive change longer lives may afford is the option of maintaining a smaller savings account. “The typical financial advice is to keep saving an increasingly larger pot of gold for the end. You’re told that unless you really save a lot of money, you’re going to be poor,” says Carstensen. But she suggests that people—especially young people—base their financial plans on a shorter retirement that starts later and includes occasional paid work.

She urges those hoping to fully retire at the traditional age to look at the arithmetic and factor in decades of no income. Referring to the research of John Shoven, professor emeritus of economics and a founding faculty member at the Center on Longevity, Carstensen cautions: “You can’t save enough in 40 years of work to support yourself for another 30.” 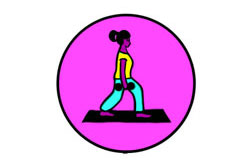 One of the most important ways you can prepare for a longer life now is to maintain health and functional mobility with regular exercise.

On average, Americans over 30 gain about a pound a year, and by 40, they begin to lose muscle mass. But many resulting health changes that were once thought to be inevitable signs of aging can, in fact, be attributed almost entirely to disuse. A moderate-intensity exercise routine—for example, 30-minute walks five times a week and muscle-strengthening activities twice a week, per the CDC—can mitigate common medical conditions like hypertension and high cholesterol while decreasing the likelihood of osteoporosis and improving neurocognitive function. “[Function] is what’s really important,” Carstensen says. “If we’re going to live much longer, that’s really only going to be satisfying if we can be relatively healthy for most of those extra years.” 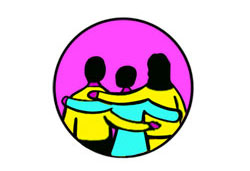 Hang on to friends.

Midlife for many is packed with child-rearing and the most productive years of work. Consequently, close friendships are often deprioritized. That’s a risky move, according to Carstensen. She recommends making an effort to put friendship high on your list, especially during your busiest years, when it’s at risk of slipping away. “Our social relationships are strong predictors of our health and even length of life,” she says. Loneliness represents a significant public health risk, with many studies now attributing years of life expectancy to the quality of social relationships. But maintaining a social scene doesn’t mean you need to be the life of every party. In general, people with three to five close friends report the highest levels of life satisfaction. 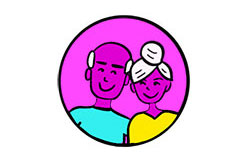 “When we ask people how long they expect to live, people tend to look to whatever ages their parents lived to, and that’s how long they think they’re going to live. That’s not a good measure anymore,” Carstensen says. Her frustration is that although we’ve added 30 years to our life expectancy, we’ve merely tacked them on to the end. She wants people to think about 90- and 100-year lives now, and make plans that take advantage of those extra 30 years throughout their lives. Pick up a new sport at 40, go back to school at 50, start a new career at 60.

When Carstensen and her team conducted a survey asking people what their goals, hopes and dreams would be if they lived to 100, “the most common responses we got were ‘I hope I don’t have dementia’ and ‘I hope I haven’t run out of money,’” she says. “We need to raise the bar.”

Ricardo Muñoz wants to ‘give psychology away’ worldwide.