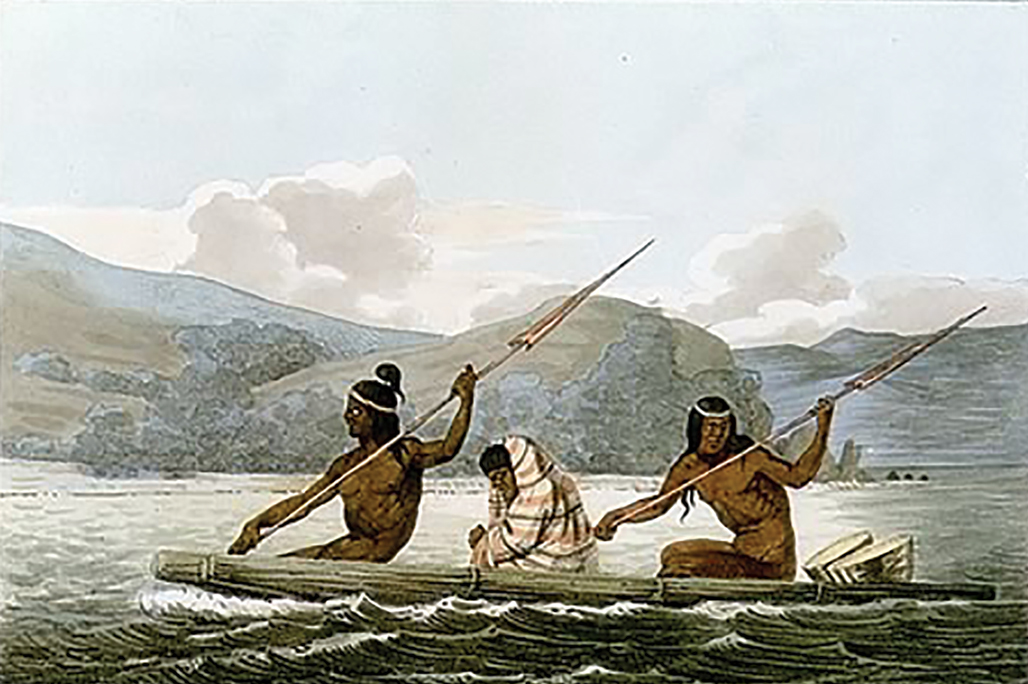 Several generations of archaeologists—beginning with Professor Mary Sheldon Barnes, who led undergraduates on some of the area’s first digs in the early 1890s—have unearthed evidence that native people lived on land now occupied by Stanford as far back as 3000 B.C.E.

They discovered the remains of two year-round Muwekma-Ohlone villages: one in the Jasper Ridge area and another on the banks of San Francisquito Creek near the present-day shopping center. Artifacts pulled from the ground included stone tools, abalone beads, bird-bone whistles, soapstone ear spools and combs intricately fashioned out of deer shoulder blades.

When the first Spaniards arrived in the late 1700s, an estimated 10,000 Muwekma-Ohlone Indians were living throughout the Bay Area, clustered into 40 tribelets of 50 to 500 members. Over the next 50 years, disease and forced resettlement diminished those numbers to less than 2,000. By the time Leland Stanford purchased his stock farm in 1876, hardly a trace of these people remained. 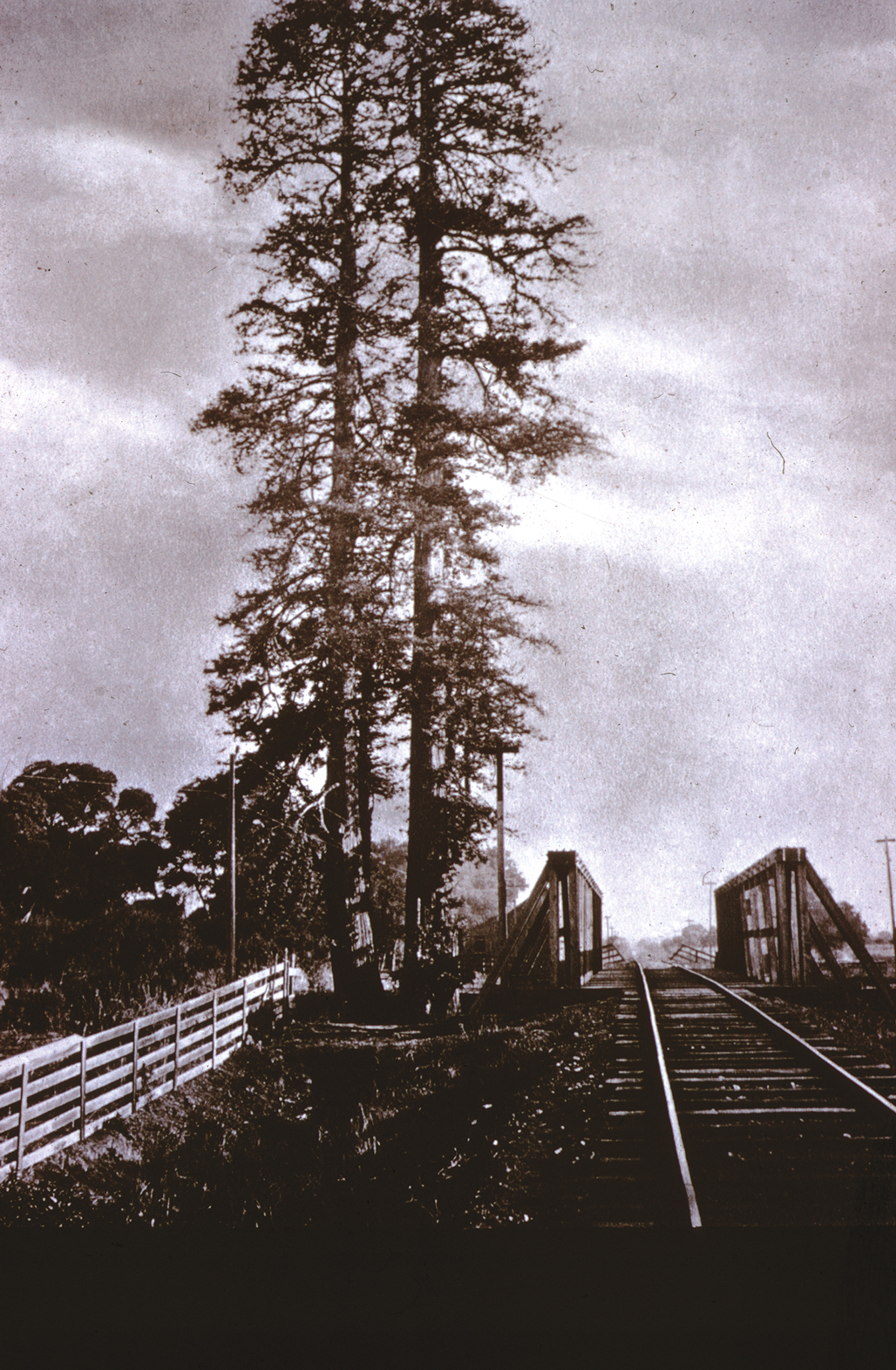 At the same time that inhabitants of the Thirteen Colonies were beginning to organize against British tyranny, Spain was busy colonizing large areas on the other side of the continent. In 1769, an exploring party led by Gaspar de Portola traveled north from San Diego, where the Spanish had recently established a fort. Along the way, Portola’s band “discovered” a number of places, including the mouth of San Francisco Bay.

In November, the expedition camped near a giant redwood along San Francisquito Creek. Portola—for whom Portola Valley is named—dubbed the spot “El Palo Alto,” or tall tree. The tree, designated No. 2 among California Historical Landmarks and the inspiration for Stanford’s institutional logo, is now more than 1,000 years old. 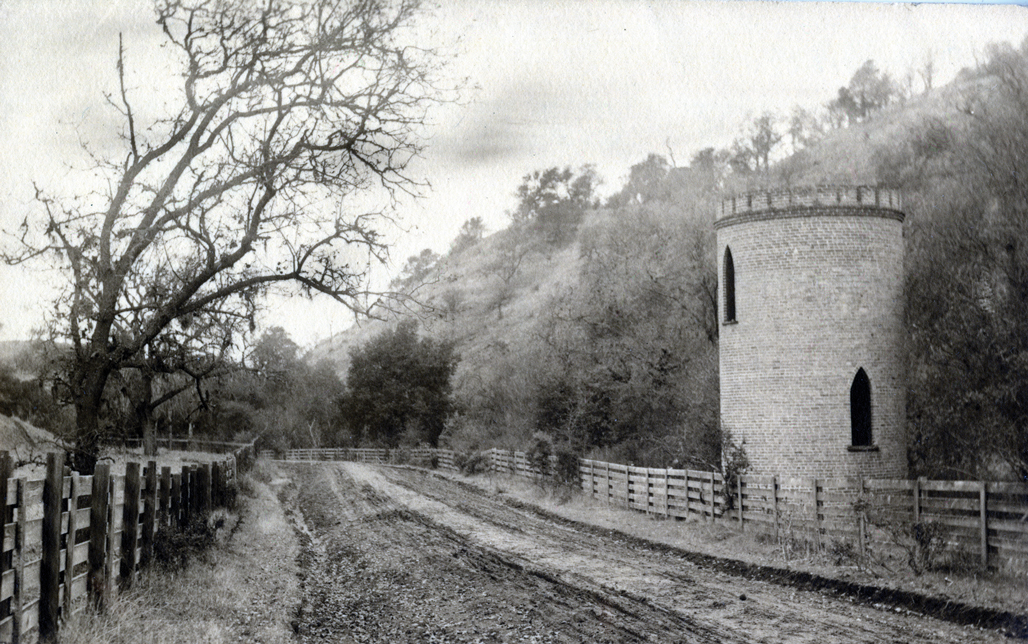 A Mysterious Frenchman Built a Farm

In 1874, a French financier named Jean-Baptiste Paulin Caperon arrived in the Santa Clara Valley and purchased 1,400 acres in the College Terrace area of what was then known as Mayfield. Locals knew him as Peter Coutts, a name he had borrowed from a dead cousin to avoid financial and legal problems in Europe.

Coutts established a working farm that included a large dairy operation and hundreds of acres of orchards. He built Escondite Cottage for his children and their governess; it is now used as an administration building. He also erected along Matadero Creek a 50-foot brick tower—Frenchman’s Tower—which still stands. In 1882, Coutts moved back to France and sold his property to Leland Stanford, who added it to his Palo Alto Stock Farm.

Coutts’s true identity remained a secret to locals until 1925, when his full personal history was revealed by a granddaughter during an interview.