The use and sale of your personal information is overwhelming, and you can’t stop it. Here’s why you should still try. 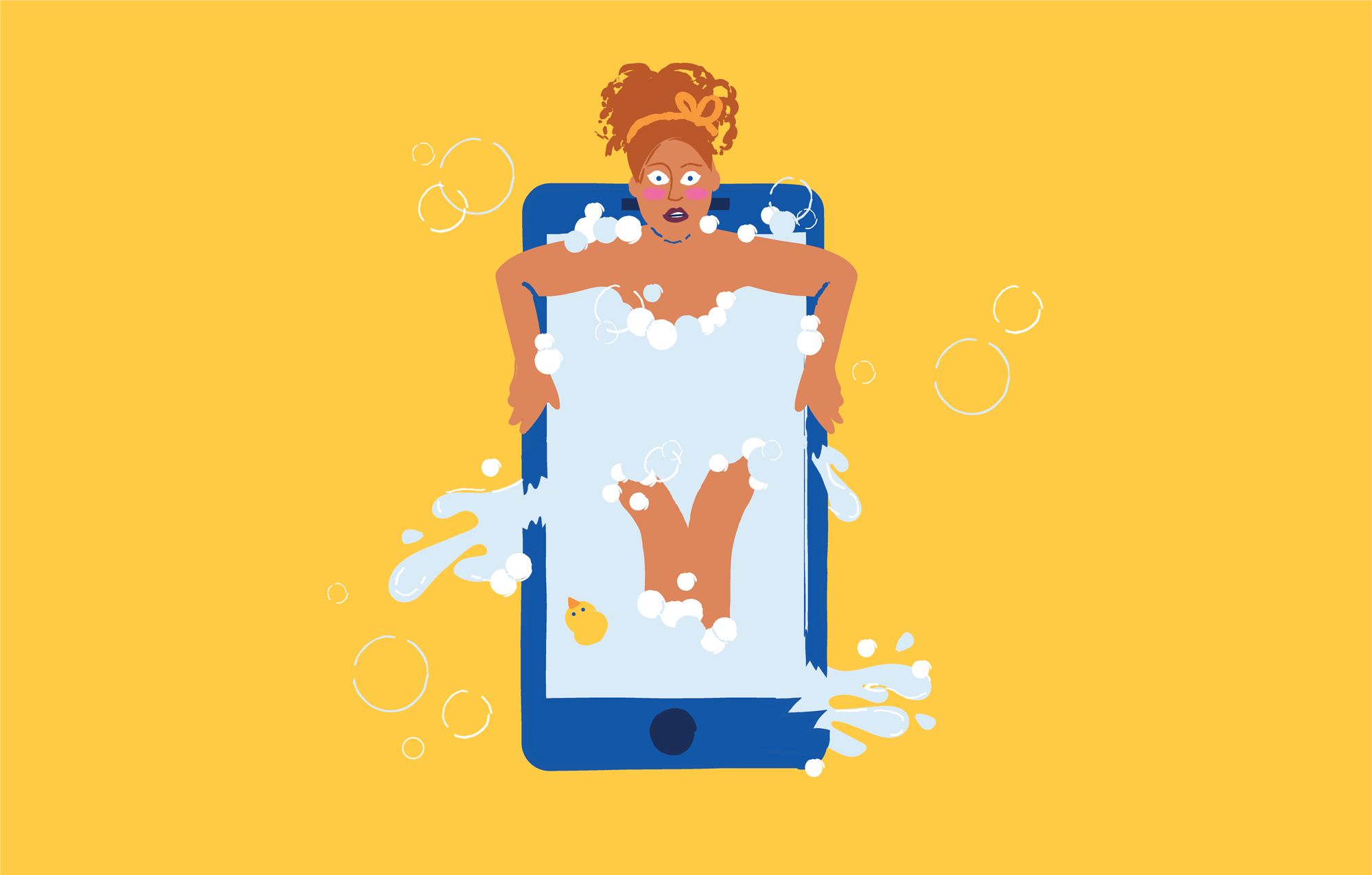 “I’m super boring. I’m sure nobody cares enough about what I do to pay attention. It’s not like I’m planning on murdering anyone or anything.”

Those are the resigned comments of someone (probably you) who is overwhelmed at the mention of the words “privacy policy.” Information on where you go, what you buy and what you search for is being collected constantly, through every device you’ve got.

But you knew that. The question is how to tackle a problem most of us barely understand. If there are a hundred leaks in the bathtub, is it worth trying to plug just a few?

Jennifer King is director of consumer privacy at Stanford Law School’s Center for Internet and Society. She agrees that defending your data against vague enemies is completely overwhelming, and she says that until regulations change (or are enacted in the first place), you won’t be able to stop them from acquiring it. But she believes you still should try.

You may have nothing to hide, but the creepy way that cute pair of shoes follows you online is not the real risk. “One of the things we see with these different systems that can track you and infer a great deal about you is that [your information] ends up getting used adversarially against you in ways that you don’t even know,” King says. In other words, your online world could be filtered based on the information known about you. Maybe you won’t even see a job listing because you’ve been identified as a woman in her prime reproductive years. Or maybe you’ll spend more than your neighbor for those cute shoes because the online retailer knows your price. You can be disadvantaged in ways that are impossible for you to detect.

King’s second reason to fight against the erosion of privacy? It’s not just about you. “The analogy I’ve been bringing up lately is bathrooms,” King says. “Nobody wants to use the bathroom without a door in public. We rely on some level of privacy at the societal level, even if maybe we’re not particularly taking advantage of it. What concerns me is that this march toward giving it up ends up hurting us on a societal level, because before we know it, it’s all just kind of whittled away.”

Stopping as many leaks as you can—and generally refusing to buy into a culture that expects you to freely give away all your boring little secrets—will help. But since these leaks are everywhere and you’re just one person, King has a strategy for you: Attack the areas that are the least regulated and where you have the most to lose.

Your smartphone was designed to be promiscuous. Turn off location tracking on your apps. Almost none of them (even your weather app) really needs to know precisely which building you are sitting in. And lest you think that innocuous little app has nothing to gain from your location, remember that this is an interconnected web of exploitation. That app (especially that free app) company may stand to make money by selling your information to someone else.

Unfortunately, turning off location tracking doesn’t stop everything, King says. Your efforts will stop third-party apps from finding you via GPS, but they can still track you via an IP address or Bluetooth. (Apple has recently started asking whether you want to allow an app to use Bluetooth. Consider saying no.) Furthermore, the makers of the device still know where you are. Even so, turning location tracking off for your apps does close one path, and that’s worth something. Pat yourself on the back.

While you’re on your phone, reconsider using third-party apps to pay for things. While your credit card and bank surely know a lot about you, including your propensity to pick up pizza on your way home, banks are regulated. Third-party payment apps are not beholden to the same rules.

And delete the Facebook app from your phone. “It’s just too leaky,” King says. Any social media platform theoretically has greater access to data via an app than through a browser. You can also “pause” your history in YouTube’s settings, making it more difficult for you to be profiled. And if you’ve got school-age children, they’re on YouTube, so King suggests looking into YouTube Kids for added control.

2. Your computer, the gossip queen.

If you’ve made it this far, you’re probably starting to hyperventilate because you’ve realized everything is connected. They know where you live, which is why you can do a search from the “privacy” of your laptop only to have ads for nose-hair trimmers start appearing on your significant other’s screen. Resist those cookies. They actually do “improve your experience” in some ways, but third-party cookies from a site’s advertisers are another way your behavior can be tracked. Block them.

King also suggests using an independent, privacy-minded browser. These should block those third-party cookies for you, as well as perform other tech voodoo to help keep your activities anonymous. King also likes to use a privacy-preserving search engine for basic searches. Your search results may be less personalized—and also less filtered. Think about it—nobody needs to know anything about you in order to tell you which movie you know that guy from.

It may seem off-topic, but King sees just as many risks in your genetic fingerprint as she does in your digital footprint. Once the province of homicide and sexual assault detectives, DNA evidence is poised to become a law-enforcement tool to solve a broader range of crimes. And the Department of Homeland Security is piloting a program to gather DNA from migrants at the U.S.-Mexico border that would be submitted to the FBI. Meanwhile, the companies collecting DNA from eager consumers to provide insights into their genetics and ancestry are largely unregulated, with no compelling need to act in the public interest.

King says in the case of DNA, you need to think beyond yourself. In the same way you could be discriminated against for traits revealed by your location and purchase habits, releasing your DNA means you are making as-yet-unknown decisions that could affect your siblings, your kids, your grandkids, even a distant cousin you’ve never met who pilfered a candy bar from the drugstore. Keep your spit to yourself. (If you’ve already discovered that you are genetically predisposed to like dark chocolate, you can look into deleting your data.)

Extra credit: Delete all the things.

This could be time-consuming. In California, the new Consumer Privacy Act gives residents the right to know what data companies are collecting about you. But it doesn’t change what they can gather. While this act is a first step, King says it keeps the responsibility on you (rather than companies) to hunt down your data and get it deleted. Still, you might decide it’s worth your efforts, particularly for very leaky apps.

And talk to your household about taking the above steps. Remember that location can be discerned in multiple ways. Even if you have mobile app location tracking turned off, you may discover ads for your dream Hawaiian holiday following you online because after you talked about the trip over dinner, someone else in the house searched for hotels on their device. One bright spot, King says: There is confidence that legitimate commercial apps aren’t turning on your phone’s mic and listening in. If you can’t figure out how your F2F conversation got into your social media feed, it’s probably based on shared location.

King encourages treating privacy like recycling. If you need to throw away a can, you don’t just toss it to the ground. You hold on to it until you see a recycling bin. Think of privacy the same way: Don’t automatically accept the status quo, or that an app needs your contacts and location. Hold on to your boring bits of aluminum until you can find a good way to deal with them, even if it’s kind of a hassle. You’ll make the impact you reasonably can until regulations are in place to do more for you. Besides, King says it’s not actually privacy that keeps her up at night. It’s climate change.

Summer Moore Batte, ’99, is the editor of stanfordmag.org. Email her at summerm@stanford.edu.

How to Limit Distraction

Author Nir Eyal discusses how people can control their device use and thus their lives.