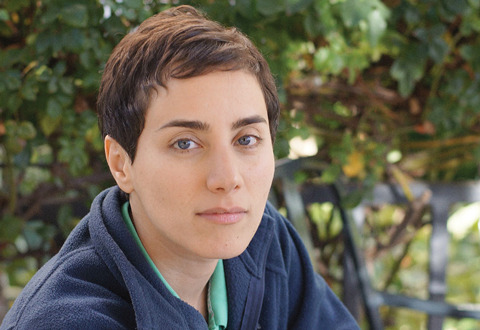 Stanford professor Maryam Mirzakhani’s genius flourished in theoretical worlds as undecipherable to the outsider as code.

Put in the plainer language of the New Yorker, she was “a virtuoso in the dynamics and geometry of complex surfaces.” And more so, she was a hero: the only woman — and only Iranian — to win mathematics’ preeminent award, the Fields Medal.

Her death from cancer this summer at age 40 was grieved around the world. “Maryam is gone far too soon, but her impact will live on for the thousands of women she inspired to pursue math and science,” Stanford President Marc Tessier-Lavigne said.

A late arrival to mathematics, Mirzakhani had first dreamed of being a writer, though once she was engaged in the subject, it was clear she was marked for greatness. In 1994, Mirzakhani won gold as the first girl to compete for Iran’s International Mathematical Olympiad team. A year later, she returned to the competition, notching a perfect score and winning another gold.

That promise was soon realized. Her 2004 dissertation at Harvard was hailed as a masterpiece that solved two longstanding problems, yielding papers in the top three mathematics journals. “The majority of mathematicians will never produce something as good,” Benson Farb, a mathematician at the University of Chicago, said.

In recent years, she worked to describe a phenomenon physicists have long struggled to decode: the trajectory of a billiard ball around a polygonal table. That seemingly simple investigation led to a 200-page paper acclaimed as a “a titanic work.”

A “slow” mathematician, Mirzakhani worked by doodling on large sheets of paper and scribbling formulas around her drawings, a process her young daughter called “painting.”

“You have to spend some energy and effort to see the beauty of math,” Mirzakhani once said.

Letters to the Editor - September 2017

The undergraduate Class of 2021 has arrived. A few facts:*