Traditions That Came and Went

When the Daily began, and a bonfire went out. 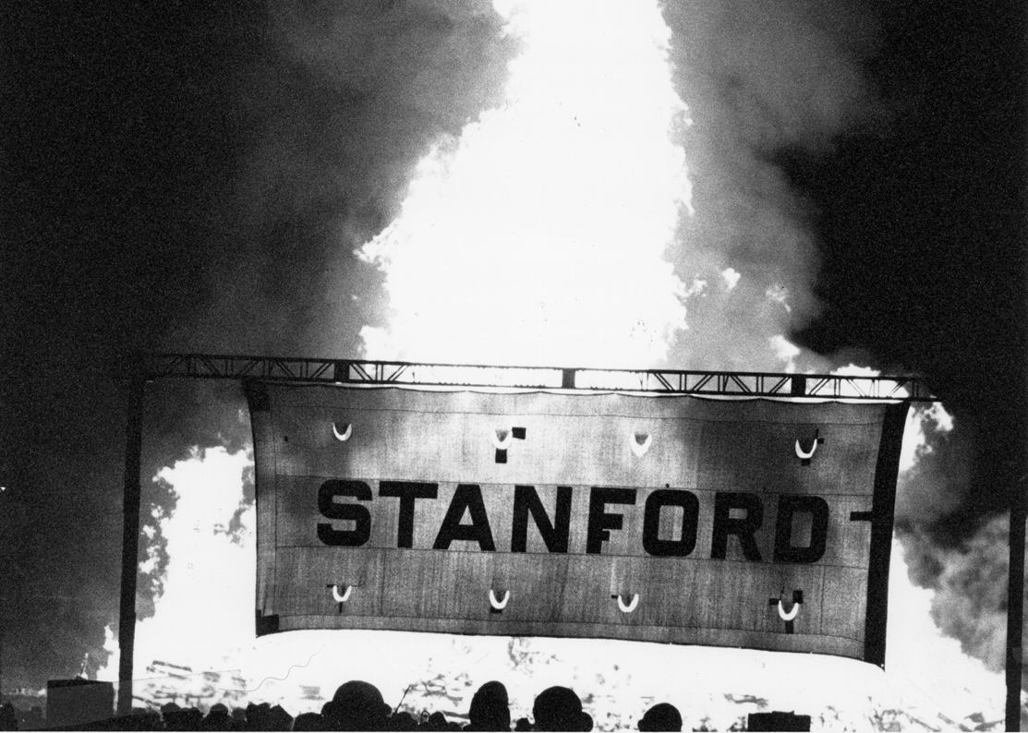 The first issue of the Daily Palo Alto (later renamed the Stanford Daily) appeared in September. Stanford was the eighth university in the United States with its own student newspaper. Referred to as the Dippy, a nickname that persisted for years after the paper’s 1926 name change, the DPA was recognized for temperate and accurate reporting, especially when compared with the sensational journalism of San Francisco.

With the establishment of a national wartime draft, male undergraduate enrollment dropped 30 percent, from 1,700 in fall 1916 to 1,200 in fall 1917. Draft boards would not grant student exemptions, on grounds of favoring a special class. President Ray Lyman Wilbur, Class of 1896, MA ’97, MD ’99, and other college presidents worried that a young draftee army would force many colleges and universities, including Stanford, to close, especially when the draft age was lowered from 21 to 18.

Protesters object to CIA on campus

Protesters temporarily blocked access to Encina Hall, where the Central Intelligence Agency had scheduled recruiting interviews. The November 1 protest, instigated by the national organization Students for a Democratic Society, included verbal confrontations with the interviewer. University officials launched judicial proceedings against 10 demonstrators. The ensuing legal battles led to major campus disruptions in May 1968. 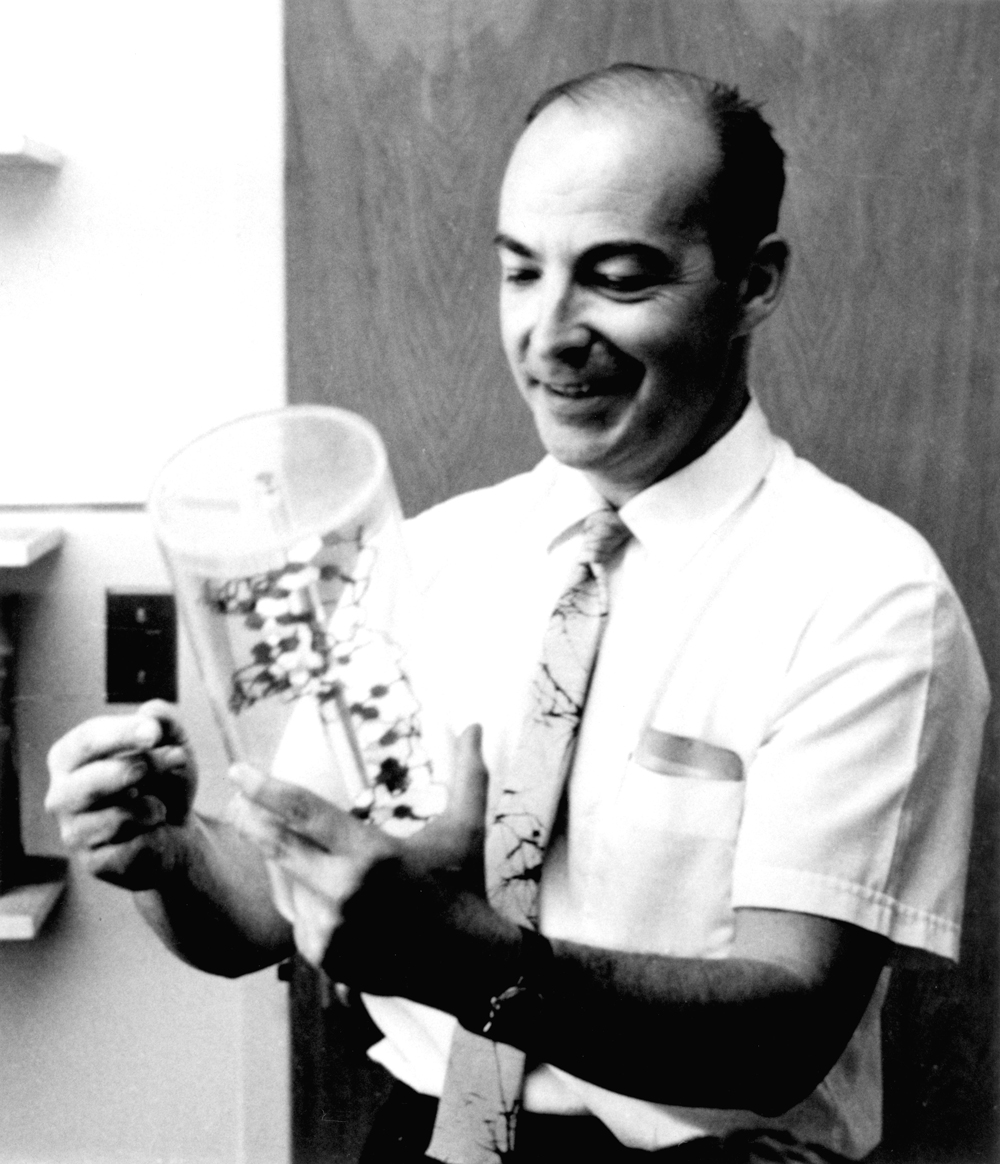 Scientists manufacture synthetic DNA
Nobel laureate Arthur Kornberg and colleagues succeeded in manufacturing synthetic DNA. This demonstrated that scientists would be able to manipulate enzymes and DNA building blocks to carry out error-free synthesis of small chromosomes containing several genes, and opened the way for understanding the genetics of more complex organisms and their role in health and science.

President Gerhard Casper and head football coach Bill Walsh led torchbearers to light the traditional Big Game Bonfire in Lagunita’s dry lakebed. It turned out to be the final one held there. The following year, researchers discovered that the lakebed was the last known breeding site of the threatened California tiger salamander. Smaller bonfires have been held in other locations since 1992, and a small, illegal fire was staged in Lagunita in 1999, but despite student efforts, the Big Game Bonfire tradition has largely faded.

History Corner is produced by the Stanford Historical Society .

How a handful of Daily faithful made it possible to thumb through the pages of Stanford's past without ever leaving home.